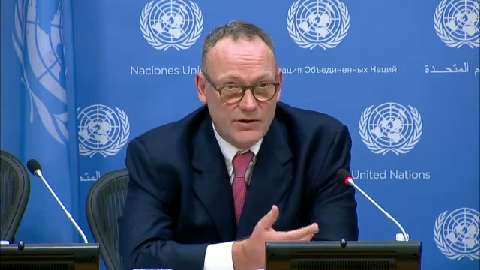 59. In 2015, Sri Lanka seemed to have turned a corner. New elections brought to power a coalition government and with it the promise of change. Human Rights Council resolution 30/1, co-sponsored by Sri Lanka itself, set out key goals for reconciliation, transitional justice, accountability and reform of the security sector, including the counter-terrorism framework. Yet, after a two-year extension granted to the Government in resolution 34/1, progress in achieving the key goals seems to have ground to a virtual halt. None of the measures so far adopted to fulfill Sri Lanka’s transitional justice commitments are adequate to ensure real progress.

60. The counter-terrorism apparatus is still tainted by the serious pattern of human rights violations that were systematically perpetrated under its authority. At the time of writing, the PTA remained on the statute book. The new draft Framework largely reflects the interests of the security sector and is far from being adequately grounded in international human rights law. Individuals are still held in detention under the PTA, impunity is still the rule for those responsible for the routine and systemic use of torture, and countless individuals are the victims of gross miscarriages of justice resulting from the operation of the PTA. The Tamil community remains stigmatised and disenfranchised, while the trust of other minority communities is being steadily eroded.

61. Sri Lanka must urgently implement the commitments made in resolution 30/1 to address the legacy of widespread and serious human rights violations that occurred in the context of the internal armed conflict in the country. The pervasive climate of impunity and the lack of accountability for serious human rights violations that occurred both during the conflict and in the aftermath requires immediate redress.

The security sector is in need of urgent reform. The counter-terrorism legislation requires a complete overhaul to bring it into line with international human rights law. A failure address these issues promptly and effectively will provide fertile ground for those intent on resorting to political violence, as real and perceived grievances are exploited by militants to garner support amongst vulnerable and alienated sections of the population. The price that Sri Lanka’s future generations will have to pay for the continuation of this legal repression may prove as costly or even costlier than that
which has so far confronted the present generation.

62. The Special Rapporteur recommends that the Government of Sri Lanka:

a) Immediately establish a moratorium on the use of the PTA for new arrests until the Act is off the statute books and take urgent steps to repeal it.
b) Ensure that the new counter-terrorism legislation is fully in line with international human rights law
c) Immediately provide for prompt and effective judicial review of the legality of the detention of all those still held in detention under the PTA.
e) Submit all individuals charged under the PTA to a fair trial with allguarantees of due process.
f) Ensure that statements and confessions made by PTA detainees have no probative value in proceedings against them.
g) Establish a mechanism for reviewing all PTA convictions in which evidence of a confession to the police was central to the prosecution case.
i) Establish an independent effective and accessible mechanism to complain about torture and ill-treatment in all places of detention. Ensure that investigations into allegations of torture are launched ex-officio and that complainants are not subject to reprisals.
j) Ensure the availability of prompt, independent, adequate and consensual medical examinations at the time of arrest, upon entering a custodial or interview facility and upon each transfer.
k) Ensure that all interviews with detainees are fully in line with the Special Rapporteur on torture’s proposal for a Universal Protocol for non-coercive, ethically sound, evidence-based and empirically founded interviewing practices (A/71/298) and ensure that all interviews are videotaped.
l) Consider transferring those still in pre-trial detention or those serving sentences under the PTA to places of detention closer to their families, and the two Special High Courts dealing with PTA cases to majority Tamil areas.
m) Ensure that the right to habeas corpus is fully reflected in the future legislation, in line with the recently adopted United Nations Basic Principles and
Guidelines on Remedies and Procedures on the Right of Anyone Deprived of Their Liberty to Bring Proceedings Before a Court.49
n) Guarantee full and unimpeded access to counsel that speaks a language understood by the person detained from the beginning of the deprivation of liberty and throughout all stages of criminal proceedings.

o) Urgently ratify and implement the Optional Protocol to the Convention Against Torture, and enable the Subcommittee on the Prevention of Torture to carry
out regular unannounced inspections of all places of detention;
p) Ensure the National Human Rights Commission receives adequate resources to effectively fulfil its mandate, including regular, effective and independent
monitoring of all places of detention, the investigation of allegations of torture and illtreatment,and the review of legislation.
q) Publicly issue unequivocal instructions to all security forces to immediately end all forms of surveillance and harassment against human rights
defenders and PTA victims and their families.
r) Guarantee that all cases of hate speech and attacks on minorities are fully investigated, prosecuted and perpetrators punished, without discrimination.
s) Ensure minimum standards of detention in accordance with the Standard Minimum Rules for the Treatment of prisoners (Mandela Rules).
t) Urgently reform all the institutions of the security sector to place them under full civilian control and oversight. Develop a vetting process to ensure that all security personnel and public officials involved in human rights violations are removed from service.
u) Ensure that the security sector, in particular in the police, intelligence services and the military, adequately reflects the ethnic and linguistic makeup of the country.
v) Demilitarise the Northern Province, as a symbolic gesture of reconciliation and trust-building.
w) Implement the specific and detailed recommendations of the Special Rapporteur on torture (A/HRC/34/54/Add.2), of the Special Rapporteur on minority issues (A/HRC/34/53/Add.3), of the Special Rapporteur on the independence of judges and lawyers (A/HRC/35/31/Add.1) and of the Working Group on Enforced or Involuntary Disappearances (A/HRC/33/51/Add.2) following their mission to Sri Lanka, and of the Committee against Torture. (CAT/C/LKA/5).
x) Implement Human Rights Council resolution 30/1 in full, including by urgently operationalizing the Office of Missing Persons.

Read the full report as a PDF: Sri_LankaReportJuly2018.PDF