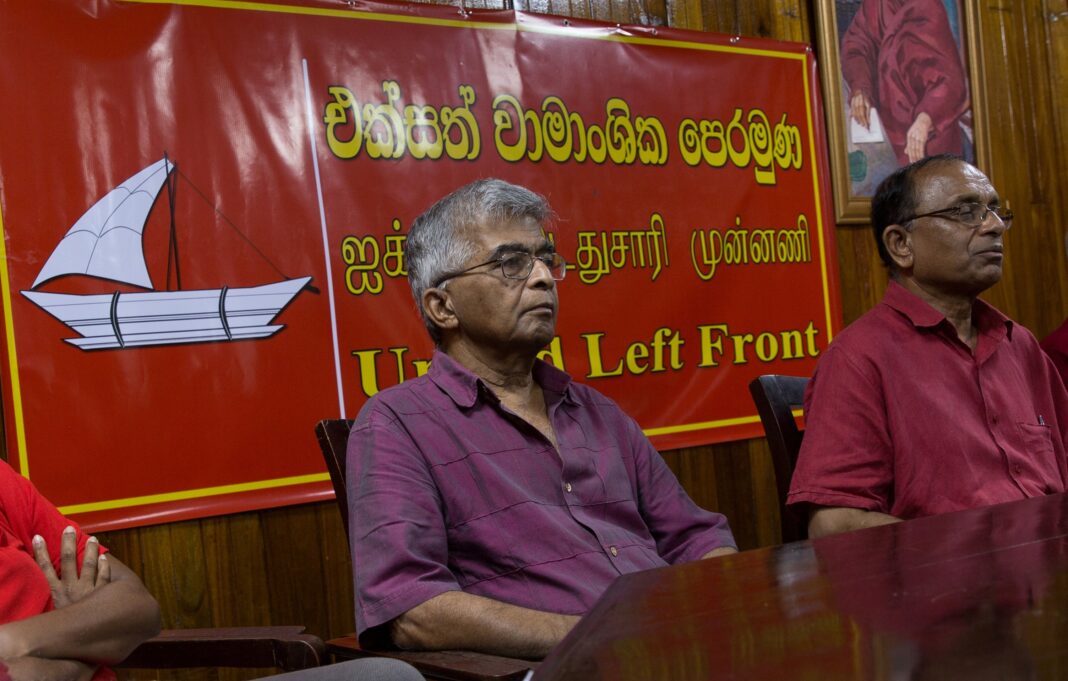 The United Left Front is concerned about reports that the proposed Twenty-First Amendment to the Constitution to be submitted by the Rajapakse-Ranil Government will be a 19 Minus rather than the 19 Plus that was expected. According to the latest draft, the President will be able to hold Ministries and dissolve Parliament after two and a half years. If the Nineteenth Amendment had not been repealed, the President would not hold Ministries and would be able to unilaterally dissolve Parliament only after four and a half years.

The United Left Front is also of the view that two vital provisions that were dropped from the Nineteenth Amendment during the committee stage in Parliament at the instance of the then Opposition should also be brought back.

The first sought to prevent lower courts from granting interim orders restraining the political party to which a Member of Parliament who crosses over belongs from holding a disciplinary inquiry that may culminate in the member losing his/her membership of the party and consequently losing the seat in Parliament.

The second was for the ratio between Members of Parliament and non-MPs in the Constitutional Council to be 3:7 and not 7:3 as finally enacted.

While going back to the Nineteenth Amendment is a step in the right direction, the inherent contradictions in the same due to there being two competing two power centres, namely the President and Parliament, must not be lost sight of. Only the complete abolition of the Executive Presidency can resolve those contradictions.

Today, the abolition of the Executive Presidency is a key demand not only of the protestors island-wide but also of the large masses of people who support the protests. If anyone had reservations about abolition, recent events that led to an economic and agricultural crisis unprecedented in Sri Lankan history and the breakdown of law and order should convince them that such crises could have been averted if there was collective decision-making through the Parliamentary process rather than unilateral decisions being taken by a President.