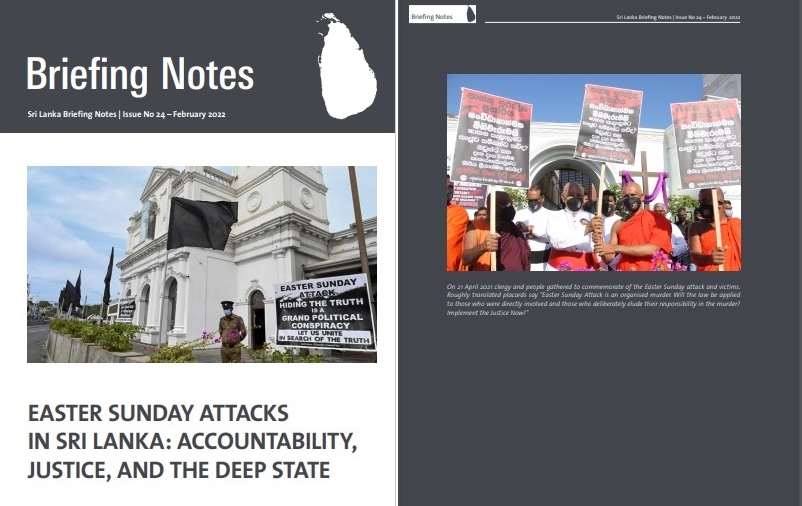 Victims, the Cholic church and the human rights community in Sri Lanka has been waiting for   justice all these years. They believe that whole truth about this heinous crime is being covered up.

Government has decided on a course of selective justice. Major recommendations of the CoI and PSC have been neglected.

Investigations have pointed towards an unexplained links between the military intelligence units and some of the suicide bombers and other suspects.

There are unanswered questions of the motives behind the series intelligence failure that led to unhindered access to extremists to launch their murderous plan.

Was it genuine intelligence of senior police officers or a deliberate attempt to obtain political mileage?  Was it the Deep State that was behind the Easter Sunday Attacks in Sri Lanka?

Given the impunity for crimes against humanity prevails in Sri Lanka and recent attempts to turn back some of the successful investigations into such crimes finding answers to those questions become more important.

This report presents information on the above issues in the hope justice will be done to the victims of the Easter Sunday Attacks in Sri Lanka.

Read the full report as a PDF:SLB Briefing Note No 24. Easter Sunday Attacks, Accountability, Justice, and the deep state