Banning a journalist form SLRC:  A strong indicator that journalists are under surveillance – Free Media Movement 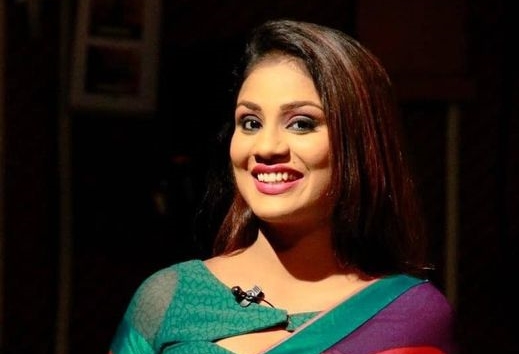 Producers of the program citing instructions received from its management have informed Parami Nilepthi Ranasinghe, who worked as a freelance journalist for the National Television, Rupavahni to refrain from reporting to work. She has also posted a note to Facebook in this regard.

Responding to a query made by the Free Media Movement regarding the incident, Parami Nilepthi said that the producers had said that her services were no longer required to supplement the programs including ‘Rivi Dina Arunella’ on the instructions received from the higher management. She added that the President’s Office had informed them not to employ her in the national television since her Facebook posts criticized the President and the government.

The Free Media Movement, which sees the incident as a serious violation of the freedom of speech and expression, reaffirms that even a journalist working for a state-owned media institution has statutory civil rights.

In addition, if Parami made any post, it is in her personal social media post. The Free Media Movement sees this as a very serious incident if a third party is paying close attention to these personal expressions and reporting to authorities creating a disturbing path for a witch-hunt.  This is a powerful signal regarding the continuous surveillance of media personnel.

In the past, the Free Media Movement has been paying close attention to this issue after several journalists complained to the IGP that they have a suspicion of being closely monitored. In such a context, the Free Media Movement believes that the Parami-related incident should not only be seen as a violation of freedom of speech and expression, but also as an indication that a sinister operation is underway jeopardizing the safety of journalists.