Bahu warns that Northern elections will be under martial law 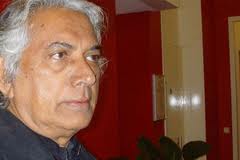 Nava Sama Samaja Party (NSSP) General Secretary said that the attack on Tamil National Alliance (TNA) parliamentarians in Jaffna shows that the local government elections in the north of Sri Lanka will be held under military rule. In a protest held in Colombo against the attack on a TNA gathering in Tellipalai on the 16th of June, Dr. Vickramabahu Karunaratne accused that the Sri Lankan military launched this attack with a political directive from the top.
Addressing the joint demonstration attended by members of the TNA, Democratic Peoples Front, United Socialist Party (USP) and Socialist Party (SP) General Secretary Vickramabahu said that it was a fully armed contingent led by a colonel and two majors that attacked a gathering of Tamil politicians and supporters preparing themselves for the local government elections in the north.
Dr. Vickramabahu who called for the immediate removal of emergency laws that paves the way for a military rule in Tamil Homeland said that there are sections of the government who are opposed to any Tamil political resurgence.
“We shall fight back, now the workers in the south are prepared to fight back. There are struggles in all sectors including university professors,” he further said.
Demonstrators held placards in Sinhala, Tamil and English warning that the elections will be held under martial law and calling to repeal the Prevention of Terrorism Act (PTA) and Emergency Regulations (ER).
SLG
Share
Facebook
Twitter
WhatsApp
Pinterest
Email