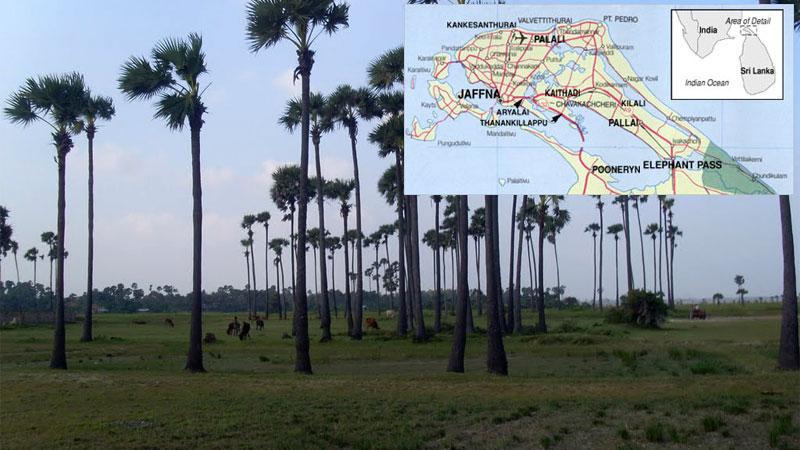 Going a step further on the promise given to the northern people, President Maithripala Sirisena will announce the release of the another 454 acres of land from the present Palali Army Cantonment area in the Thelippalai Divisional Secretariat area during his visit to the Jaffna peninsula tomorrow.

According to UPFA National List MP Angajan Ramanathan, the President will attend the ceremony to announce the release of these lands and several other houses built by the Army.

Jaffna Security Forces Commander Major General Mahesh Senanayake told the Sunday Observer that the lands to be released to the people are located West of the Palali runway.

“The Army will maintain two camps in the area released to the civilians and civilians will be allowed to live in coexistence with the military personal in that area,” he said.

President Maitripala Sirisena is expected to make this announcement when attending the ceremony to hand over 100 houses built by the Army in the Keerimalai area tomorrow.

The 454 acres of privately owned land in an the around Palali airport had been occupied by the security forces.

“To-date the Army has released 7,185.98 acres of land occupied by the military to the civilians,” he said.

Military Spokesman Brig. Jayanath Jayaweera said 100 houses built by the Army on land which was a part of the Kankasanthurai Cement Factory within the Palali cantonment area.

The military is releasing the lands occupied by them during the conflict in the North through a step-by-step process and has requested the Lands Commissioner to permit it to continue to hold 1,000 acres of the 4,000 acres currently held by the Army for national security purposes in the Valikamam North area.

The 30-year war resulted in mass scale internal displacement and people moved out of their homes and relocated in camps or homes of friends and relatives. Since the end of the ethnic conflict and under the current government, steps have been taken to resettle people in their home lands.

Last week too several people who had fled to Tamil Nadu as refugees returned home to resettle with their families. The government has been providing financial aid for those who have still not been allocated with lands or houses.

According to government sources with the release of these lands the resettlement of the displaced people in the Jaffna peninsula is due to be completed by March next year.