Another Injunction Issued by Courts Against a Workers’ Strike 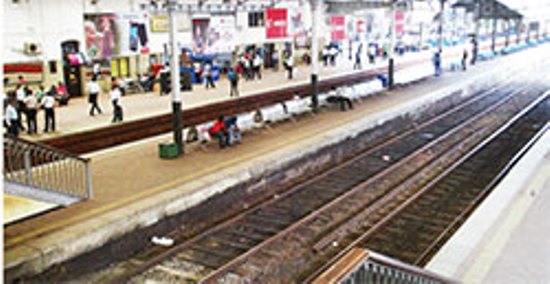 The Fort District Court (1) issued an injunction order yesterday that the Railway Professional Trade Union Alliance (PTUA) stop its strike. A group of railway commuters has moved the court.

Although about 380 passenger trains operated a day usually throughout the country only 80 trains coud be run with the help of pro-government trade union members during the strike.

Talks between the PTUA Finance Ministry Secretary Dr. P. B. Jayasundera on Thursday (9) had ended inconclusively, Vidanapathirana said. Although Dr. Jayasundera had promised to solve the issue within 14 days, the PTUA had not agreed to return to work, he said

PTUA Convener Janaka Fernando, contacted for comment, said the PTUA had not received the injunction order issued by the Fort District Court until last evening. The PTUA would honour the court order, he said.

He said that the governmnet’s failure to rectify the salary anomaly of the Supervisory Management Service personnel was the main issue. The government had been giving false promises for a long time. Even the discussion held with Finance Secretary on October 9 had not been successful and therefore the PUTA had decided against suspending the strike, he said.