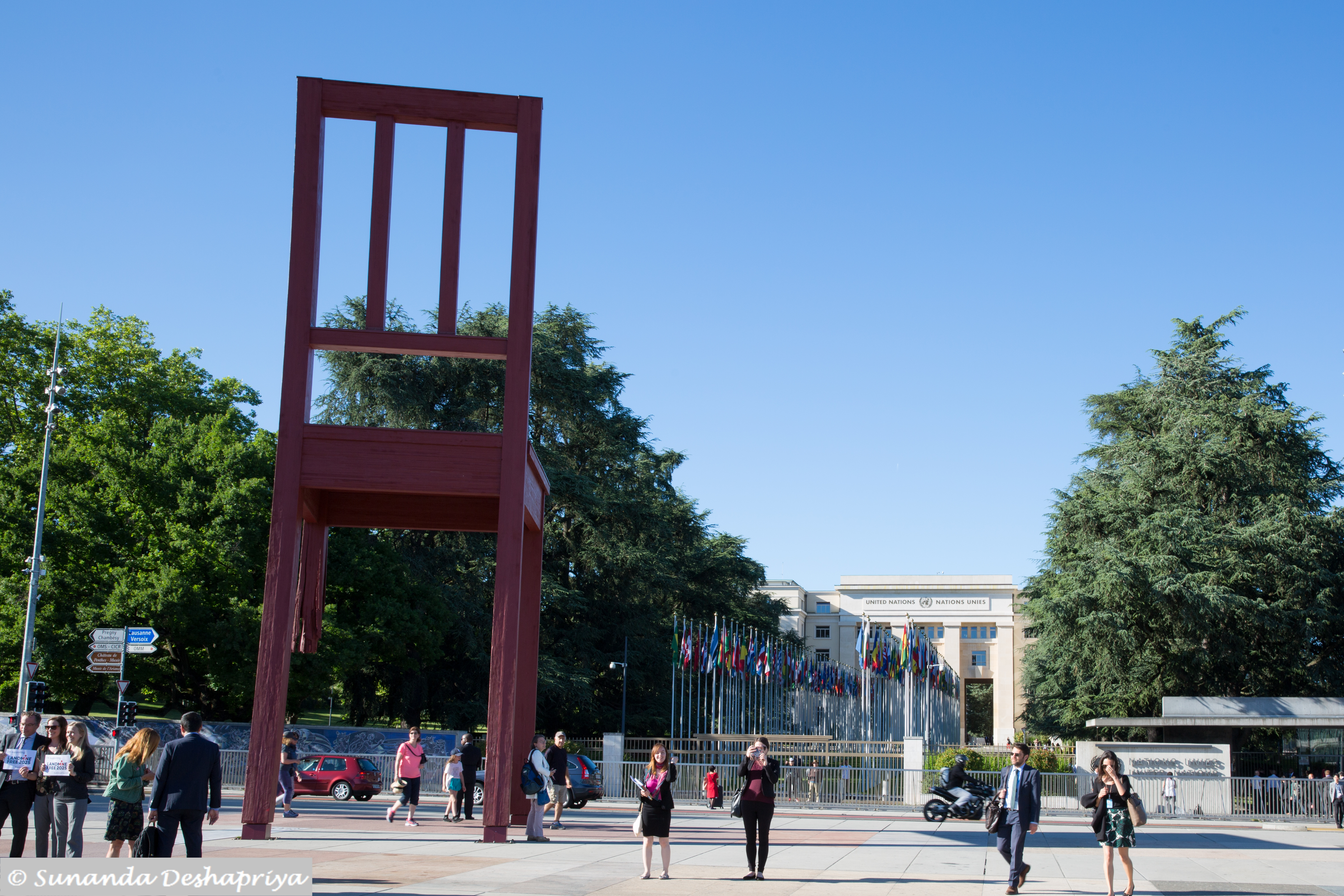 Sri Lanka moved from a post war suppressive political period to a new political transit period under a new government which came to power on 9th January 2015. The change has opened a space for the communities and civil societies in North and East areas to come out and openly express their grievances and to demand for their rights. Even though the situation may look positive still the fundamental rights are challenged by the continuing militarized and ethno-political institutions that continue to be exist in these areas. Besides, within the two years period the National Unity government has failed to prove its strong and genuine commitments on resolving the national question of minorities.

The Government of Sri Lanka cosponsored the Resolution 30/1 which was adopted in the United Nations Human Rights Council on 1st October 2015. As the Government of Sri Lanka has not duly fulfilled its commitments which are enshrined in the resolution 30/1, the Council has given 2years period of extension to Sri Lankan government in March 2017 to fulfill its obligations. But there are no signs from the side of the government to implement these commitments.

Therefore, we North and East Coordinating Committee (NECC) bring the political and human rights situation of the people of North East to the attention of the United Nations and the international community to assist and support the Sri Lankan government to fulfill its duties to its people.

Read the full report below which describes the N &E situation under 10 themes:

1. Challenges in the Transitional Justice mechanisms
2. Consultation Task Force and National Consultation was not officially recognized by the State
3. Prevention of Terrorism Act
4. Political prisoners
5. Enforced Disappearances
6. Ex Combatants
7. Rule of law
8. Gender based violence and sexual crimes
9. Development bill to reduce powers of the provincial councils
10. Resettlement is not carried out fully in the North and East and Continuation of Military occupation

Based on the continuing injustice and rights denial of the people of North and East by the Sri-Lankan state. we appeal the United Nations and the International community to consider our following recommendations positively and to assist the Sri-Lankan government to fulfill its obligations to its people in North and East:

1. To promote transitional justice process in a holistic manner, we insist the Sri-Lankan government to establish a “Ministry of Human Rights and Transitional Justice”

2. To legalize the transitional justice process, we insist the Sri-Lankan government to create “Transitional Justice Law”

3. To eradicate immunity and to promote reconciliation we demand for a justice mechanism with international judges

4. Sri Lankan government should officially disclose the truth about the involuntarily disappeared persons and persons who have been handed over to the military by their families and later gone missing. Actions should be taken to fully implement the recommendations of the UN Working Group on Enforced and Involuntary Disappearances.

5. The Directives of the Sri Lanka Human Rights Commission on the release of political detainees and review and reforming the Prevention of Terrorism Act should be taken into consideration while implementing international standards.

6. Inquires and intimidation against human rights defenders and civil society activists should be stopped immediately.

Read the full report as a PDF: NECC – Sri Lanka – May 2017 – An Open Appeal to UN and International Community