An attempt on a lawyer’s life; an attempt to use violence against lawyers opposing the government’s move to impeach the CJ 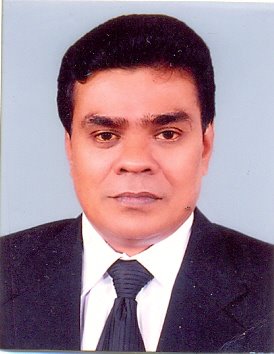 A Statement by the Asian Human Rights Commission
The Asian Human Right Commission has learned that there was an attempt at the life of Gunaratne Wanninayaka, the President of Colombo Magistrate’s Court Lawyer’s Association and the Convener of People’s March. He has played a very prominent role in fighting for the independence of the Bar for several years. He has actively participated against the impeachment move on Chief Justice Shirani Bandaranayake.

According to reports, a group of four persons have tried to follow him and tried to enter his house. He has managed to close the doors and prevent the entry of those persons. It is the view of many lawyers that this is a planned attack and perhaps the group was sent to carry out a mission of kidnapping or, more likely, assassination.

In fact, after the Bar Association meeting, where about 3,000 lawyers gathered last Saturday, the 15th of December, and passed a unanimous decision to oppose the impeachment move by the government and, particularly, the inquiry been conducted through the Parliamentary Select Committee. The lawyers clearly stated that if, without a proper process, the Chief Justice is removed, the bar will not welcome the person who is appointed in her place.

This is the worst defeat that the present government has suffered. It was a prediction by many that there will be retaliation against the lawyers, and particularly those lawyers who have taken active part in pursuing opposition to the government’s unprincipled attempt to remove the Chief Justice as a punishment for her being part of the Supreme Court Bench, which has given an adverse judgment against the government. On the 17th of December, the SLBC Program inappropriately named “People’s Power” carried out a scathing attack against lawyers. This is in retaliation against the vote by Bar Association. The whole method of this program is geared towards and creating hatred against the Chief Justice and all those who are opposing the impeachment move. There is a contempt of court case filed against the commentator of this program, Rajpal Abeynayake.

That the present government and, in particular, the Ministry of Defence, engage with any opponents of the government with abductions and assassinations is well known. The victims of such assassinations are many. The case of Prageeth Eknaligoda, who disappeared during the days preceding the last presidential election, has attracted protests locally and internationally. However, there has been no inquiry and representatives for the government have openly lied on this matter at the last session of the Committee against Torture in 2011. Lasantha Wickramatunge, the Editor of the Sunday Leader, was assassinated in broad daylight. Poddala Jayantha, a journalist, had his legs broken and finally, due to continuous harassment, had to leave the country. At this moment, many students in Jaffna are being arrested, tortured and imprisoned. Those who have suffered such political punishments have to be counted in their thousands.

The Asian Human Rights Commission calls on everyone, particularly all the lawyers of Sri Lanka, to come to the support of their colleague Gunaratne Wanninayaka, who has become a target of this attack.

We also hope that the UN Rapporteur on the Independence of Judges and Lawyers, the Commonwealth Secretariat and the Commonwealth Association of Lawyers and Judges, as well as Law Asia, the International Bar Associations and the International Commission of Jurists, and all others who stand up for rule of law and human rights, demand from the Sri Lankan government a credible inquiry into this attack and also a guarantee for the security of Gunaratne Wanninayaka. All the lawyers who have taken an active part in the lawyer’s movement in Sri Lanka for the independence of judges and lawyers should make themselves heard.
AHRC