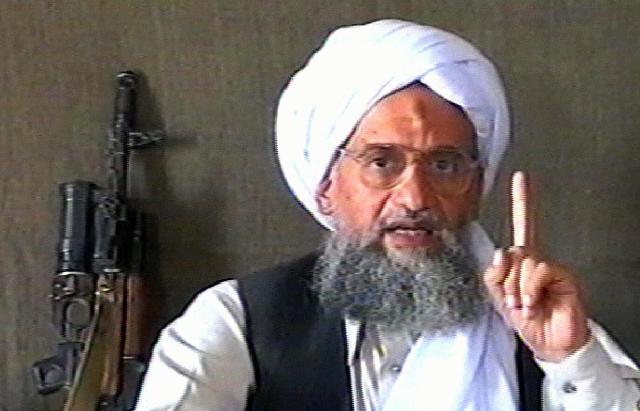 Ayman al-Zawahiri, the leader of al-Qaida, has announced the formation of an Indian branch of the extremist organisation, calling on Muslims across the subcontinent to join the “caravan of jihad”.

In a 56-minute video posted online on Wednesday, Zawahiri also renewed a longstanding vow of loyalty to Mullah Omar, the leader of the Afghan Taliban, and sniped at the Islamic State (Isis), the Syria- and Iraq-based group which has challenged al-Qaida’s increasingly shaky leadership of transnational Islamic militancy in recent months.

Zawahiri, who has led al-Qaida since the death of Osama bin Laden in 2011, said the new “Al-Qaida in the Indian Subcontinent” would be “the standard bearer” of Bin Laden’s “global message which aimed to unite the [world’s Muslims] in jihad against enemy, liberate occupied lands and establish the caliphate”.

It would fight on behalf of Muslims suffering “injustice and oppression … in Burma, Bangladesh, Assam, Gujarat, Ahmedabad, and Kashmir”, Zawahiri said.

Al-Qaida has struggled to respond to the challenge to its authority posed by Isis, which has seized huge areas of strategically vital territory in the centre of the Middle East, including cities, weapons dumps and oil fields.

One al-Qaida strategy to counter its decline appears to be an effort to build support among the nearly half a billion Muslims who live in Pakistan, India and Bangladesh.

The video calls for the establishment of an “Islamic state in the Indian Subcontinent” and emphasises al-Qaida’s traditional role of unifying disparate militant groups. The reference to the caliphate, in an edited speech by Bin Laden, also appears in part directed at the group’s new rivals.

“This new group has not come into formation in a single day, but attempts to unite the jihadi groups of subcontinent were going on for nearly past two years. This group will work under the central al-Qaida, which is an army among the armies … led by Mullah Omar,” it says.

The renewed pledge of allegiance to Mullah Omar, the Taliban leader, is a further sign that “al-Qaida Central” as it is known to specialists, remains focused on south and west Asia.

Since the mid-1990s, Zawahiri, who is believed to be based somewhere along the Afghan-Pakistan border, has repeatedly sworn bayat, or oaths of loyalty, to Mullah Omar in return for the safe haven the Taliban leader granted their followers and to further bind the Afghan Islamic militia into a global “jihadist” agenda.

Suggestions that the renewed pledge is a snub to Isis and its leadership are misplaced, experts say. A bayat is an affirmation of lifelong and exclusive personal loyalty. Even if Zawahiri was prepared to place himself under the authority of another extremist leader, which is extremely unlikely, to break a previous oath is almost inconceivable.

Abu Bakr al-Baghdadi, the leader of Isis, called himself a “caliph” or head of a global Islamic state in June and has demanded the loyalty of all Muslims. Last year he broke away from al-Qaida when ordered by Zawahiri, 63, to withdraw from Syria.

In Wednesday’s statement Zawahiri obliquely criticised his challenger’s efforts to administer areas Isis has seized in Iraq and Syria.

Al-Qaida’s leaders have explicitly shunned state-building as a strategy, preferring a campaign of spectacular violence including complex attacks on targets in the west which are designed to radicalise and mobilise Muslims around the world.

“If you say that by your jihad you do not want but the pleasure of Allah, then you must not race for governance and leadership at the first opportunity,” Zawahiri said in the new video, released in Arabic and Urdu, the language used by many south Asian Muslims.

The veteran Egypt-born militant leader has muted his criticism of Isis, which is in open conflict with the official al-Qaida affiliate in Syria, perhaps aware of enthusiasm for the group in militant circles and among younger volunteers.

“Discord is a curse and torment, and disgrace for the believers and glory for the disbelievers,” he said.

The statement also warned al-Qaida’s new wing against harsh measures against local populations – another complaint levelled against Isis by critics in Iraq and Syria.

“If you said that you are doing jihad to defend the sanctities of the Muslims, then you must not transgress against them or their money or honour, and not even transgress your mujahideen brothers by word and action,” he said.

Though there are some signs of increasing radicalisation in India, recruitment to extremist networks there is negligible. A handful of Indian Muslims appear to have however travelled to Iraq to join Isis.

Muslims account for 15% of Indians but, numbering an estimated 175 million, theirs is the third-largest Muslim population in the world.

The last section of this most recent video is the audio statement of Maulana Asim Umar, the apparent leader of the new al-Qaida in India organisation.

Umar, about whom little is known, has featured in two previous statements, one aimed at Indian Muslims in which he incited them to join the global jihadi movement and a second focused on Kashmir, the disputed Muslim-majority Himalayan region.

Allegations that the new Indian prime minister, Narendra Modi, allowed, or even encouraged violence in which 1,000 predominantly Muslim people died in Gujarat in 2002 have made him a target for Islamic extremists.

A video issued by Brotherhood for Monotheism in the land of Hind immediately after Modi’s win referred repeatedly to the events in 2002.

India has suffered repeatedly from domestic and international terrorist attacks. One of the most spectacular was in 2008 when militants from Lashkar-e-Taiba, a Pakistan-based organisation with links to the country’s security establishment, launched a bloody assault on Mumbai.

Jason Burke in Delhi
The Guardian