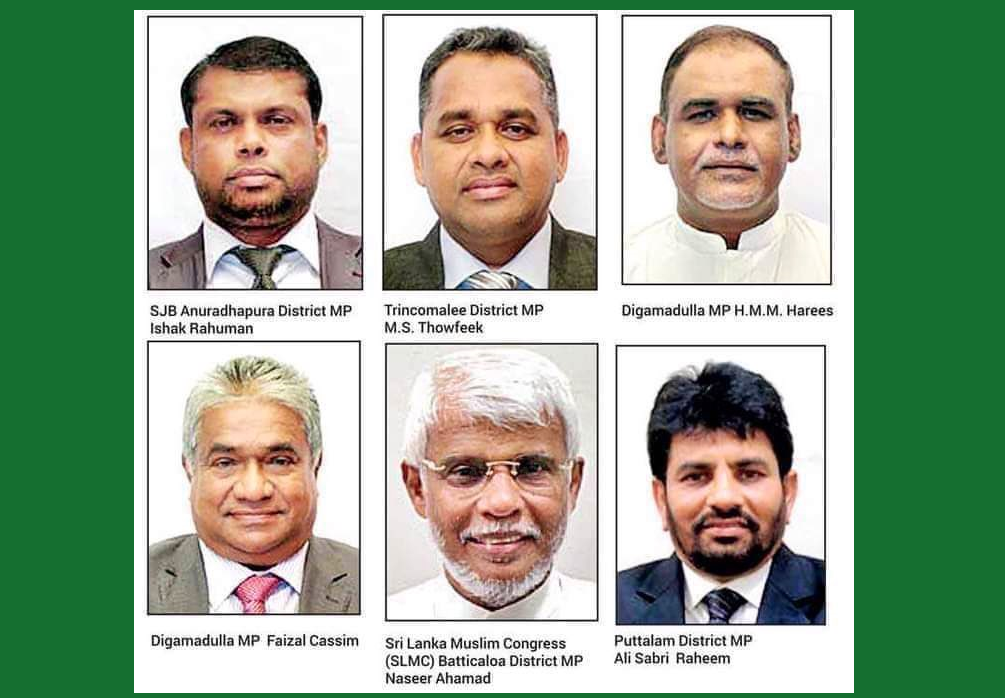 Image: At least those Muslim parliamentarians who voted for the 20th Amendment to empower NGR as an autocrat must come out now and join the Cardinal and the Catholic community, as an act of atonement for their treachery.

President Nandasena Gotabaya Rajapaksa’s (NGR) appointment of another committee of six, including one of his siblings and a minister, to study and report for action on an already submitted but extensive report of the Presidential Commission that investigated the Easter Sunday massacre, is a cynical exercise to coverup sensitive findings that may go against the regime.

Informed sources reveal that the committee consists members who do not even possess a GCE O/L qualification. How could such individuals read and comprehend a report that is no doubt filled with legal jargons and connotations? President NGR seems to have a nagging audacity to appoint unqualified individuals to task forces that demand expert knowledge. His Archaeological Task Force is a classic example of this incompetence. One can therefore understand Cardinal Ranjit’s outrage against this committee, not because of its membership alone but also because of its very purpose.

If NGR believes in accountability and justice he should have ordered the publication of the investigation report without delay or at least presented it to the Parliament. The public, and particularly the families that lost their dearest and nearest in that horror have a right to demand the truth.

Who was the mastermind behind that massacre? To put the entire blame on Zahran simply makes no sense, because he never had the talent and skill to plan and execute such a coordinated and delicate task. The entire Kattankudy will vouch for the fact that he was a school dropout and an incorrigible truant, who never possessed any technical skill except the talent for mass oratory. He nevertheless had the motive and so was his National Tawhid Jamaat.

Whether the Presidential Commission has discovered that mastermind from the investigation and the details of others who failed to act on information received from multiple sources, which would have prevented that infamy from materialising are matters that the public wants to know. That was what the Cardinal is also pressing for. The fear is that this six-member committee will pick and present from that report only those findings that would be palatable to the authorities. It is nothing but an exercise in coverup.

Once again, the protest voice against this cynical exercise should not be left entirely at the doors of the Catholic church and in the hands of its prelates. The Muslim community and its political and religious leaders should also join hands with the Catholic community and demand the report be released in full. Muslims too were collectively punished by groups of Islamophobe ruffians, practically under the protection of politicians and guarded by security forces, for a crime with which it had nothing to do. The community is still struggling to recover from that trauma.

At least those Muslim parliamentarians who voted for the 20th Amendment to empower NGR as an autocrat must come out now and join the Cardinal and the Catholic community, as an act of atonement for their treachery. ACJU likewise must come out of hibernation and raise its opposition in public, and rally behind Cardinal Ranjit. Muslims must wake up to the fact that they cannot win any of their rights by fighting alone and under their present political leadership. They have to come out and join other groups, as was demonstrated the other day in P2P long walk.

If the regime fails to bring to justice all those who were responsible for the Easter Sunday massacre, then the victims have a right to take their grievances to international courts. The Catholics have the Vatican to take up their case, whereas Muslims should canvass among the Heads of Muslim countries to do same.

This should not be interpreted as unpatriotic but a last resort to save the reputation of the country. Under this regime there is absolutely no independence of judiciary, criminals have been pardoned through presidential powers and innocents are thrown into jail without trial.

In the economic arena, the one institution that should remain independent of political interference to monitor the state of the economy and advise the Government accordingly, has lost that status and become the regime’s mouth piece. The Central Bank Governor’s intellectual and academic integrity has been mortgaged to appease the rulers. His accusation of critiques as doomsayers is totally unjustified.

On the whole, the country is in a perilous situation both in domestic and foreign fronts. It is in such context the investigation report has become another nightmare to NGR. Hence, his delaying tactics and coverup. Therefore, persistent public demand for the immediate release of that report, backed by open rallies by Catholics and Muslims will add momentum to the rising outcry against the regime. Already, P2P march staged by Tamils and Muslims a few days ago has demonstrated that tolerance has reached its limits. It is time the majority Buddhist community wakes up to reality and join the chorus of protest against the regime.

The country needs a U-turn, politically as well as economically to stop the continuing rot. When hundreds of thousands and millions come out to the streets, weapons of mass destruction on which rulers seek protection and cover, are destined to fall silent. History is witness to this indelible truth.