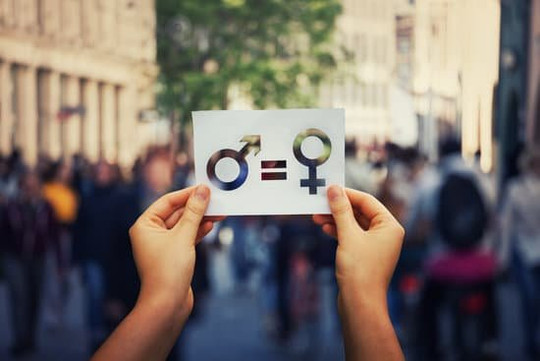 ECONOMYNEXT – Since Sri Lanka produced the first-ever woman Prime Minister of the world in 1960 with Sirimavo Bandaranaike’s landslide victory, and one the world’s first women Presidents representation in Sri Lankan politics has taken a hit, to say the least.

With nominations being concluded for the upcoming parliamentary election, questions have been raised as to whether women are adequately represented in the nomination lists of major parties vying for power. As of now, the cabinet in operation led by Prime Minister Mahinda Rajapaksa only has one female minister among 15 men.

In the eighth Sri Lankan parliament from 2015-2020, only 5.7% of members were female. Trends prove to be rather disappointing in the upcoming election as well, with less than the optimal number of females being nominated.

From the Colombo electoral district, the United National Party (UNP) leads the way in female representations with three women out of 22 nominees; namely, Sunethra Ranasinghe, Chandima Wijegunawardena and Ajantha Perera.

However, there seems to be lamentable progress within the ruling party and the anticipated opposition.

In the Kandy district of the Central Province, only three female politicians have been nominated from the main parties. Shrima Shiranthee Kongahage from the UNP, Mangalika Samanmali Jayasekara from the NPP and Chandrika Senaratne from SLPP have been awarded nominations. Regrettably, the SJB has failed to nominate a female candidate for the district. The nominations of each party tolled up to 22.

The situation in the Galle and Matara districts in the Southern province is much similar to the figures observed in Kandy.

In the Matara district, only the NPP succeeded in nominating a woman candidate; namely, Saroja Saavithri Polraj. The SLPP, UNP, SJB all failed to follow the NPP’s lead. The total number of nominations handed out by each party in this electorate was 12.

The Badulla electorate of the Uva Province showed similar figures, with only the SLPP nominating a single female candidate: Oshadi Hewamadduma from a total of 12 nominations. The UNP, SJB and NPP all failed to nominate female candidates for this constituency while each party put forth 12 candidates each to contest in the elections.

The district of Ratnapura in the Sabaragamuwa Province produced somewhat better results compared to the Uva Province, with four female candidates being eligible to contest. The UNP nominated Ruwini Thakshila Abemanna out of 12 nominations. The NPP, however, failed to nominate any female contenders, while the SLPP included two women in their list – current Minister of Health Pavithra Wanniarachchi and Muditha Prishanthi – in their 12 nominations. The SJB included former minister of Justice and Prison Reforms Thalatha Athukorala in their list of 12 contenders.

In the Anuradhapura district of North Central Province, the UNP and SJB nominated Kusum Rathnayaka and former minister Chandrani Bandara respectively. No other major political party has nominated a single female candidate. The total number of candidates nominated by each party is 12.

In Jaffna, two female candidates were deemed eligible: Vijayakala Maheswaran from the UNP and Bawadharani Rajasingham from the Sri Lanka Freedom Party (SLFP).

Disappointingly, no female contenders have been nominated by any major political party for the Batticaloa district in the Eastern Province. Only the Tamil Makkal Viduthalai Pilukal (TMVP) has nominated one female candidate, Mangaleshawari Shankar.

The numbers reveal a dire situation indeed. It is unfortunate that a once-progressive democracy appears to be going back in time when it comes to women’s empowerment and representation. It is time the public – over 50 % of whom are women – took note. (Colombo/Jul24/2020)