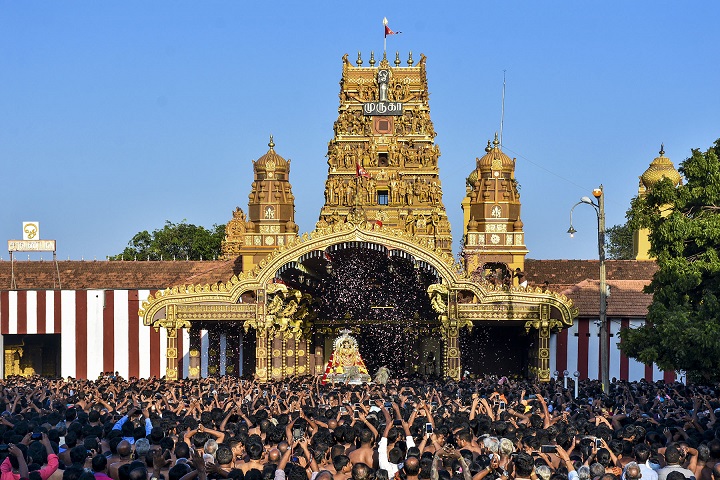 Devotees will be required to present proof of identity to enter the Nallur Kandasamy temple in Jaffna, the Sri Lankan police announced as the temple’s annual festival – thiruvizha – begins.

“All arrangements for the festival have been completed. All devotees visiting the temple will only be authorised to enter the temple by showing a piece of identity at a special check point set up on the temple premises’’ stated Jaffna police.

It was further added that individuals from overseas would need to present an isolation certificate to be able to enter the temple.

In addition, all worshipers will be obliged to wear masks, wash their hands thoroughly, undergo a physical inspection, present their proof of identity and have their faces recorded on camera before being approved to enter the place of worship.

Nallur Kandaswamy Kovil also known as Nallur Murugan Kovil is one of the largest and most popular Tamil Hindu temples on the island. Throughout the festival period; worshipers bear kaavadis and pierce their bodies with hooks and mouths with spears as an act of faith and sacrament. Usually tens of thousands of devotees attend the annual festival each year.

This year’s Nallur festival is proclaimed to be held under strict hygiene restrictions and the public have been asked to avoid coming to the temple in significant numbers.

The novel measures come at a time where increased surveillance and militarisation are becoming ever more prevalent in the North-East.Sri Lanka