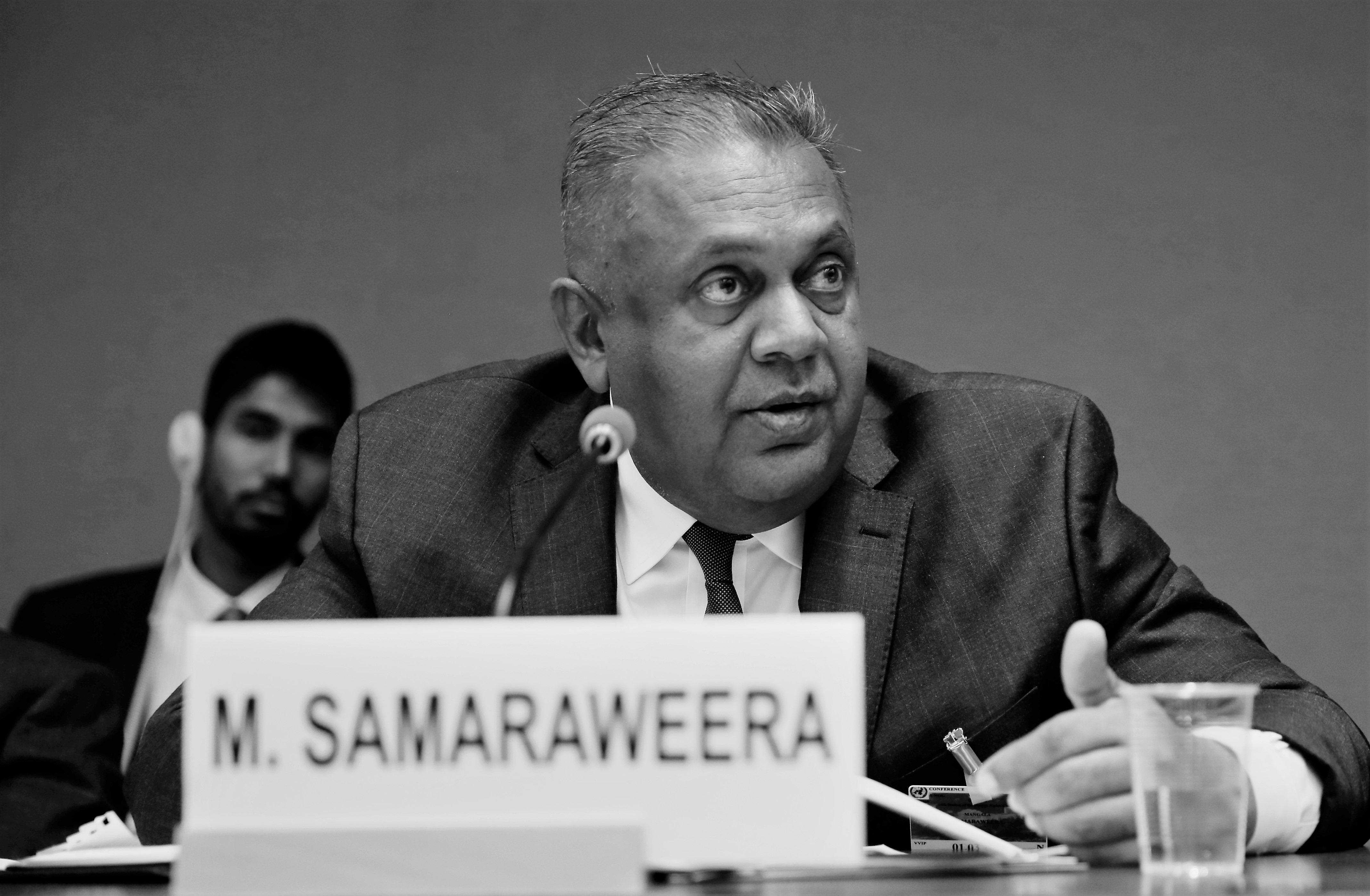 Political sources in Colombo are buzzing with rumours of a possible cabinet reshuffle within the next two weeks.

President Sirisena told media on 20th April that he will change faces as well as systems in two weeks time to make governance more efficient. State media quoted Sirisena saying that “there will be major changes in position and a new face in government operations within two weeks.”

According to the sources close to the President, he has been wanting to replace the Finance Minister Ravi Karunanayake for months. But strong resistance from the Prime Minister Wickremasinghe has prevented Minster Karunanayake being replaced. There is a widespread sentiment among the public that Minister Karunanayake has either allowed large scale corruption or has himself engaged in corrupt practices.

The major change that is being talked about in town is possibly of the removal of Foreign Minister Mangala Samaraweera. The pro human rights position he has taken at international forums including the UN Human Rights Council has irked the President, the same sources say. In a number of occasions, Sirisena has contradicted Foreign Minister Samaraweera’s statements on Transitional Justice process in Sri Lanka.

Sirisena has been tough on Non Government Organisations recently while Samaraweera has been friendly towards human rights NGO sector politically and personally.

Minister Samaraweera is one of the most senior members in the present cabinet. He held the same ministerial position briefly under President Mahinda Rajapaksa in 2005.

It is rumoured that Samaraweera will be given the Ministry of Finance, another crisis ridden sector in Sri Lanka government. He has reportedly stated that he is some one who does not even keep his own accounts properly and that finance is not his forte.

Political observers wonder what kind of changes may occur in Sri Lanka’s Foreign Policy if Samaraweera gets axed from the Foreign Affairs Ministry.