Will Not Allow Any Interference of Foreign Judges & Courts – President 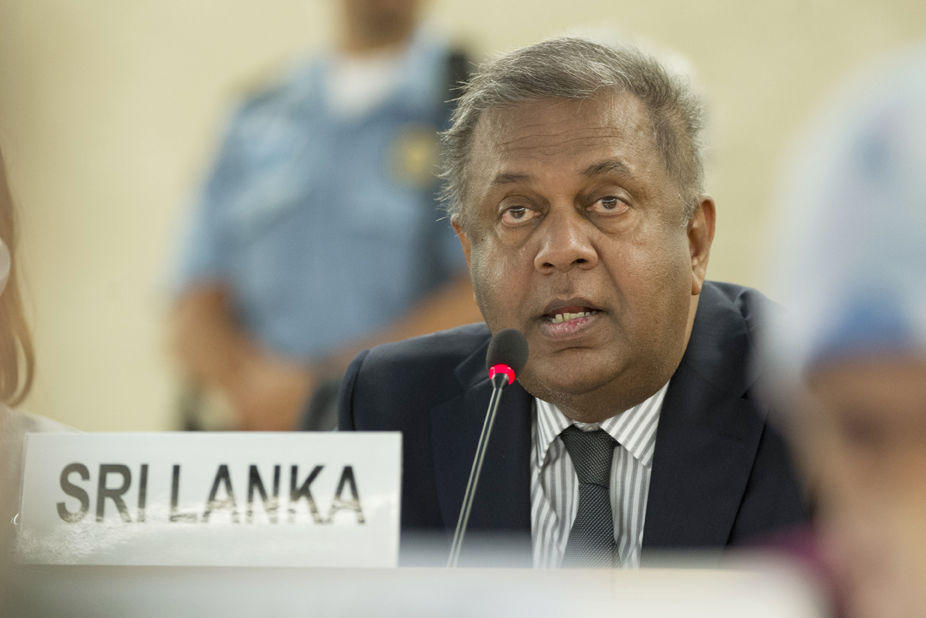 President Maithripala Sirisena emphasizes he will not allow any foreign court, judge or organization interfere into the internal administration and judiciary in the country in future too.

“Though whatever views are expressed in various places regarding bringing of foreign judges and establishing of foreign military courts to take actions against the so called human rights violations during the period of war” he said.

“It is the policy of the current government to act according to the advice and guidance of the venerable Maha Sanga in its every activity related to the national security and other matters”, he said. The President said he would be committed to protect Sri Lankan society by respecting the proud history of the country as a Buddhist as well as the Head of the State.

He ensured the Maha Sanga that he would be dedicated to strengthen and nurture the place for Buddhism in the constitution.

The 70th Upasampada Maha Vinaya Karma of the Sri Lanka Ramanna Maha Nikaya will be held from today to July 16 at the Udakukkepa Sima Malakaya in Panadura.

The religious ceremony is held at the Vidyaraja Piriven Viharaya in Gorakapola, Panadura. The President who arrived in the temple met the Chief Incumbent of the Temple and looked into his well-being.

He also presented the certificates and the honorary awards to the ordinated Bhikkus at the ceremony held in the Town Hall Playground.

A Chinese Buddhist monk Ven. Sheeng Sheng offered a souvenir to the President at this occasion.

Mahanayaka of Ramanna Maha Nikaya Most Ven. Napane Premasiri Thero presented the PRamanna Wanshaya and Patipada souvenir volume to the President. The President offered the Vijinipatha (the fan) which is used at the Upasampada Vinayakarma, to the Maha Nayaka Thero.