Why a Sri Lankan leader might be tried for war crimes in Brazil? 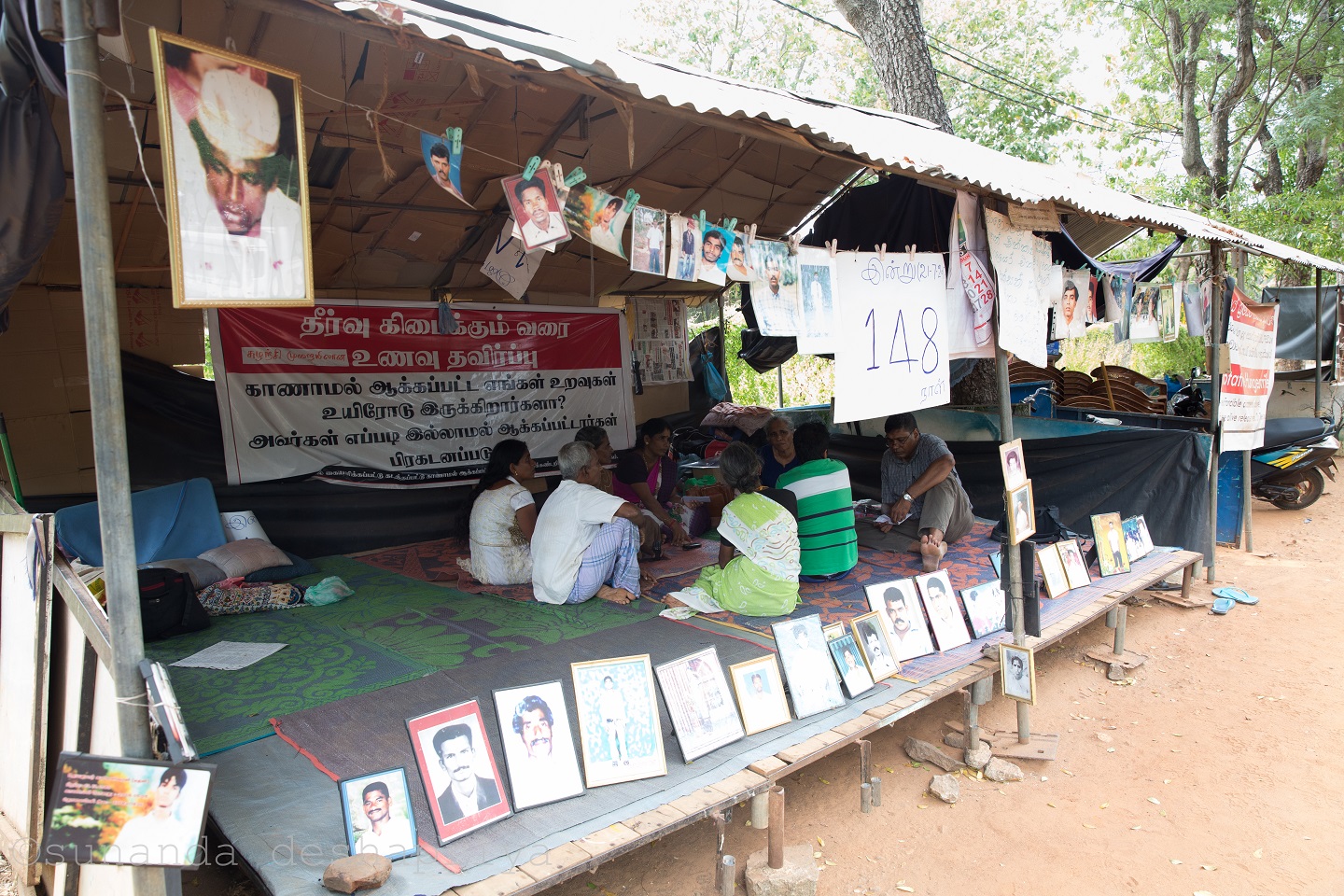 Image: Family members of the disappeared during the war continue their protests in Northern Province of Sri Lanka. (c) s.deshapriya.

Early Tuesday morning, news broke that Sri Lanka’s ambassador to Brazil had fled the country. Sri Lanka’s government later announced that his departure was planned, and it was simply the end of his ambassadorial term, but the timing raised eyebrows. The previous day, human rights groups had filed a criminal complaint accusing Ambassador Jagath Jayasuriya of command responsibility for war crimes.

Jayasuriya, who is also Sri Lanka’s ambassador to five other Latin American countries, is a former army general. From 2007 to 2009, he oversaw the last phase of Sri Lanka’s civil war against the Liberation Tigers of Tamil Eelam. The United Nations estimates that more than 40,000 Tamil civilians died in the final months of the conflict. Human rights groups have documented indiscriminate shelling of civilian targets, custodial torture, enforced disappearances and rape, all perpetrated by forces under Jayasuriya’s command.

Despite sustained pressure from victims, human rights groups and Western governments, Sri Lanka has refused to prosecute or punish any of these violations. When the increasingly authoritarian Mahinda Rajapaksa was unexpectedly voted out of power in 2015, the international community welcomed assurances from the new government that it would pursue accountability for wartime abuses. Although Sri Lanka promised to establish offices of missing people and reparations, a truth commission and a prosecutorial mechanism, none of these institutions has materialized. Despite the change in government, there has been no vetting of either civilian or military officials suspected of war crimes. Eight years after the war’s end, justice remains elusive.

For the last six months, families of the disappeared in the former war zone have been conducting a continuous protest. Today, the International Day of the Disappeared, marks the 192nd day that they have sat in the road, demanding answers about the fate of their loved ones.

When I met some of the protesters in July, they expressed very little hope that Sri Lanka would ever deliver transitional justice. Many described having given details about their missing children to countless government bodies. But in eight years of asking for information, they said, not a single missing person has been found. They were incredulous that the international community would trust an accountability process to those with blood on their hands, pointing to the harassment they face from the security forces as evidence that the government’s promises are not sincere. In fact, family members of the disappeared recounted receiving phone calls from the intelligence services while on their way to a highly publicized meeting with Sri Lanka’s president in June. Just last week, one of these women was assaulted and threatened by two men who told her to abandon the protest campaign.

If domestic accountability for war crimes seems unlikely, so do international criminal trials. Sri Lanka is not a member of the International Criminal Court and is an unlikely candidate for the creation of an ad hoc international tribunal. That’s where cases like the one activists are trying to launch in Brazil (and in the other countries where Jayasuriya holds an ambassadorial post) come in. Although domestic courts generally only have jurisdiction over crimes that occur on national territory, many countries assert universal jurisdictionover serious violations of international law.

Brazil’s legal code allows its courts to try anyone present on its territory for crimes that Brazil has treaty obligations to punish, like genocide or torture. Of course, as an ambassador, Jayasuriya has diplomatic immunity. To pursue criminal charges, Brazil would have to ask Sri Lanka to waive his immunity, something the Sri Lanka government is extremely unlikely to do. This fact makes Jayasuriya’s unceremonious departure a puzzling choice. Ambassadors lose their immunity when they step down. If one of the Latin American countries decides to proceed with an investigation, he could then become subject to an international arrest warrant. At that point, he would have to avoid the territory of any country whose government would be willing to arrest and extradite him.

If Jayasuriya’s worst-case scenario is that he has to exercise some caution in his vacation planning, what is the value of attempting to launch a universal jurisdiction prosecution against him? It’s true that the effect on him is negligible, especially when weighed against the gravity of the crimes of which he is accused. But stronger effects may be felt elsewhere.

For the Sri Lankan government, exceedingly conscious of its international reputation, the embarrassment of this episode may prompt a rethink of its long-standing habit of rewarding its “war heroes” with plush diplomatic posts. It may also prompt progress on domestic transitional justice. As my research shows, this is unlikely to mean prosecutions. But it could shake loose some information about the fate of the missing, or movement toward the creation of a truth commission.

For the broader international audience, it’s a signal that war criminals don’t get to be honored members of the community. And for the victims, it’s a slim ray of hope that the perpetrators of atrocities against them can’t hide from justice forever.

Kate Cronin-Furman is a postdoctoral research fellow in the International Security Program at the Harvard Kennedy School’s Belfer Center for Science and International Affairs.
www.washingtonpost.com