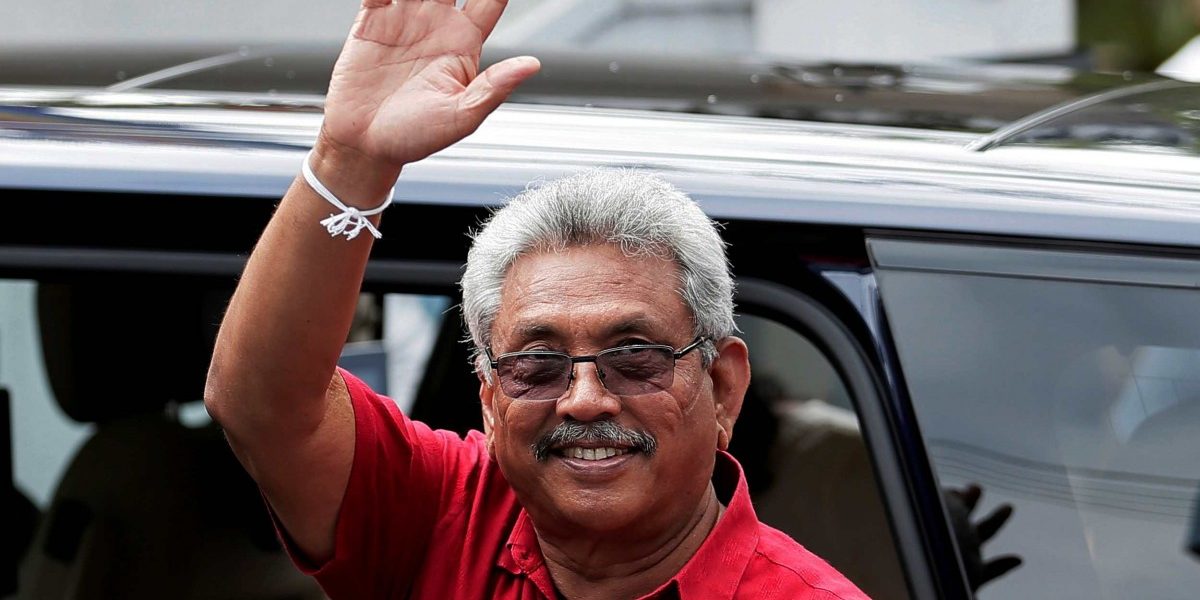 The Rajapaksa family’s recent resounding electoral successes appear at first sight to mark a decisive break in Sri Lanka’s post-war politics. Led by President Gotabaya Rajapaksa and his brother, former president and now Prime Minister Mahinda Rajapaksa, the family rode to victory on a platform castigating the previous administration’s economic failures, evident in mounting debt and the rising cost of living, and attacking as treasonous its somewhat feeble attempts to address the Tamil question via constitutional reforms and accountability. The Rajapaksas promised a tough minded and uncompromising national security approach to the Tamils, as well as economic policies to support livelihoods.

The message clearly resonated with the Sinhala electorate but also appeared to cut through with some Tamil voters. In the Tamil-majority North-East, the usually dominant Tamil National Alliance suffered losses in key districts, with government-aligned Tamil politicians making significant gains. The splintering of the Tamil vote was quickly interpreted as a turn away from Tamil nationalist politics and towards development, but events on the ground paint a more complex picture.

Gotabaya’s promise of rapid development or the ‘visions of splendour and prosperity’ set out in his election manifesto are also up against some very difficult economic constraints.

His vision of a ‘disciplined and virtuous society’ speaks to a desire for East Asian style authoritarianism and economic success that has long fascinated Sri Lankan leaders. Yet the obstacles to development under Gotabaya’s administration remain stubbornly the same as under those of previous presidents.

Sri Lanka has persistently lacked the mix of elements that have propelled sustained economic growth in East Asia. At the core of these is a network of state-society relations in which a competent and development orientated state mobilises resources and directs them to targeted sectors including infrastructure and other public goods whilst key private sector actors work co-operatively with state agencies to capture export markets and enhance productivity.

While Sri Lanka has made laudable gains in human development indicators, the picture on expanding economic productivity and development has been less good. The actual day-to-day practice of development in Sri Lanka has generally involved the same mix of competitive rent and patronage seeking activities by politicians, bureaucrats and private sector actors. These practices have persisted through successive administrations whether they pursued market-led or state-led strategies.

Gotabaya’s handling of the COVID-19 pandemic appeared competent but the structural obstacles to development are more complex and the new administration does not have any clear measures to address them. Its signal policy announcement to date – the scheme to offer jobs to 100,000 people from the most deprived families as well as to employ 50,000 graduates – simply continues this trend of development as patronage. It will reward loyalists and build up a party base but will not generate widespread prosperity.

Most significantly, the new administration has not yet explained how it will tackle the immediate problem of commercial debt repayments. The debt is itself a symptom of the wider obstacles to development – namely the failure to generate sufficient income through competent, fair and systematic taxation that can be used to fund investment and meet expenditures on public services as well as the growing weight of military expenditure.

In the past, Sri Lanka’s weak tax revenue was compensated by generous concessional aid from traditional donors – namely western states and Japan. These aid flows helped finance development (read patronage) programmes of the Jayawardene and Kumaratunga eras. The end of the Cold War and shifting development priorities have significantly reduced these funds. It was for these reasons that the Mahinda presidency turned to commercial markets. Resolving the debt problem has been made considerably worse by the ongoing pandemic, which alongside the general dampening of economic activity has also curtailed tourism and critical remittance income from the Middle East. The constraints on Gotabaya’s promise of ‘splendour and prosperity’ will have particularly worrying implications for Tamils and for Muslims.

The distress of the economic downturn is being acutely felt in the Tamil-majority areas, ravaged by decades of war and marginalisation, but the recent electoral gains made by pro-government Tamil parties running on a pro-development agenda cannot easily be explained as a turn away from Tamil nationalism. Nationalism and development are too closely connected in Sri Lanka’s conflict for this binary distinction. To begin with, Sinhala Buddhist nationalism is not just about flags, militarisation and Buddhist statues – it is also about economic predominance.

The growth and electoral consolidation of Tamil nationalist politics is closely linked to successive Sinhala nationalist government’s policies of first excluding Tamils from the public sector and subsequently targeting their businesses and properties in the violent anti-Tamil pogroms of the late 1970s and early 1980s. In recent years, Muslim businesses have become the target of Sinhala nationalist ire and will continue to be at risk if economic conditions do not improve.

The Tamil nationalist demand for autonomy has therefore never been indifferent to the problems of development but has always in part been justified as a means to development on the basis that Sinhala majoritarian rule was intentionally impoverishing the Tamil-speaking peoples. The pro-government Tamil parties that stood at the election therefore all accepted the legitimacy of Tamil nationalist grievances but pledged that cooperation with the state would result in economic benefits, which, as some argued, would be a precursor to a resolution of the political conflict.

Ankajan Ramanathan, the successful Sri Lanka Freedom Party (SLFP) candidate in Jaffna even played LTTE songs at a past election rally – blurring the lines between what’s seen as pro-state and pro-Tamil nationalist. But the extent to which the new pro-government Tamil parliamentarians can actually deliver material improvements to their constituents’ lives remains to be seen, with severe restrictions on resources that can be distributed as patronage or “development”. The government has already excluded Tamil areas from the scheme to provide employment to deprived families and unemployed graduates.

In the past, Tamil paramilitary groups like Douglas Devananda’s Eelam People’s Democratic Party (EPDP) used their access to donor funding to build up their base. When this dried up, they turned to violence and extortion. A similar pattern of state patronage and escalation to violence could be observed in the East, around the Tamil Makkal Viduthalai Pulikal (TMVP). The EPDP and the TMVP were both returned to parliament this year, with Devananda given the important fisheries ministry. With limited access to state patronage, there is a real risk that these groups will again be encouraged by their political masters to use extortion to fund their operations.

The TNA’s losses are also more likely to be explained by growing frustrations with their leadership than a popular turn away from the issues of accountability and justice that have been core to Tamil nationalist politics since the end of the war. The TNA’s concessionary approach, particularly in questions of justice and a political settlement, failed to gain reciprocity from the Sinhala leadership. Meanwhile the very visible infighting of TNA leaders strained the loyalty and support of even its core base. More consistent Tamil nationalist parties, such as the Tamil National People’s Front (TNPF) and the Tamil Makkal Kootani (TMK) were the other beneficiaries of the TNA’s losses, with impressive showings in Jaffna.

Finally, it is important to note that the main channels of post-war Tamil mobilisation for accountability and justice have been through an alliance of grass-roots organisations in the North-East and the Tamil diaspora. These channels were always independent of the TNA and unaffected by its electoral woes. Gotabaya has already pledged to reinforce Sinhala Buddhist supremacy and has stepped up military repression and surveillance in the Tamil-speaking areas and beyond, to stifle dissent. A crackdown on NGOs seems imminent. But while Tamil activists, journalists and human rights defenders are rightly alarmed, there is also defiance, and protests – particularly women-led demonstrations about enforced disappearances – are continuing.

The Tamil diaspora’s high-profile advocacy, meanwhile, will only be emboldened by Gotabaya’s more heavy-handed repression and the likely growing predations of the Tamil groups allied with this government. The transnational campaign for accountability in Sri Lanka lost momentum, following the election of a more western-friendly government in 2015, coupled with the turbulence of Brexit and the 2016 US presidential elections.

However, the Tamil advocacy groups that were central to that campaign have remained in place and worked quietly to strengthen their networks and relationships with international policy actors. If international constellations adjust again, there is every possibility that the Tamil question can become an international issue once more. In short therefore, despite the appearance of a complete overhaul, many of the fundamentals of Sri Lanka’s politics will likely remain unchanged.

Mario Arulthas a senior strategic advisor with the DC-based People For Equality and Relief in Lanka (PEARL). Madura Rasaratnam is Assistant Professor in Comparative Politics at City, University of London and the author of Tamils and the Nation: India and Sri Lanka Compared.