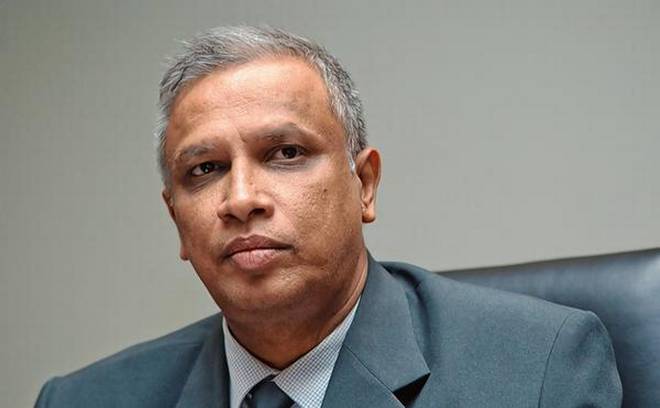 The Tamil National Alliance’s (TNA) “hopes are high” that India will vote for the UN resolution on promoting reconciliation, accountability and human rights in Sri Lanka next week, according to its spokesman and Jaffna legislator M.A. Sumanthiran.

Whether India votes for the resolution or abstains is “entirely a matter that they will decide”, but the TNA’s expectations are “clearly” that India must support and vote for the resolution, he says, speaking to The Hindu on the coming vote.

Despite its diminished presence in Parliament since the August 2020 general elections, the TNA remains the largest grouping representing the Tamils of the north and east in Sri Lanka, with 10 MPs in the 225-member House.

“Our hopes are high this time, since India’s statement at the Interactive Dialogue segment placed the political aspirations of the Tamil people on par with recognising the territorial integrity of Sri Lanka,” Mr. Sumanthiran says, referring to the intervention made by India’s Permanent Representative in Geneva, on February 25.

The Jaffna parliamentarian’s optimism about India’s likely vote is akin to that expressed by the Rajapaksa administration, which wants the exact opposite outcome on the resolution that the 47 members of the UN Human Rights Council in Geneva will get to vote on next week. Colombo has sought India’s support at the highest levels to defeat the resolution, and Sri Lanka’s Foreign Secretary Jayanath Colombage has said India has “assured” Sri Lanka of its support , although New Delhi has made no official statement in this regard.

However, citing India’s past voting patterns, vis-à-vis the seven UN resolutions on Sri Lanka since 2009, Mr. Sumanthiran points out that India has voted in favour of resolutions thrice — in 2009, 2012 and 2013 – while abstaining in 2014. “Given this track record, we do not expect India to vote against the resolution.”

Although the TNA is campaigning for the resolution to be adopted, most of Sri Lanka’s Tamil leadership, including the TNA, have already lowered their expectations of the Council, especially on accountability. In a joint letter to member states in January, TNA leader R. Sampanthan, Tamil National People’s Front leader G.G. Ponnambalam, and Tamil Makkal Tesiya Kootani leader and former Chief Minister of the Northern Province C.V. Wigneswaran, along with some civil society organisations, sought to shift the question of accountability from the Council in Geneva to New York, to the UN General Assembly and the UN Security Council, which can refer the matter to the International Criminal Court (ICC).

All the same the draft resolution accommodating some of the key issues highlighted in their joint letter is significant, according to Mr. Sumanthiran. “The prosecutorial mechanism has been left out, that is something we asked for; it stresses the importance of a comprehensive accountability process, while noting the lack of accountability in domestic mechanisms. So, although the resolution does not name the ICC — which anyway it cannot do since it has no mandate — it very clearly points to the ICC when these are read together.”

But some Tamil politicians and activists deem the resolution “watered down”, and criticise the TNA for supporting a “weak resolution” that does not factor in all the demands of Tamil people. “Weak or strong has to be evaluated in the context of what a world body such as the UN Human Rights Council can actually achieve. Given the powers of the Council, and the composition of the Council, I don’t think this is a weak resolution at all,” Mr. Sumanthiran says in response, asking critics if they are siding with the government that wants the resolution defeated.

Regardless of their clashing views on the resolution itself, both the TNA and its detractors would know well that taking Sri Lanka’s case to the ICC, as they had collectively sought, is not easy. The Government of Sri Lanka has categorically rejected international mechanisms. Further, UN bodies are not immune to geopolitical realities that play out and influence them.

Mr. Sumanthiran agrees. “Yes, one cannot go to the ICC without the cooperation of Sri Lanka. Or to a referral by the Security Council, where permanent members have veto powers. It seems almost impossible to go to the ICC, for instance, in the prevailing situation, but conditions do change, geopolitics also changes,” he notes, invoking India’s example.

Going back to 1987 when the Indo-Lanka Accord was signed, he recalls India’s alignment “more with Russia than the USA”, in the prolonged Cold War. “India was a regional power then, but perhaps not considered the regional superpower. Compare that with the current geopolitical reality, it is very, very different. China has entered the picture, as one that challenges the sole world power, the U.S. India is a regional superpower, and also aligned with the U.S. at least in so far as opposition to China is concerned. So, the equations have changed quite a bit.”

While acknowledging the difficulty in predicting exactly how countries may align or act in future, Mr. Sumanthiran still sees value in collecting and preserving evidence — that the resolution includes — for use at a future date. Pinning hopes on possible changes in international law and geopolitical factors, he speaks of a time “when it may become possible to actually refer the matter to the ICC, or to any other mechanism that may be available at that time. And I say this because the ICC itself is less than 20 years old.”

Meanwhile, the Sri Lankan government is “desperate to somehow avoid a debacle in Geneva”, he notes, referring to three recent moves — reversing the mandatory cremations policy for COVID-19 victims , the President wanting to meet families of the disappeared, and the President asking officials to prepare for Provincial Council elections.

“But the lack of genuineness is there for all to see in the way they have approached all three matters,” he says, pointing to the government’s controversial choice of burial sites far away from capital Colombo, the lack of any follow-up since the announcement on meeting families of the disappeared, and the conflicting signals emerging from the government on provincial council elections.Accusing the government of “doublespeak”, he notes: “Even if they want to pull wool over the eyes of member countries by making these announcements, I can’t understand why they can’t do a slightly better job of it.”

On the TNA’s plans after the vote, Mr. Sumanthiran says the Alliance’s political course is not interrupted by the sessions in Geneva. “That [session] comes along annually where the concerns of the world are expressed and naturally, that is a time when we can have our grievances aired, and some moves made as a result.” The TNA’s strategy would be to “still work towards a new constitutional arrangement”, he asserts, in which “genuine power sharing arrangements are established, so that the 70 odd year-old Tamil national question can be justly resolved.” The Alliance has already submitted its proposals to an experts’ committee tasked with drafting a new Constitution, offering to work with it.