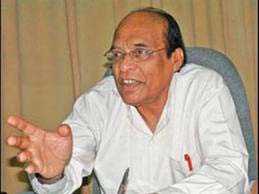 If the President allows repealing the 13th Amendment, a completely new situation will emerge and there won’t be peace in the country, asserts Senior Minister of Human Resources D.E.W. Gunasekara.

Gunasekara, General Secretary of the Communist Party, says the ongoing campaign to revoke the 13th Amendment by certain Government members calls for fear. He stresses that he cannot allow the extremists to take the upper hand by keeping quiet anymore.

Gunasekara also points out that it is saddening that the historic opportunity that has been offered to bring a solution is still not forthcoming. Gunasekara also emphasised that until the present political culture changes, the best is not to distribute Police powers to the electorate or provinces.

Following are excerpts from an interview:

Q: It was reported that a new alliance was formed to protect the 13th Amendment to the Constitution. What is this alliance? Who are the members?

We also believe that the 13th Amendment is not a fully-fledged one. Especially the concurrent list leads to conflicts. But we cannot allow it to be repealed until an alternative is provided.

At the meeting we took two decisions; to counter the ongoing campaign to repeal the 13th Amendment to the Constitution and to call upon the TNA to take part in the Parliamentary Select Committee to evolve a political solution.

We have also drafted a letter to the President expressing our views. We wrote to the President that there is a campaign going on by certain members of the Government to repeal the 13th Amendment.

Q: Why do all these parties need to get together to protect the 13th Amendment?

A: Supposing they induce a resolution, there should be a two-thirds majority. We can’t allow that to be passed. This is why we wanted to get together.

Q: You have said that nearly 30 MPs would act as a front to pre-empt any attempt to repeal the 13th Amendment. Do you think the number is strong enough to carry out this task?

A: By the time I left the meeting 31 MPs had pledged their support. I think 12 MPs is enough to stop this being passed by two-thirds majority.

Q: Do you believe there are more MPs in the Government who are willing to support your cause?

A: A large number of Government MPs are in favour of this although they have not openly expressed it. Most of the young MPs who have come from provincial councils are supporting us. There is substantial support in the SLFP. They may not come forward but we took the initiative.
I am one of the initial MPs who supported the 13th Amendment. I was the first Opposition MP out of the all the Opposition MPs who voted for the 13th Amendment. There were threats and 10 assassination attempts on my life. At that stage I considered it necessary to bring about some settlement to this problem. I strongly believe that the 13th Amendment is an instrument for widening democracy.

Q: What is your opinion on land power and Police power?

A: I feel these are all exaggerated. These are not issues that cannot be ironed out. If we take land power, it is in the Provincial Council list as well as the Central Government list. But as the LLRC recommended, we should have a land policy and a commission. We should not let the politicians meddle with it. In our country the land means State land and not privately-owned land. For the last 30 years there was a war and therefore there was no distribution of land. It was only in the north and east that the State land remains undistributed. In all other provinces land has been distributed.

At the moment the Tamils are having a fear that people in Colombo will come and grab their land. If there is a sound policy, then we can all adhere to the policy. Then there should be a proper way of distributing the land. If you entrust the politicians with this, then there will be chaos. The best is to have an impartial body. Once a policy is formulated, the commission can carry out the duties.
With regard to Police powers, my personal view is that it is one thing that should not be given immediately. I have no fear in north and east at all. But if we give Police powers to the chief ministers here in the south, they will abuse and misuse the powers. Until the present political culture changes, the best is not to give Police powers.

Q: Why do you say that abolishing of the 13th Amendment would be an invitation to terrorism and separatism?

Some say the 13th Amendment is an Indian-imposed one. When 700,000 left the country and when they went to Tamil Nadu, there was an Indian factor. That is why the Indian Government had to intervene. Across the Palk Strait there were six to five million Tamil people. Naturally when some violence breaks out there is a spill-over in Tamil Nadu. These things are quite natural because they belong to the same ethnicity, culture, and religion. Whether we accept it or not, this is a historical factor.

So in 1983 when 700,000 left the country, of which around 300,000 landed in Tamil Nadu, it was a problem to the Indian Central Government. Naturally they had to intervene and that is how the Indian talks took place. Whatever it is, some solution was brought forward. There may be weaknesses in that. It was tried out in the last 25 years, but it was never tried out in the north and east. Now elections are pending in September in the Northern Province. This talk of repealing the 13th Amendment comes in that context. The Chief Minister of the Eastern Province is from the Muslim Congress. Northern Province elections are pending in September. The TNA might win the election. Whether we like it or not, we cannot help it. The other parties should try to go and do politics there and win over the people. In such a situation, campaigning to revoke the 13th Amendment calls for fear. We cannot allow this. Already three years have gone by. The historic opportunity that has been offered to us to bring a solution is still not forthcoming. How can we afford to keep quiet? If we keep quiet, the extremists will take the upper hand.

Q: What do you expect from writing a letter to the President? What is included in that letter?

A: The letter is with Minister Douglas Devananda. The letter says the alliance sees that there is a campaign going in the country calling for the repealing of the 13th Amendment. We have said that we are opposed to this campaign and the reasons for us opposing this are given in that letter. The 13th Amendment was brought about to solve the problems of Tamil national minorities and broadening of democracy. People in the north and east never reaped the benefits. If the President allows this to be repealed, a completely new situation will emerge and there won’t be peace in the country.

Q: What reaction do you expect from the President?

A: The President can’t do anything in this regard. I feel that he will at least understand the reality.

Q: What if the President and the Government go ahead with the amendments or abolition of the 13th Amendment despite your protest?

A: No it will not happen. When we met the President last week, he said that whatever the Select Committee proposes, he will accept. That is why we want the TNA to take part in the PSC proceedings. May be we will not be able reach at a 100% solution, but we can come to a compromise on some issues.

Q: How optimistic are you that the Tamil National Alliance (TNA) will join the Parliamentary Select Committee (PSC) to evolve a political solution?

A: We want to put pressure on them to participate in the PSC. We need to discuss. We need to find a solution to this matter. But if TNA continues to keep away from the discussions, we will not be able to resolve this matter, this is why we want them to come back and discuss.

Q: What kind of feedback have you received from the TNA?

A: The meeting of the alliance took place on 8 December. It was a busy day with the impeachment and Budget vote. The message was sent to the TNA. But we did not get an opportunity to discuss the matter further. We are hoping to meet them soon and get their feedback.
D.E.W. on impeachment

Q: What are your views about the impeachment against the Chief Justice?

A: I have distanced myself from this matter from the beginning. I did not sign it. I said that I should not be made a member of the standing committee. The entire thing was totally politicised. If the impeachment had taken the normal process after the Speaker had separated the Select Committee, the Select Committee would have allowed doing it, although the Select Committee has a lot of shortcomings.

If the Chief Justice is guilty, she will go but there should be proper inquiry and procedure. Prof. Tissa Vitarana, Vasudeva Nanayakkara, and I, we tried to intervene. We gave in writing to the President that there should be a proper way to do this. We said investigations should be done by former Supreme Court judge or someone at that level and give the investigation report to the Select Committee. Then the Select Committee can inquire. The President was also inclined to accept it. In the meantime, new developments took place. Unexpectedly the Chief Justice walked out.

Q: Are you saying the Chief Justice should not have walked out of the PSC proceedings?

A: Yes. She shouldn’t have walked out of the PSC. Because there are provisions in the Standing Orders that she should give oral evidence, then to substantiate it with any other oral witnesses and documentary evidence. She missed all that. She gave the opportunity to the Select Committee to stop the inquiry and give a judgement. She shouldn’t have done that. She should have stayed back and fought. She gave the opportunity for the other side. At the start she said ‘I will fight to the bitter end,’ but having said that she withdrew halfway.

Q: Will you be voting against the impeachment or for it?

A: I have not seen the report. I have to first read the report. Even if I have gone to the Select Committee, I would have given top priority to integrity. But here the question is whether a fair trial should also be given. I am guided by our party decision; I can’t take a decision on my own. There is a one month cooling off period. This is intended for a compromise. The Chief Justice might sometimes resign. Then the Government might allow her to retire. This cooling off period has been provided as an opportunity for both the Legislature and the Judiciary to come to some understanding without going into a confrontation.