We are caught in a political virus of the type that threatens Democracy.- Lucien Rajakarunanayake 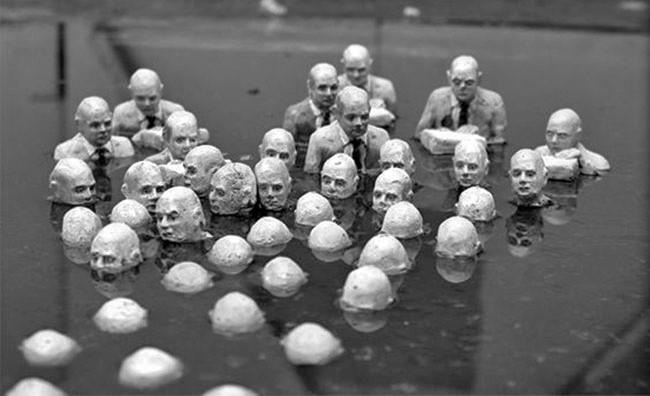 June 20 is the new date for the general election. But, the election actually begins four or five weeks before that. Are we ready for an election from, say May 23? That is the corona puzzle our Health and Medical authorities will have to solve. Elections in Sri Lanka are not confined to voting on the polling day. It is a trajectory of political activity, often corrupt, divisive and with little importance to the truth. Knowing what elections are, do we in fact need any election of our prevailing type on June 20 or any other day?

We are caught in a political virus of the type that threatens Democracy. Covid-19, if allowed to spread, as some of our political leaders wish to, we could lose many more Sri Lankan lives, mainly among the elderly, bringing sorrow and hardship to families. The bigger danger is that the manipulation of Covid-19 by the political forces in and out of power could really wipe out the Democracy we have.

Are we ready for the wiping out of the Electoral Democracy we have? It is a Democracy, so known because of regular elections, which are hugely corrupt, take strides in dividing the people on religion, ethnicity and caste too, offer no serious solutions to the economic problems of the country and society, and ensure enormous benefits to the elected to enjoy their parliamentary privileges, financial, service and luxury vehicle entitlements, and political birthrights to their children?

Let’s look at this humbug of parliamentary and electoral democracy we have today. At least 95 percent of the members of the parliament that was dissolved on March 2 are on the nomination lists already filed. Do we need a majority of such people in the next parliament? Who cares? With the kind of party and ethnic politics we have, there will be at least 180 members of the last parliament, elected to the next one. That is the Electoral Democracy we have today.

Whether they were in the government or opposition ranks, they are certainly not the stuff of a good democracy. The political parties they represent have moved away from all concepts of democracy for several decades. Political swindlers, pretenders and fraudsters in governance, easy crossovers across the well of the House for power and profit. Are these the people who will sustain or strengthen democracy? Yes, but only in the crooked electoral democracy we have today.

If coronavirus and Covid-19 can bring us any benefit, it is to help us rethink our entire electoral process and concept. For more than 70 years from the State Council elections in the 1930s, making us the oldest Democracy in Asia, we have seen the continuing decline in democratic thinking; and stand today as an Ethno/Racist – Religious Majority Society. Is this what we need to hand over to our next generations, growing up in the Digital Age?

Let’s look at the electoral process itself. Should we have massive public meetings to convey political messages of planned progress? Should food packets, the political spirits of alcohol and some money packs be the source of these massive gatherings?

Is house-to-house canvassing, by candidates or supporters, in groups that could be threatening in voice and size, the real stuff of electoral democracy? Where do we now see any candidates sit down and discuss politics and policies with the voters at or near their homes? The whole process of ‘District Elections’ given us by JRJ, in 1978 distorted the electoral process, to have candidates from electorates voted in from a whole district. Isn’t it time we seriously thought of moving away from this, where candidates can meet and know their voters and the voters know the candidates policies?

Should we not go back to the days of by-elections, when candidates crossover in parliament, or are deceased, to have a voter chosen replacement, and not the next crook in the list of the previous election?

We are now in the midst of a cacophony of a General Election. The government led by an elected President and Cabinet (other than the president) from the now dissolved parliament, wants it held in double quick time. A divided opposition wants it delayed as far as possible. The Health and Medical authorities seem to have a dominant voice. But where are we heading to?

There are strong voices, many of them in yellow robes, who do not want an election now. They are many others who are certain of the benefits of a President managed government and not one led by a Cabinet and a parliament.

There is also the reality of Family Power that is rising to dominance, with the echoes of the Rajapaksa Ravaya spreading with the support of the State and some private media. We are now in the grip of the Rajapaksas. The Gotabaya President, brother Mahinda – Prime Minister, Finance Minister, Buddha Sasana and many other ministries, brother Chamal having several portfolios — three brothers in the same Cabinet, possibly a world record in ‘democracy’.

Then there is the other brother – Basil – not a member of the dissolved parliament, not a candidate for the next election, he can’t be, as a US citizen too, who heads the ruling political party of the Lotus Bud. He now heads two Presidential Task Forces on dealing with the Covid-19 crisis, and rebuilding the economy. Do we need much more to know what family power is?

Will a General Election today, tomorrow or the day after – whenever held with the current nomination list, bring anything better for this country? What we have is not a dream but a nightmare of dirty, crooked politics and the increasing echo of Rajapaksa dominance.

This is the painful reality of electoral politics and democracy in Sri Lanka today. Will Covid-19 lead us to the threshold of a new and meaningful Democracy we need after seven decades of wasteful politics?