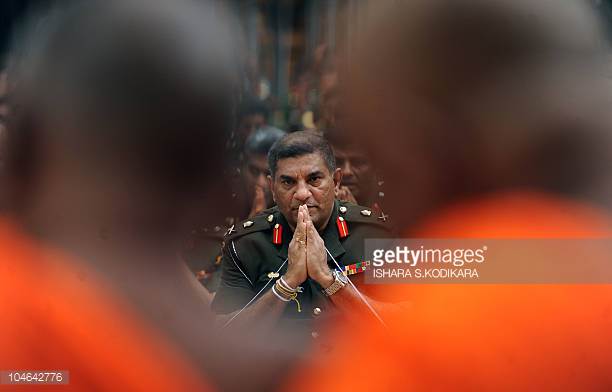 RIO DE JANEIRO — Human rights groups in South America are alleging war crimes violations in lawsuits filed against a former Sri Lankan general who is now his Asian nation’s ambassador to Brazil and five other countries in Latin America.

The suits against Jagath Jayasuriya are based on his role as a commander in the final phase of Sri Lanka’s civil war in 2009. They allege Jayasuriya oversaw military units that attacked hospitals and killed, disappeared and tortured thousands of people.

Jayasuriya has diplomatic immunity in the countries where he is ambassador: Brazil, Colombia, Peru, Chile, Argentina and Suriname. But the groups pursuing the suits hope they will compel regional governments to expel him.

Carlos Castresana Fernandez, the lawyer coordinating the effort, told The Associated Press on Monday night that suits were filed Monday in Brazil and Colombia. Petitions also will be filed in Argentina, Chile and Peru in the coming days, he said, adding that authorities in Suriname refused to accept the suit.

“This is one genocide that has been forgotten, but this will force democratic countries to do something,” Fernandez said. “This is just the beginning of the fight.”

Calls to the Sri Lankan Embassy in Brazil’s capital went unanswered Monday evening as did an email seeking comment.

The criminal suits, reviewed by the AP, were spearheaded by the human rights group International Truth and Justice Project, an evidence-gathering organization based in South Africa. The suits have three central aims: push local authorities to open investigations of Jayasuriya, remove his diplomatic immunity and expel him.

Many of the nations where Jayasuriya is ambassador have their own dark histories of military dictatorships and torture.

Fernandez, the coordinating lawyer, was one of the attorneys who worked on international cases against Argentine Gen. Jorge Rafael Videla and Chilean Gen. Augusto Pinochet. He has also helped indict many Guatemalan war criminals and organized crime members, including former President Alfonso Portillo.

While lawsuits across international jurisdictions can be tricky to sort out, such moves can also pay off. In the case of Pinochet, he ended up being arrested and held for a time in England because of international suits filed against him.

The civil war in Sri Lanka, an island off the southern tip of India, raged intermittently between 1983 and 2009. Fueled in part by ethnic tensions between Sinhalese and Tamil citizens, an insurgency against the government was led by a group called the Liberation Tigers of Tamil Eelam. They fought to establish a separate Tamil state in the northeastern part of the island.

The suits say Jayasuriya was commander of the Vanni Security Force from 2007 to 2009, one of the bloodiest periods in a war estimated to have killed more than 100,000 people. The U.N. estimates between 40,000 and 70,000 died in the final phase alone.

According to the suits, Jayasuriya oversaw an offensive from Joseph Camp, also known as Vanni, which the papers claim was a notorious torture site. The International Truth and Justice Project said it interviewed 14 survivors of torture or sexual violence at the camp. According to the group, victims described hearing the howls of detainees at night, which the suits contend Jayasuriya would have been able to hear.

Human rights groups have long been after Jayasuriya, but the Sri Lankan government has refused to try him or others allegedly involved in war abuses. A few years after the war ended, he retired from the military. Jayasuriya was appointed ambassador to Brazil in 2015 and the other countries were added to his purview over the following two years.
By THE ASSOCIATED PRESS / AUGUST 29, 2017 – NYT