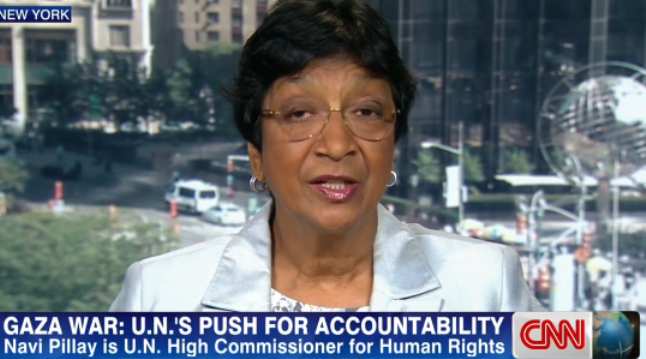 UN Human Rights Commissioner, Navi Pillay, has said that she remains unfazed by derogatory remarks and accusations made against her by Sri Lankan officials.

Speaking to CNN’s Christiane Amanpour just days before the end of her term, Ms Pillay said that she was not disturbed by criticism from Sri Lanka, where she has been criticised and called a “Tamil Tigress”, nor from other countries such as Israel which has attacked her for her stance on Gaza.

In a world dominated by conflict, Human Rights are usually the first casualty.

It is the difficult mandate of United Nations Human Rights High Commissioner to try and protect them.

As the longest serving holder of this post, Navi Pillay is leaving just after scolding attacks on the entirety of the security council. She spoke to them in the past week, telling them that greater responsiveness towards the Syrian crisis could have saved hundreds of thousands of lives.

Many commentators believe that what the world has allowed to happen in Syria in turn let ISIS flourish. Chrsitiane Amanpour asked Navi Pillay about the monstrosities of the extremist group that Pillay’s department has been documenting.

“This group is committing huge atrocities against men, women and children, large number – thousands of people killed and injured.” Pillay told the program.

“What I want say is all actors, state and non-state actors, are accountable under international humanitarian law. But what I see here is neither side is taking measures to protect civilians.”

A U.N. report released on the day of the interview has said that chemical weapon attacks by the Assad regime have been ongoing in Syria, even after United Nation’s efforts to destroy them.

“Our recent report, which is being released today, shows levels of mass atrocities that are over six months period that have really deteriorated, increased to a large measure.”

“That is correct,” she confirmed. 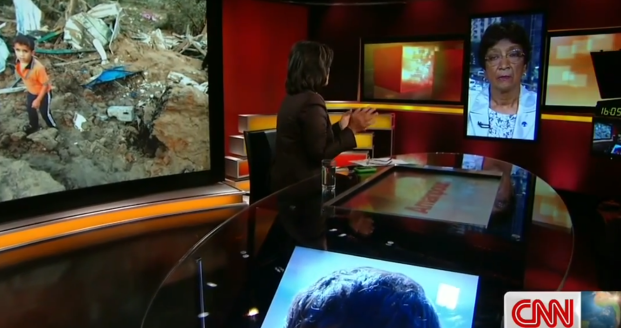 In the same region, Gaza has been left devastated by the Israel Defense Forces.

Pillay came out strongly against the actions of the IDF on the program, but went on to say that Hamas’ actions are also unacceptable:​

“On the other hand, the Hamas and other armed groups are placing civilians as shields. They are placing mortars and rockets within civilian densely populated areas. And those amount to violations of international humanitarian law as well, as disregard for civilians.”

‘I am supremely confident that I speak with moral authority’

Over the six years of her tenure holding one of the highest posts in the United Nations it is no surprise that she has received some criticism.

In Israel she has been attacked for her stance on Gaza, while in Sri Lanka an official named her the ‘Tamil Tigress’.

Amanpour asked how she has dealt with such attacks and criticisms over the years.

“I am supremely confident that I speak with moral authority,” the High Commissioner said.

“These comments do not disturb me at all. There are still the other 190-odd countries who appreciate the work being done by my office because we assist them. They know the importance of investigating serious incidents. And so we continue with our work.”

What about the United States, where her various requests to visit with officials were met with no response.

“They’re a very key partner to my office. So they do help. They do champion human rights. But they have to look to their internal affairs as well.”

“Issues such as addressing racism, racial discrimination and suppression of freedom of assembly, Guantanamo, the use of armed drones, the assassination contracts that have been issued.