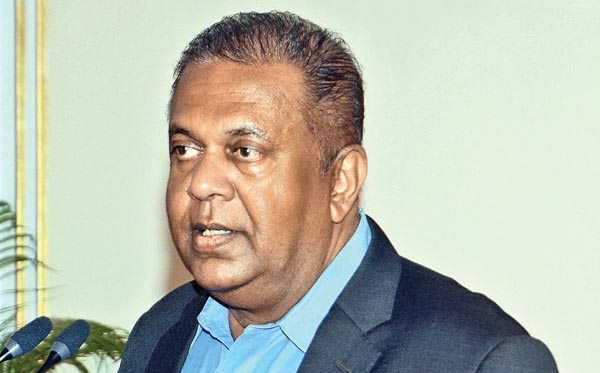 Talks progressing on type of mechanism; Of the type all stakeholders can agree;Truth Seeking Process first.

Consultations are taking place to determine the type of Mechanism for Accountability, the architecture of which can be finalised by the end of the year, Foreign Affairs Minister Mangala Samaraweera said.

“The government will move on to the Accountability area of the US-Sri Lanka resolution to the UN human rights body after setting up the Truth Seeking Proces,” he said

Minister Samaraweera was speaking to the media after his return to the country from attending the 32nd session of the UN Human Rights Council in Geneva. He arrived in the country on Friday. The minister said on the envisioned Court Accountability Mechanism that it will be a type that every stakeholder can agree.

“Finally,” he said, “We know that President Maithripala Sirisena and Prime Minister Ranil Wickremesinghe will look at all the options available and take a decision which will be agreeable to majority of the stakeholders.”

“The Consultations are continuing regarding the Truth Seeking process,” the minister said,” Once the truth seeking process is arrived at we will move on to the area of Accountability .”

“The government is setting up needed institutions to achieve Accountability. The minister said they have already finalized establishment of a Permanent Office on Missing Persons. This is due to be debated in Parliament in the following month,” he said.

“The government thinks reconciliation is the most important factor for development. This is one of the reasons why the government decided to co-sponsor the resolution,” he stated.

The reconciliation process is moving forward on the pillars of Truth Seeking, Accountability, Reparation and Non-recurrence, he explained. The government’s move to co-sponsoring the US-led UN resolution on Sri Lanka was a good one, because it gave Sri Lanka a chance to design certain institutions which has given all Sri Lankans a chance to have a dialogue about the mistakes it had done in the past.