US Foreign Affairs Committee tweets Ahimsa Wickrematunge’s article: “I hold Rajapaksa responsible for his role in my father’s murder” 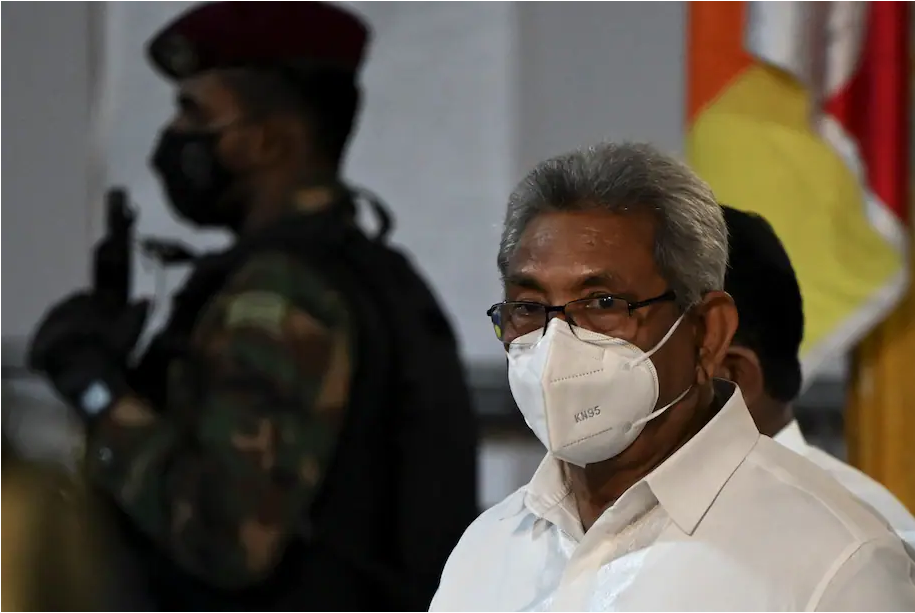 “Freedom of the press is a fundamental principle of any democracy, as is accountability for those who commit atrocities. Escaping justice for the murder of a journalist deeply undermines both of these principles. The US must reassert its leadership role on human rights and support calls for justice in Sri Lanka” says United States House Foreign Affairs Committee tweeting an article by Ahimsa Wickrematunge published in the Washington Post.

Freedom of the press is a fundamental principle of any democracy, as is accountability for those who commit atrocities… (1/2)https://t.co/FRPhO2pjA9

Escaping justice for the murder of a journalist deeply undermines both of these principles. The US must reassert its leadership role on human rights and support calls for justice in #SriLanka. (2/2)

My father was assassinated 12 years ago. Sri Lanka’s leaders are still denying us justice.

In 2007, my father, Lasantha Wickrematunge, one of Sri Lanka’s most fiercely independent journalists, exposed an arms deal involving then-Secretary of Defense Gotabaya Rajapaksa embezzling over $10 million in government funds.

Rajapaksa took him to court, alleging defamation. Shortly thereafter, my father’s printing press at the Sunday Leader, where he was editor in chief, was stormed by a masked gang in the middle of the night. Two of his staff were assaulted, and the press itself was set on fire.

On Jan. 8, 2009, weeks before my father could testify about the corrupt arms deal, military intelligence officers ambushed him as he drove to work. They murdered him, tearing my family apart, ripping a hole in my soul and petrifying journalists across Sri Lanka.

I hold Rajapaksa responsible — as I made plain when I moved to sue Rajapaksa in Los Angeles for his role in my father’s murder. His shocking November 2019 election as president of Sri Lanka has brought immeasurable pain to me and my family and damage to the fabric of Sri Lankan civil society. (When a BBC reporter questioned Rajapaksa about my father’s murder, he dodged the question, laughing dismissively.)

Last week, U.N. human rights chief Michelle Bachelet presented a report that offered a devastating verdict on human rights abuses in Sri Lanka. She recommended that the international community move to hold Sri Lanka accountable for its consistent failure to bring justice for the victims. In the next weeks, the U.N. Human Rights Council will be deliberating over a possible response.

When Mahinda Rajapaksa was elected Sri Lankan president in November 2005, he put his brother Gotabaya in charge of Sri Lanka’s Ministry of Defense. Together, they oversaw some of the worst atrocity crimes in Sri Lanka and systematically targeted any journalist brave enough to speak out against them. Despite briefly losing office following his brother’s electoral defeat in 2015, this accused war criminal — Gotabaya Rajapaksa — is now back in power.

The coverup that followed my father’s death in 2009 was meticulous, as documented in my recent communication to the United Nations and by Human Rights Watch. The autopsy report contradicted the hospital’s findings on cause of death. Investigators were threatened. Evidence was falsified and planted. Two innocent civilians who were framed for the attack were later shot, their bodies incinerated. Another was arrested and died in custody.

Six years after my father’s killing, on Jan. 8, 2015, Sri Lankans voted out the Rajapaksa regime and elected a new government, led by President Maithripala Sirisena, that pledged justice to the many victims of atrocities under the previous regime. Police investigators soon zeroed in on a military death squad, the Tripoli platoon, that had allegedly been controlled by then-Defense Secretary Rajapaksa.

But when detectives exposed Rajapaksa’s role, their investigations were stymied. As far as the Sri Lankan judiciary was concerned, he was invincible. Judges broke with centuries of precedent to issue orders preventing his arrest. When a court sought to question him over the killing of two human rights activists, a judge shut them down. When he was indicted for embezzlement, more judges stepped in to stop his trial going forward.

That was when I decided to turn to the U.S. courts. But Rajapaksa had already launched a new campaign for the presidency. His platform: rebuilding the intelligence service and exonerating intelligence officers accused of atrocities. I watched in horror 15 months ago as Sri Lankans elected the man accused of killing my father. His new status as president gave him immunity.

As president, Rajapaksa wasted no time ensuring that impunity would be the law of the land. He promoted judges who had kept him above the law. He pardoned a soldier convicted of war crimes for killing children. Detectives who investigated such atrocities fled or faced arrest. Shani Abeysekara, the FBI-trained police executive who ran Sri Lanka’s Criminal Investigation Department and led breakthroughs in several emblematic investigations, was locked up on bogus charges. In May, Rajapaksa handpicked the new head of the CID — a policeman who has been accused of covering up evidence of my father’s murder. All this as the international community continues to expect Sri Lanka to provide justice for victims.

Foreseeing his own murder, my father wrote himself an obituary in which he lamented that murder had “become the primary tool” for controlling “the organs of liberty.” Twelve years later, with those very same organs on life support, it is high time for the world to draw a red line at the killing of journalists and ensure that murderous autocrats pay a price.

But today, as I watch the killers of heroes like Anna Politkovskaya, Jamal Khashoggi and my father rub shoulders on the world stage, it seems that killing a journalist is just another rite of passage for emerging autocrats.