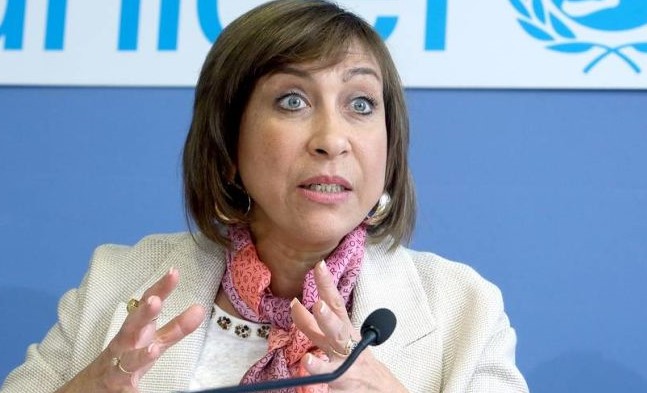 Ven. Jamburawela Chandraratne Thera, representing the People’s Responsibility Centre (PRC), has criticised the United Nations (UN) Resident Coordinator to Sri Lanka, Hanaa Singer for her undue attempts to influence internal affairs of Sri Lanka, by urging the Prime Minister to change the decision of cremating the bodies of Muslims dying of COVID-19.

Recently, she raised concerns over the Health Ministry claim that cremation is the only method for the disposal of bodies suspected of COVID-19 infected.

Singer in the letter stated, across the world, the safe and dignified handling of those patients whose lives have been tragically claimed by this Virus has been an important part of the COVID-19 response.

However, the monk said, they strongly object to her views which she had expressed in her letter to Prime Minister Mahinda Rajapaksa to allow the Muslims who die due to the Virus to be buried and not to cremated against their wish.

Singer said, the common assumption that people who died of a communicable disease should be cremated to prevent spread is not supported by evidence. Instead, cremation is a matter of cultural choice and available resources, she added.

The PRC stated, the Government decided to cremate bodies of COVID-19 victims on the recommendation of the expert committee appointed by the Ministry of Health and that the decision to cremate the bodies was uniform to all citizens irrespective of their religion, race, ethnicity or any other difference. Considering the gravity of the COVID-19 situation, Buddhists, Hindus, Catholics and the vast majority of Muslims have accepted the decisions and compromised their religious rights.

They said, Singer’s statement is not acceptable and that she should not influence the Government to change its decisions without any rational basis.

The monk also said, they have raised serious concerns as to whether she has been influenced by Islamist extremists.

The UN office should respect the sovereignty and integrity of our country, they stated.

They reiterated that the World Health Organization has clearly mentioned in their guidelines on the disposal of COVID-19 dead bodies that the methodology of disposal needs to be decided by each country separately, after analysing the factors unique to the local setting and further said, there is no discrimination to the Muslim community or any other group in the Government’s decision on the disposal of COVID-19 infected bodies.

This will also give undue influence and more energy to Islamist extremists, they claimed. They urged the UN top official to avoid exerting such unethical influence on the Government which will seriously damage the image of the UN.

The letter was signed by the PRC Convener Wasantha Alwis too.  They also informed President Gotabaya Rajapaksa and the Minister of Foreign Affairs Dinesh Gunawardena about their objections.