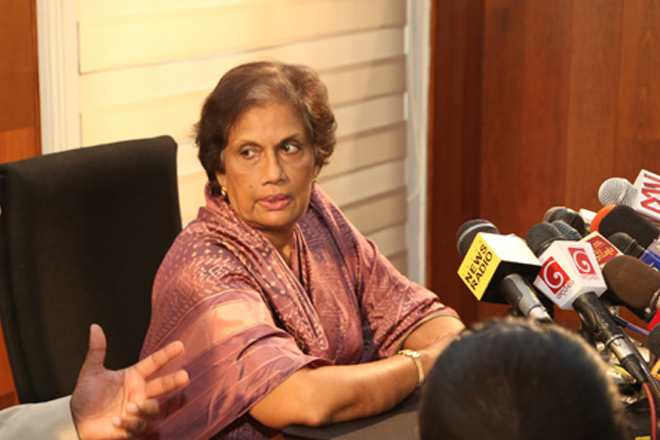 Former President Chandrika Kumarathunga and nine other ministers had availed themselves of unpaid air travel by helicopters and planes from the Sri Lanka Air Force (SLAF) from 10 January 2015 to 30 April 2016.

This has been stated by State Minister for Defence Ruwan Wijewardene in Parliament yesterday.

He added that Governors of the Eastern and North Central Provinces had also used State air travel sans payment and that IGP Pujith Jayasundera has also obtained the same facility when he was a Senior DIG.

The Minister’s statement added that Ministry Secretaries, the SLRC, Ports Authority and the Finance Ministry had also used similar facilities for official duties at no cost.
He submitted a statement to Parliament which also said 169 firms and individuals had used are travel services during this period and made an aggregate payment of Rs 201,446,540.48 to the SLAF for those services.

The reply states however that Ministers Karunanayake, Mustapha and Ratnayake had also paid for some of their flights on SLAF craft.