UNP shows its true Colours:Ranil says Govt. has signed too many HR treaties 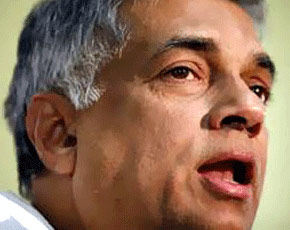 Even as Sri Lanka comes under heavy international scrutiny about its human rights record in Geneva this month, Opposition Leader Ranil Wickremesinghe yesterday faulted the incumbent regime for signing certain international conventions and protocols that obliged the country to abide by international humanitarian law.Wickremesinghe who was addressing party activists at the UNP Headquarters Sirikotha yesterday said that the Government had supported a resolution at the UN Human Rights Council in Geneva in 2009 that accepted the Council’s power to investigate human rights violations in UN Member states.

According to the UNP Leader, the 2009 resolution that had been supported by the Government, Sri Lanka had accepted that the international community and the UN Expert Panels like the Darusman Panel had the right to investigate rights abuses in the country.

“The Government has also given an undertaking to the international community, through this that it would take action against those who violate human rights during the war by these covenants,” Wickremesinghe said. He added that the Government had placed the country in a precarious position by signing these international protocols.
He said that during his tenure as Prime Minsiter of Sri Lanka he had completely rejected signing on the Rome Statute that established the International Criminal Court. “As a political leader even during a time when peace talks were underway with the LTTE, I knew that if war was to resume, signing the Statute would make Sri Lankan leaders open to war crimes prosecutions,” Wickremesinghe said.

It was another matter to become a signatory to the Rome Statute once the war ended, but under the condition that the protocols would not apply to Sri Lanka retroactively, he said. In other words, Wickremesinghe said, the international community would have no power to investigate incidents prior to the signing.
“I was criticized at the time by human rights organizations for my decision not to sign the Statute,” the UNP Leader said.

Wickremesinghe said that the Mahinda Rajapaksa Government had undone his good work in 2002-2003 on behalf of the country.

Why is Sri Lanka in this position even after I removed Sri Lanka from the international war crimes law? –  Ranil 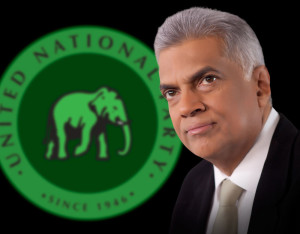 Speaking at a media briefing held on Wednesday, Opposition Leader Ranil Wickremesinghe commented on the United Nations Human Rights Council session in Geneva.’The United National Party did not go to Geneva. Following the 2009 proposal and the pledge given to the team behind the Darusman Report, the government has accepted that violations of human rights and international human rights law in this country can be looked into.


They have also pledged that they will take action against these people under Sri Lankan law. So the government has arrived at a stance that differs completely from the stance that we took. In accordance with the stance that the Government has taken, it is pointless for us to shout back at the Human Rights Council because they will point these out. There is no point in telling Navi Pillay either – as she will also point it out. Why is Sri Lanka in this position even after I removed Sri Lanka from the international war crimes law?’ stated Opposition Leader, Ranil Wickremesinghe.
News