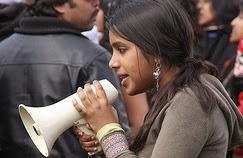 Joint Statement on UNHRC Resolution 25/1 on Sri Lanka
We welcome the establishment of an international investigative mechanism to establish the facts and circumstances pertaining to “serious violations and abuses of human rights and related crimes” committed in the island of Sri Lanka. The UN Human Rights Council adopted Resolution A/HRC/25/L.1/Rev.1 on March 27, 2014, which paves the way for a comprehensive international investigation. We urge that the investigation should cover the period prior to, during and after the end of the armed conflict in 2009.
However, we would have liked to see the resolution better reflect the survivors’ and victims’ narratives seeking justice, reparations and closure for the killing of over 70,000 Tamils in just a few months in 2009 and determining the fate of 146,679 Tamils who remain unaccounted. While Tamils the world over appreciate the well-intended efforts of the 23 nations that voted to adopt this resolution, we regret India’s opposition to the establishment of an international investigation. India’s history of moral leadership and courage, coupled with its unique cultural and intellectual affinity with Eelam Tamils, makes its abstention and vote against the operative paragraph establishing an investigation deeply disappointing.
Further, the resolution comes short of adequately recognizing the Sinhala military occupation of Tamil areas and the urgent need for demilitarization of the North and East. The overwhelming military presence in Tamil areas perpetuates ongoing illegal land acquisition (land grabs), state-aided demographic changes, destruction of ancestral properties, school and temples, coercive contraception of Tamil women, and sexual violence with impunity.
Given the above, and mindful of the barriers the Government of Sri Lanka might place on an impartial international investigation, we urge the United Nations to institute an international protection mechanism to ensure the physical security and dignity of witnesses, survivors and human rights defenders. We also urge the UN Secretary General to seize the matter under Article 99 of the UN Charter.
We wish to reiterate that the root cause of Sri Lanka’s conflict is the continuing and pervasive human rights and humanitarian law violations by successive Sri Lankan governments, primarily aimed at destroying the Tamil ethnicity, and amounting to genocide of the Tamil people on the island.
The UN Panel of Experts report observed, “the ongoing exclusionary policies, which are particularly deleterious as political, social, and economic exclusion based on ethnicity, perceived or real, have been at the heart of the conflict”. The rule of law in Sri Lanka is based on a racially-entrenched majoritarian Sri Lankan Constitution. It is of concern to note the explicit acceptance of the 13th Amendment in the UNHRC resolution, a provision which fails to provide for power-sharing as stated by the Sri Lankan Supreme Court itself. Tamils never participated in the promulgation of the 13th Amendment or the 1972 and 1978 Constitutions.
Thus, we appeal to the international community to create democratic space for the Tamil people to express their political aspirations unencumbered so that any gains on accountability through an international investigation can be sustained and translated into a durable political solution and peace for the peoples on the island.
We the undersigned organisations and entities have the highest confidence in the Office of the High Commissioner for Human Rights and High Commissioner Navi Pillay’s unflinching commitment to the protection and promotion of human rights. We are confident that the High Commissioner will expeditiously establish an international investigative mechanism to comprehensively investigate the credible evidence of war crimes, crimes against humanity, and genocide. We also hope that submission of the findings to the UN Security Council would pave the way for International Criminal Court prosecution for those crimes to ensure justice.  As Kofi Annan said, “impunity anywhere is a threat to international peace and security everywhere.”