UNHRC resolution: “Sri Lanka has made considerable progress and will report to UNHRC” 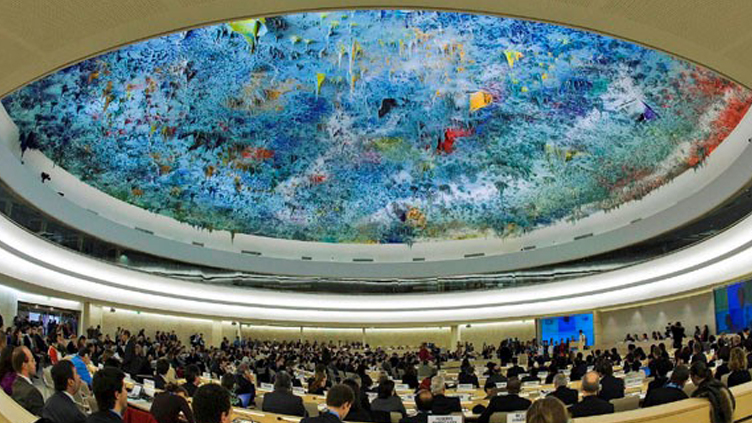 As regard to the UNHRC resolution 30/1 co-sponsored by the US and Sri Lanka and adopted in early October 2015, Foreign Affairs Minister Tilak Marapana said Sri Lanka has made considerable progress on complying with the requirements expected of Sri Lanka.

Further more, the resolution overlapped undertakings in the EU for Sri Lanka to obtain GSP+ facilities and the lifting of the export of fish ban, Minister Marapana told Daily Mirror yesterday.

“The establishment of the Office of Missing Persons (OMP), passing of the International Convention for the Protection of All Persons from Enforced Disappearance Act, tabling of Reparations Bill and the Counter Terrorism Bill are the steps taken in the right direction by Sri Lanka to fulfil her obligations.

“We have had regular consultations with other co-sponsors, EU, UK and Canada and those who voted for the resolution at the UNHRC who have expressed their appreciation on the progress that has been made by Sri Lanka. Further, anyone could see himself how this government has restored democracy, rule of law, the independence of judiciary and media. Today, no one has the feeling of insecurity, abduction or disappearance. The government has also constituted the Constitution Council and through it established independent commissions. No suppression of media and harassment on media personnel, critical on the government,” Minister Marapana emphasized.

Many diplomats met him had acknowledged the vast difference witnessed in Sri Lanka with the advent of the unity government, he said.

They have commended Sri Lanka for the progress that had been made and noted that other countries could emulate Sri Lanka to achieve similar results.

“What is significant is that Sri Lanka has achieved this progress without sacrificing its core policies or individuals,” Minister Marapana stressed.

As regards to myths of alleged international pressure, Minister Marapana said there was no pressure as such.

“We have taken upon ourselves the reforms which are beneficial to our people. In this regard, the government is well aware of where we should draw the line. We are confident that the International Community will defend us to the hilt at the March 2019 sessions of the UNHRC and therefore no one must unnecessarily worry about it,” Minister Marapana stressed.

Prime Minister Ranil Wickremesinghe said at the Oxford University, on Monday, that there was no need for foreign intervention in Sri Lanka to investigate allegations of war crimes against the security forces and the LTTE.

Responding to questions after addressing students of Oxford University at the Oxford Union Chamber, the Prime Minister said that the current Sri Lankan government had, since assuming office on January 15, 2009, restored democracy, the independence of public institutions including the judiciary and police, addressed to a large extent reconciliation issues, rehabilitation of the war affected and returned a majority of civilian lands that were in the hands of the military to its rightful owners, while taking into consideration national security.

Wickremesinghe said foreign assistance was welcome, but it was better for the war crimes allegations to be investigated by the Sri Lankan judiciary. “Any one is free to come and observe the proceedings. In keeping with UN resolutions, we report to Geneva of the progress made on transitional justice, reconciliation, reparations, rehabilitation etc. Our next report is due in March 2019.”