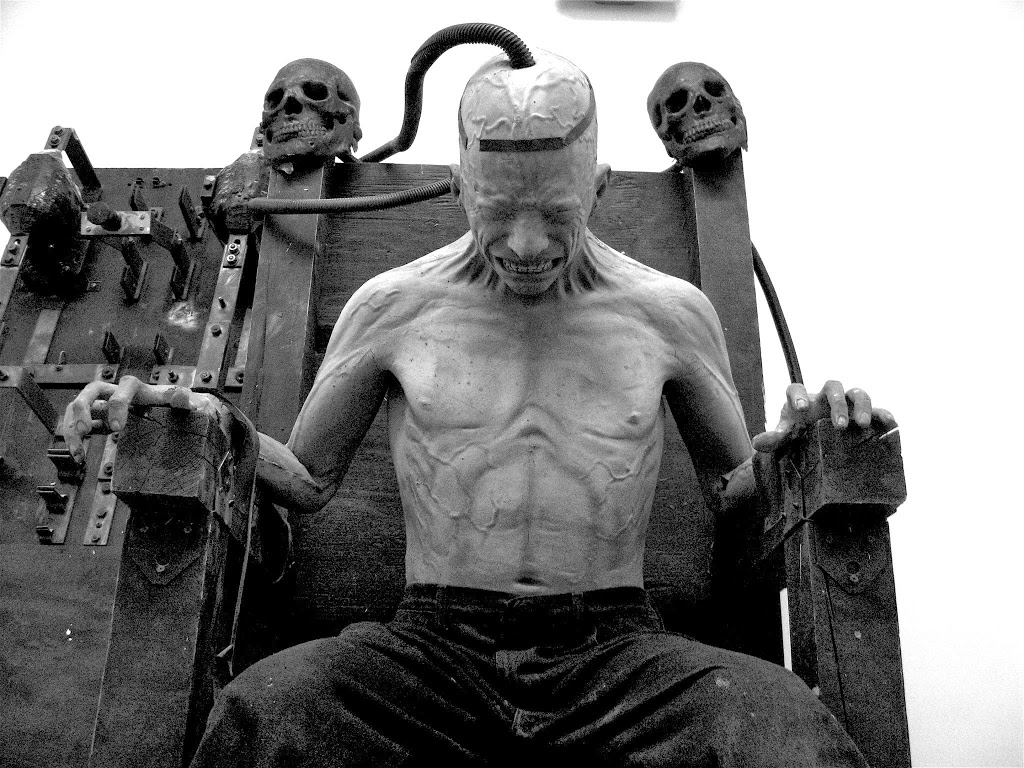 Why did the ‘electric chair’ fail Mahinda at this election?  by Upul Joseph Fernando
Mahinda’s decision to hold Southern and Western Provincial Council elections just one day after the vote on the US resolution in Geneva was not a random decision based purely on auspicious planetary movements in the heavens. He had a more down-to-earth reason to do so. He was more or less aware that the Geneva vote would deal him a defeat, albeit, as he was wont to believe, somewhat less severely than it was ultimately delivered.
He had estimated that the vote would be a close call, which would provide him with a good chance of harping on it to the electorate just getting ready to cast their vote at the Southern and Western Provincial Council elections, as a virtual victory for minnows Sri Lanka in almost beating mighty America.
But the result at the UN vote was not much satisfying to Mahinda as the vote against the resolution was not as substantial as he expected. However, with active involvement of his analysts adept at arithmetical interpretation of facts and figures he held up for public viewing a victory for Lanka in Geneva, juxtaposing figures in a manner suited to this end.
According to the argument advanced by his analysts, when abstentions at the UN vote was taken together with the vote against the resolution, the sum total would be more than the ‘yes’ vote. Therefore, we have defeated the US at its own game, went their reasoning. A spate of posters went up in many areas in the country expressing gratitude to the countries that voted against the resolution and for those who abstained from voting assuring us an arithmetical victory over the US. Even India’s moderate stance this time showed by its abstention from voting was also shown up as a victory for Mahinda.
Few anti-US protests
During the last phase of the just concluded Provincial Council elections, opposition parties were girding up to face a storm of protests against the US, whipped up by ultra-nationalist supporters of the government. However, the anticipated protests did not materialize. Perhaps Mahinda would not have liked to harp on the Geneva resolution for another election victory, as it has now obviously exhausted its usefulness. By deciding to hold the elections just after the vote in Geneva was to send out a message to the international community who were promoting the resolution that the common masses of the country were with Mahinda, come what may.

During the entire election campaign from the beginning to end, Mahinda and his coterie of supporters including Ministers and Parliamentarians were emphasizing one fact to the exclusion of all others; that let the US resolution win at UNHRC in Geneva, but we will win our elections resoundingly because people are with us all the way. He raised the electric chair spectre also at the election meetings as expected. Mahinda had decided to hold Southern Provincial Council election at the same time as that of the Western Province even though it was not yet due, considering certain factors which were all in his favour.

The Southern Province is virtually a Rajapaksa fiefdom, an undisputed fact. Then again, the Southern Province had always been a hotbed of nationalism; a good place to stoke nationalism, not forgetting the fact that Mahinda was brought into political power by the Southern nationalists in the first place.
Obviously, Mahinda’s trumps have not played true to form as expected. Adverse UNHRC resolution and electric chair bogey has not delivered desired election results. Mahinda gave an expressway to the southerners before election. It was to no avail.
The government’s electoral setbacks are clearly shown by some relevant statistics. In the 2009, Southern Provincial Council election UPFA received 67.88% of the votes polled whereas it has dropped to 58% at this election. At the Western Provincial Council election in 2009 UPFA received 64.73% of the votes polled, which was down to 53.35% this time around. Hambantota, heartland of Rajapaksa power configuration affords a clear example of the dissipation of UPFA’s political power in that district. Hambantota was immensely developed with a port, airport, conference centre, cricket ground and many other facilities, all at international standard, no less. But the vote count, which was 66.95% in 2009, has shrunk to only 57% at the election just concluded. If the electric chair’s heat is not strongly felt in Rajapaksa heartland Hambantota, its effect in other parts of the country could be rather innocuous.
No challenge
At the beginning of this year’s election campaign in the Southern and Western Provinces, there was practically no opposition to pose a challenge to the government. The government, therefore, considered this election as a one-horse race. When some UPFA stalwarts tried to convince Mahinda that it would be useful to encourage some to cross over to join them, he flatly refused saying it was not necessary as they could win easily. Same sentiments motivated him when refusing John Amaratunga’s overtures to join, too. Mahinda was confident he could easily grab a 65% share of the total vote for the UPFA.
There was a certain marked similarity of the times when the elections were scheduled for both provinces. In 2009, the Western Province election was held during the last phase of the war, appealing to the voter to strengthen his hand to defeat Prabhakaran. The Sothern Province election was held during a time overflowing with euphoria after Prabhakaran’s defeat. This time, the elections were scheduled to be held just one day after the UN resolution, calling for the people’s support to defeat the UNHRC resolution.
The government won the election as forecast by various kinds of analysts. In actual fact, contesting against a weakened and fractious opposition and winning a provincial election is nothing to shout from the rooftops, for a sitting government .
If Mahinda is seriously thinking about a snap Presidential election, he might as well take note of two factors which won him elections in the past few years: his popularity and people’s abhorrence of the electric chair. As clearly shown by the final vote count in both provinces, Mahinda is seen to be losing the popular support. As for the electric chair, it has already lost its election winning edge.