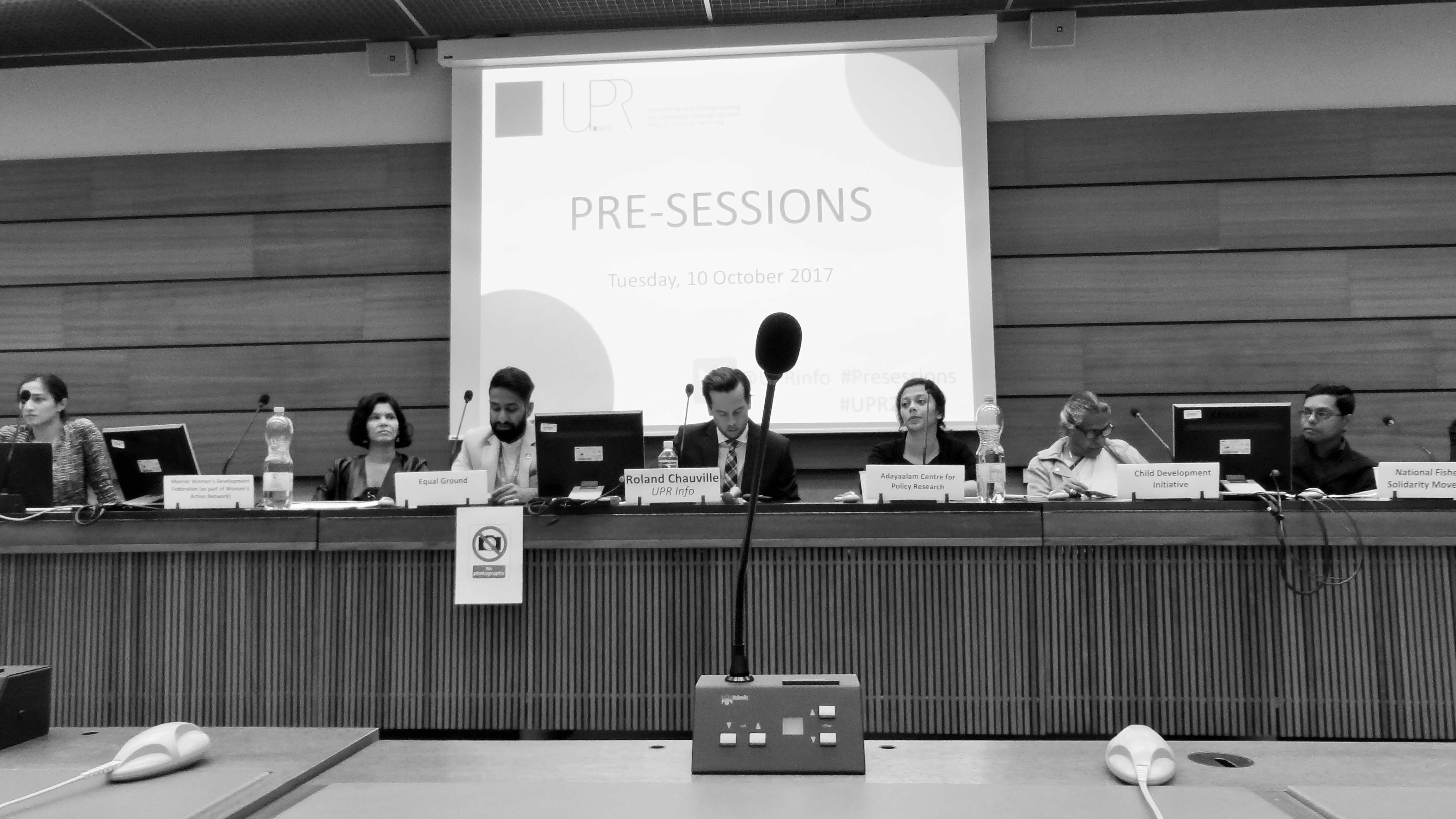 At Sri Lanka’s last UPR, the Government accepted recommendations from South Africa and Iran (numbers 127.68 and 127.69). These recommendations called on Sri Lanka to “criminalize all forms of violence against women and hold perpetrators accountable”, and to implement the “Prevention of Domestic Violence Act.” These recommendations have not been successfully implemented. Human rights victims, and particularly survivors of sexual and gender-based violence (SGBV), are denied their right to remedy as the state fails to investigate or prosecute reported crimes.

Militarization and high numbers of female-headed households place women at particular risk in the formerly war torn areas of north and east. Since the last review, Women’s Action Network has continued to document rape, murder, domestic violence, child abuse, and sexual bribery. According to police statistics, incidents of rape are on the rise, and a woman is raped every four hours in Sri Lanka.[1]

At its most recent review, CEDAW recommended a zero tolerance policy for sexual violence perpetrated by the army and the police. Yet, as recently as June 19th, a police officer raped a Rohingya refugee woman while on duty. In July 2017, a senior DIG was suspended from the police force following reports that he helped an accused rapist escape.  Delays in reforming discriminatory laws, the lack of gender-sensitivity, and inactivity and corruption in law enforcement have entrenched the culture of impunity.

Sexual exploitation (SE) through bribery is widespread. Officials at police stations, government offices, courts, and government schools abuse their positions and demand sexual favours to grant access to services (particularly in connection with post-war return, rehabilitation, resettlement, development, and public assistance). WAN has documented about 35 cases in the north and east alone. Victims are harassed to drop their complaints, and few cases are reported.  In cases that are reported, perpetrators are reinstated after a short suspension or merely transferred.[2]

Domestic violence has been on the rise. Continuing problems include unreliable 1-1-9 emergency responses with no Tamil-speaking operators and significant police failures in enforcing domestic violence protection orders.

Muslim women face particular hurdles under the Muslim Marriage and Divorce Act (MMDA) and the Quazi court system.  Article 16(1) of the 1978 Constitution exempts the MMDA from the Fundamental Rights chapter, leaving Muslim women as second-class rights holders.[3] Although the age of marriage in Sri Lanka is 18 under the General Marriage Registration Ordinance (GMRO), the MMDA allows child marriage without any age restriction and makes marriage registration optional.

Adult Muslim women require their guardian’s consent to marry; are barred from holding state-salaried positions as Quazi judges or marriage registrars; and have no right to object to their husband’s polygamy. The State has renounced its responsibility to reform the MMDA, calling it an internal matter for the Muslim community even as it embarks on constitutional reform.

Impunity is rampant.  Courts provide minimal protection for victims of SGBV.  Judges and defence lawyers ask questions that blame or re-traumatise victims, and these questions cannot be contested.[4]  The accused are granted bail and often threaten witnesses and victims.  DNA testing is delayed, evidence is lost, and cases are either dropped or delayed for many years.

The Following are our recommendations: