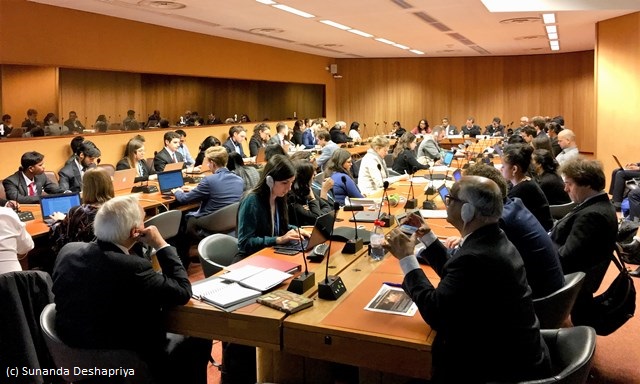 Mr. Budi Tjahjono from Franciscans International moderated the event. Ms. Sandya Eknaligoda and Dr. Kasipillai Manoharan gave testimonies about their cases. Human rights defenders from Sri Lanka namely: Dr. Paikiasothy Saravanamuttu from the Centre for Policy Alternatives (CPA), Ms. Shyamala Gomez from the Centre for Equality and Justice (CEJ) and Mr. Senaka Perera from the Committee for Protecting Rights of Prisoners described the progress and challenges in implementing HRC resolution 30/1. 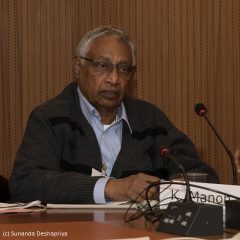 Dr. Manoharan shared his testimony with the audience about the “Trinco 5” killings which his son was one of the victims. On 2nd January 2006 there was a bomb blast in Trincomalee, Eastern province. He received a message from his son that the security forces rounded them up. When he arrived at the site, he was stopped by the security forces. He was told that there was an operation going on, because there were rebels inside. He could not enter the site until they left. He could see the light of a gun fire in the site. At 8 o’clock there was a truck going to a hospital. When he entered the premises, he could not see anyone there. He was told that some people were shot, and he could go to the hospital to find them. There were only two students in the hospital. He was then informed that there were 5 corpses in the morgue. When he visited the morgue, he saw his son’s body. He stated that there has been no progress on the case, and he does not feel safe enough to be the witness for the investigation. 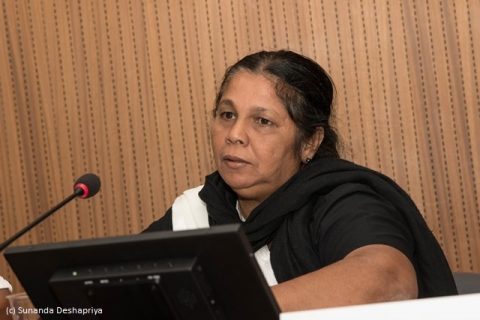 Ms. Eknaligoda shared her challenges in searching for her husband Prageeth Ekinaligoda who was a journalist and made disappeared in 2010. She testified that even though the case has been going on since 2010 which re-opened in 2015, there has been no indictment. She believed that the reason why they have not been able to conclude the case is because there is no cooperation from the security forces. Instead of finding truth and justice, what she faces is intimidation and harassment. She supposed that she must be one of the biggest recipients of harassments both offline and online due to her activism. There are many families of the disappeared in Sri Lanka who are made to fear and face harassments. She recalled that they had a lot of hope in 2015 when the OISL report was presented, but many promises in resolution 30/1 have not been implemented yet. She raised a concern that those who made people disappeared are celebrated as war heroes, while the protesting mothers in the North on the road are not given adequate attention from the Government. Since about twenty mothers of the disappeared have now passed away, she questioned what happens to the information and evidences they had. She urged the audience to take action to preserve evidences from those mothers before it becomes too late. She believed that the Government is deliberately taking time on those cases in order to make the information lost. She stressed that there is no other choice but to extend the HRC resolution, but it needs to be done with a time-frame which comes in force to allow victims and their families get justice. 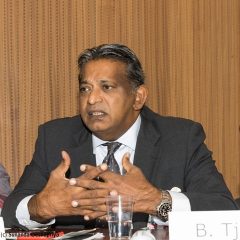 Dr. Saravanamuttu reminded the audience that there are four transitional justice mechanisms the Government promised to implement. Among them is the Office on Missing Persons (OMP) in which it almost took two years for it to be set up. He stressed the importance to keep the question of accountably alive, while keeping in mind that there are no quick fixes. Commissioners for the Office for Reparations, the second mechanism, have been under consideration for appointment. Details of the third mechanism, Truth and Reconciliation Commission, have remained unclear. He pointed out that the transitional justice process became a political competition due to the upcoming Presidential election in 2019 and general elections in 2020. He shared a concern that the President has seemed to be turning back on the forces that brought him to power in 2015, as he has taken hard line positions. With regard to the civil society space in this context, he noted certain improvements which allowed human rights defenders to engage with the transitional justice process. Yet, he pointed out that it has remained to be more challenging in the North and East. He alarmed the audience that the situation would significantly worsen if the former President Rajapaksa comes back to power. He stressed that there is certainty no guarantee for those positive developments will last. 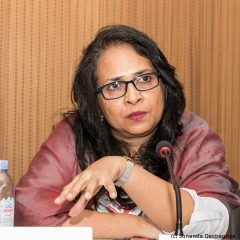 Ms. Gomez shared the ground situation regarding conflict-affected women belonging to all communities in Sri Lanka. In her opening, she highlighted the issue of continued military occupation of private land and how it has been a significant impediment for women to re-establish normalcy in the aftermath of the conflict. While noting the introduction of Government policies in relation to conflict-affected women, she regretted the lack of implementation. She noted that there are reported cases of sexual exploitation of conflict-affected women where women have been asked for sexual favors by some officials in exchange for government services they are legally obliged to provide. The women have also had to face a number of obstacles in relation to their safety. She pointed out that there was a lack of institutional and community support to report cases of sexual exploitation due to victim blaming and shaming. Also, fear of reprisal owing to the fact that their perpetrators continue to wield power at administrative and community levels further discourages their attempts to pursue of justice. She further pointed out a severe lack of psychosocial counselling and support for the women. As counsellors appointed by the Government also live within the community, it discourages women from seeking help as they fear the exposure of their personal experiences. Furthermore, the lack of proper training of counsellors risks causing more harm than good. In terms of reparations, she raised the issue that the women do not know what kind of reparation they can ask for and fear that seeking of certain kinds of reparations would require them to expose their personal stories and reasons for being eligible for reparation. Ms. Gomes stated that the Office for Reparation should find a way to protect the women and maintain the confidentiality of their testimonies. She also reported the significant number of “early cohabitation” of girl children (including with members of the military) in war-affected districts. She stated that these amount to child marriages, but cannot be termed as such as the law does not recognize marriage below the age of majority as legal. 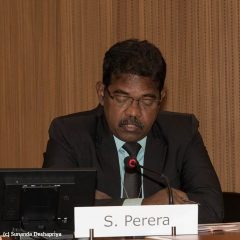