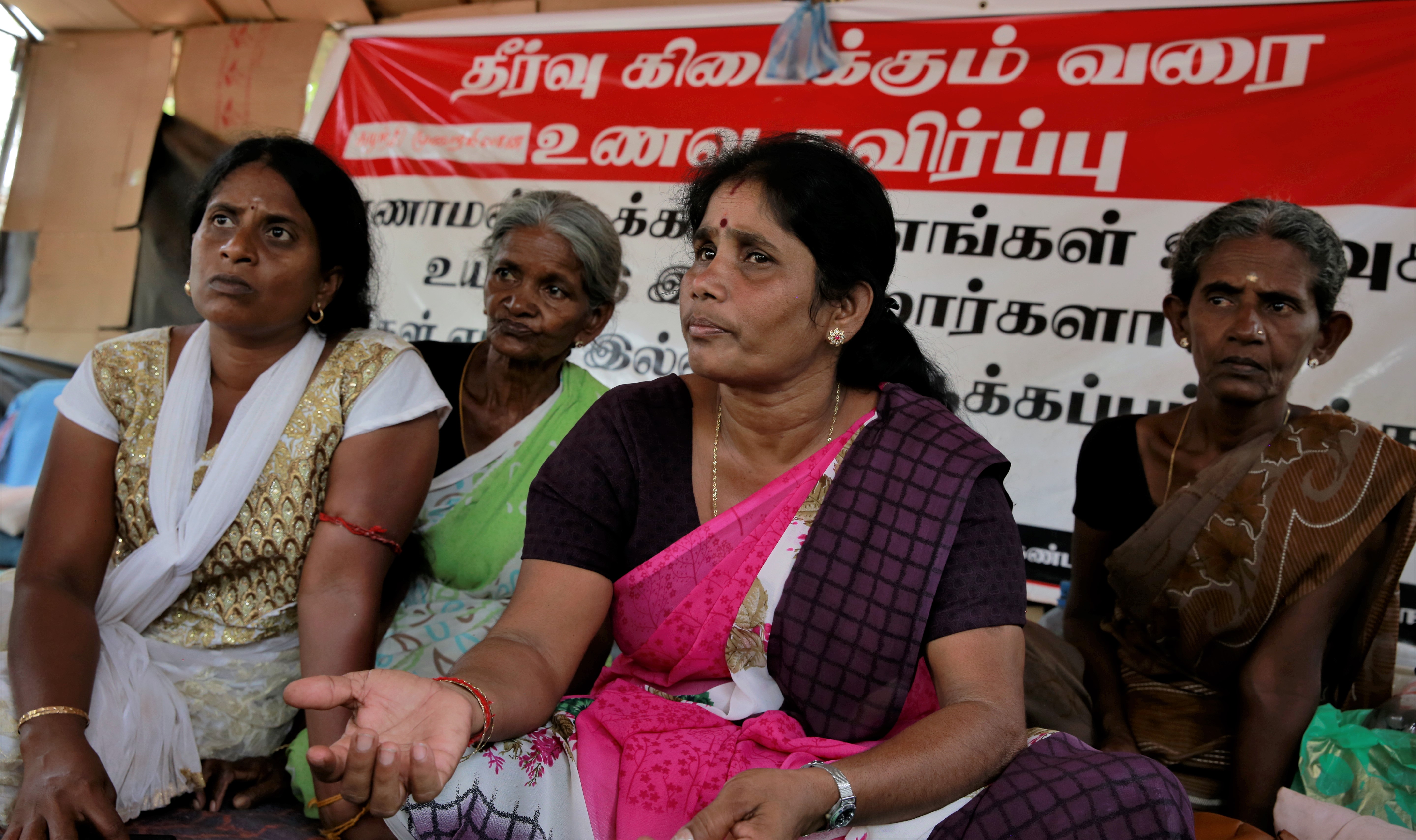 Image: Day after Sirisena singed the OMP gazette mothers of the disappeared were still continuing their campaign for justice for 148th day in Vavunia (c)s.deshapriya.

Farhan Haq, Deputy Spokesman for UN Secretary-General Antonio Gutereres, said that establishment of the OMP was a “significant milestone” for all Sri Lankans still searching for the truth about their missing loved ones.

The UN today lauded Sri Lanka for setting up the Office of Missing Persons (OMP), terming it a “significant milestone” for all searching for nearly 20,000 people who are still missing eight years after the end of nearly three-decade-long brutal civil war. Sri Lankan President Maithripala Sirisena signed the gazette on the OMP on Thursday, a move which has drawn praise from the international community.
Farhan Haq, Deputy Spokesman for UN Secretary-General Antonio Gutereres, said that establishment of the OMP was a “significant milestone” for all Sri Lankans still searching for the truth about their missing loved ones. “The United Nations stands ready to support the process and that the Secretary-General looks forward to the OMP becoming operational as soon as possible, starting with the appointment of the independent commissioners,” Haq said quoted Guterres as saying in a statement.

UN Resident Coordinator in Colombo Una McCauley said that setting up of the OMP was a significant step forward for the people of Sri Lanka. US Ambassador to Sri Lanka Atul Keshap said he was happy about the move as it will provide families waiting for answers hope for swiftest operationalisation of the office.

Canada’s High Commissioner to Sri Lanka Shelley Whiting said the signing of the OMP gazette was a welcome and important step towards providing families of the missing with answers. The OMP was one of the accountability mechanisms advocated in UN Human Rights Council resolutions on Sri Lanka since 2013.

They called for the establishment of independent international court to probe alleged war crimes committed by both the Liberation Tigers of Tamil Eelam (LTTE) and the government troops during the last stages of the 30-year-long civil war which ended in 2009.

According to the government estimates, around 20,000 people are still missing due to various conflicts including the 30-year-long separatist war with Lankan Tamils in the north and east which claimed the lives of at least 100,000 people.

The LTTE, which led the separatist war for a separate Tamil homeland, was finally crushed by the Lankan military in 2009 with the death of its supremo Velupillai Prabhakaran.
NE