UN deplores return of asylum-seekers to SL by Australia . 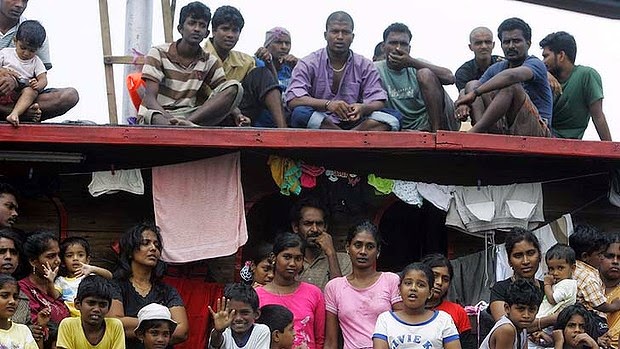 The UN refugee agency UNHCR has expressed concern over the deportation of 41 Sri Lankan asylum seekers from Australia. A further 153 asylum seekers also from Sri Lanka have had their deportation blocked by the Australian High Court. UNHCR says it had been informed by authorities in Australia that enhanced screening procedures had been applied to determine whether those deported raised claims for protection which required further consideration.
The agency however says it has previously made known its concerns to Australia about its asylum screening procedures and their non- compliance with international law.
The 1951 Refugee Convention prohibits the forcible return of individuals who have made a claim for asylum.
UNHCR says it does not object to the returns of persons properly found not to be in need of international protection, but adds that anyone claiming asylum has a right to have their case properly assessed by qualified personnel in accordance with the necessary procedural and legal safeguards.
DM
Share
Facebook
Twitter
WhatsApp
Pinterest
Email