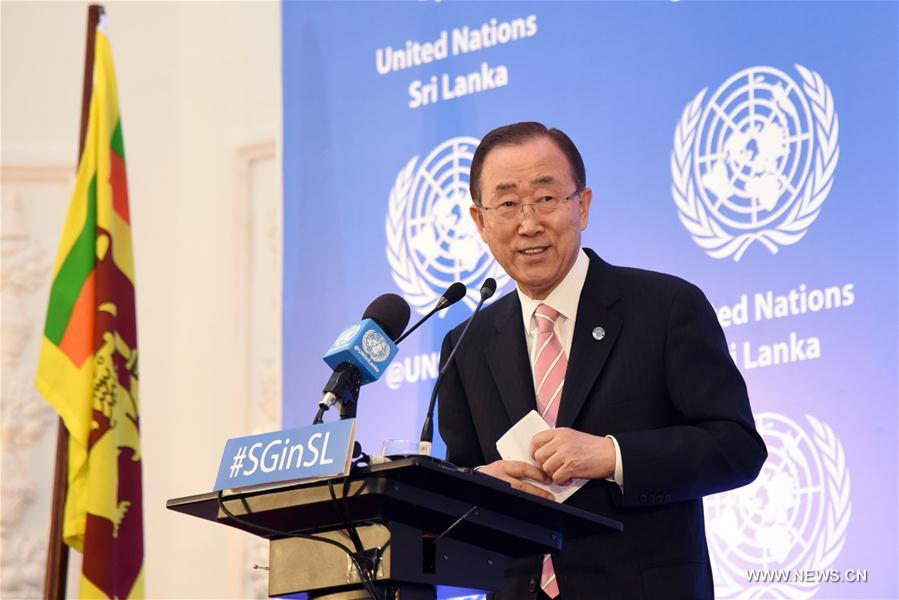 United Nations (UN) Official Spokesperson Stephane Dujarric on Tuesday clarified UN Secretary General (SG) Ban-Ki moon’s controversial remarks in Colombo last week, by saying he was only engaged in self-criticism of the world body in protecting vulnerable people and that, he did not mean to compare situations in the different countries.

Asked at the press briefing at UN headquarters in New York, to explain what the UN SG meant by referring to Rwanda, Srebrenica, Sri Lanka and Yemen, while delivering a lecture in Colombo, Spokesperson Dujarric said Mr Ban was “speaking off the cuff” and “what he was doing was saying that the UN had failed as a whole to protect the vulnerable and “those who we are meant to protect and in the context of Srebrenica and of Rwanda, you know, he had also engaged in self-reflection, self-criticism”.
The official clarification came in what appeared to be a damage control exercise, after the UN SG rather undiplomatically, left open to interpretation certain remarks on Sri Lanka, during his visit here last week.

Mr Ban departed from his prepared text during a speech on ‘Sustainable Peace and Achieving Sustainable Development Goals’ to categorise Sri Lanka alongside Rwanda, Yemen and Srebrenica to make a case for increased intervention by the UN in internal conflicts.

Looking up from his speech, Mr Ban said, “Something more terrible, serious happened in the past. In 1994, in Rwanda, there was a massacre. More than 1 million people were massacred. The UN felt responsible for that.”

“Of course, it was there, war and massacres. But the UN was not able to act on it. We said repeatedly, ‘Never again, never again’. It happened just one year after in Srebenica. Again, many people were massacred when they were not fully protected by the UN Peacekeeping Operations. So we repeated, ‘Never again’.”

“How many times should we repeat, ‘never again’? We did it again in Sri Lanka. We have to do much more not to repeat such things in Sri Lanka, Yemen and elsewhere,” he said.

Mr Ban’s comments have raised a storm of protest because the incidents in both Rwanda and Srebrenica are internationally accepted as genocide–in stark contrast to the situation in Sri Lanka, during its military campaign to defeat the LTTE in 2009. The LTTE had been declared a terrorist organisation in the US, EU, India, Malaysia etc.,

“He wasn’t making a direct comparison between those situations in… you know, situation in Srebrenica and Sri Lanka, nor was he making any parallels as to the actual nature of the crisis,” Mr Dujarric said.