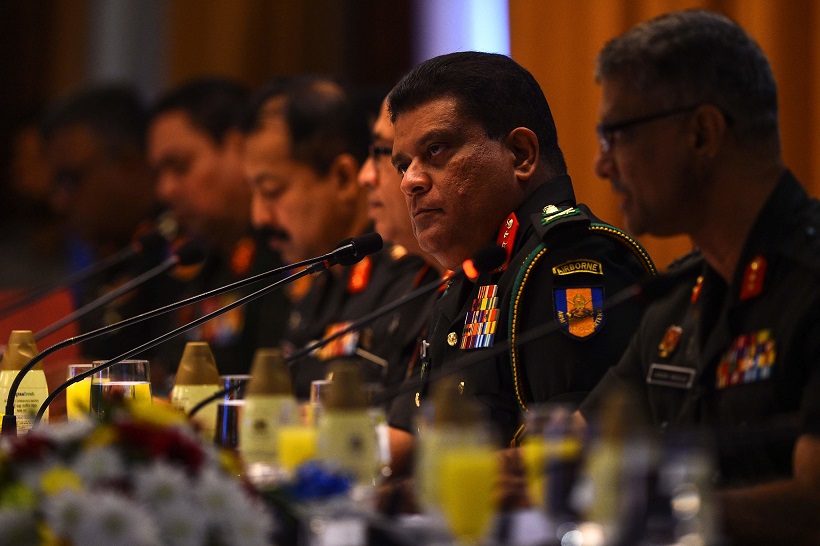 The travel restriction on the general is the first significant international penalty to be imposed on a Sri Lankan official over atrocities committed during the country’s 26-year civil war with Tamil Tiger militants, which ground to a halt in 2009. The United Nations estimates that up to 40,000 Tamil civilians died in those final stages, many in extrajudicial killings, accusations the Sri Lankan government has denied.

The move was a rebuke to a Sri Lankan government that is stacked with officials accused of rights abuses during the civil war — including Gotabaya Rajapaksa, who won presidential elections last November. Mr. Rajapaksa was the defense secretary during the final years of the war, and has appointed or promoted several officials accused of war crimes to important positions.

Now, observers and diplomats fear Sri Lanka is slipping back into illiberal democracy. Since Mr. Rajapaksa became president, activists, journalists and opposition members have increasingly come under pressure from the government, which has harassed them through the courts and police investigations and used pro-government media outlets to hound anyone suspected of dissent.

Successive Sri Lankan governments have ignored calls from rights groups and the international community to investigate and prosecute war crimes. The American sanctions may prompt other countries to follow suit, or increase pressure for Sri Lanka to pursue its own tribunals, however flawed they may be, observers said.

The sanction against General Silva, announced by Secretary of State Mike Pompeo, will prevent the general and his family from entering the United States.

“I am designating Shavendra Silva ineligible for entry into the U.S. due to his involvement in extrajudicial killings during Sri Lanka’s civil war,” Mr. Pompeo tweeted on Friday.

Sri Lanka’s government was quick to denounce the decision, with a statement from the Ministry of Foreign Affairs declaring that there were “no substantiated or proven allegations” against General Silva.

“It is disappointing that a foreign government should question the prerogative of the democratically elected president,” the statement added.

But for Tamils still struggling with trauma from the war, the bar on General Silva is both welcome and overdue.

“Our people have been waiting for justice for over a decade, and they are finally beginning to see the first moves by the international community to hold government officials accountable for crimes committed during the war,” said Abraham Sumanthiran, a Sri Lankan lawmaker who represents a district in the island’s predominantly Tamil northern province.

“At least now, the government of Sri Lanka must wake up to this reality and allow the perpetrators responsible for killing thousands of civilians to be brought to justice,” Mr. Sumanthiran added.

Human Rights Watch welcomed the travel restriction and urged the European Union and Britain to consider similar sanctions against Mr. Silva and others accused of wartime violations.

“Mr. Rajapaksa campaigned last year on a platform that dismissed all charges of war crimes and political killings by military personnel as politically motivated and promised to end the ongoing oversight by the U.N. Human Rights Council” to overlook accountability efforts, said Alan Keenan, a senior consultant at the International Crisis Group.

General Silva commanded the 58th division of the Sri Lankan Army during the final stages of the war, a unit the U.N. accuses of committing rights violations on a wide scale. Thousands of Tamils who surrendered to Mr. Silva’s division vanished without a trace.