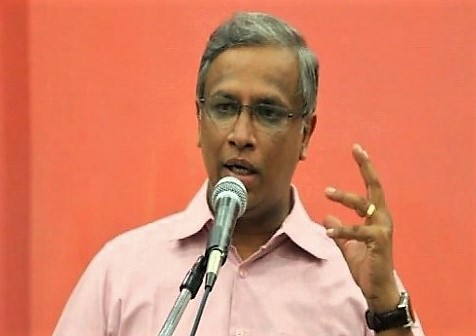 Colombo, December 25 (The New Indian Express): Trial by jury is not suitable for politically sensitive cases in which the defendants are Security Forces personnel and the victims seeking justice are from a minority community, says the leading Sri Lankan Tamil lawyer and Member of Parliament, M.A.Sumanthiran.

“Given the consistent pattern of the juries acquitting the accused in cases where these are Security Forces personnel and the victims are Tamils, it is better to go for a Trial-at-Bar in which the judge gives the verdict,” Sumanthiran told Express on Sunday.

In trials under ordinary law, there is a provision for the accused to seek a Sinhalese-speaking, or a Tamil-speaking or an English-speaking jury, which can be used to get a particular kind of verdict in a communally charged or a politically sensitive context, Sumanthiran said.

In the famous Kumarapuram massacre case, six army officers were accused of massacring 26 unarmed Tamil civilians of Kumarapuram in Kiliveddi in Trincomalee  on February 11, 1996. The victims included six women, five men and 13 children.

The initial hearings in this case were held in Muttur, a Tamil area in Trincomalee. Eye witnesses identified the army personnel who were then serving at the Dehiwatte camp in Trincomalee. But citing the war situation, the case was transferred to Anuradhapura High Court in a Sinhalese area, where proceedings commenced after 20 years.

The accused were indicted by the Attorney General on 101 separate charges. But in July 2016, the Jury consisting of six Sinhalese declared the six accused not guilty. All six army Corporals were acquitted of all charges by the Anuradhapura High Court Judge Manjula Thilakaratne.

Commenting on the issue, Northern Provincial Councilor M.K Sivajilingam had said that the acquittal had badly disappointed the Tamil people, who were fighting for justice in many such cases.

“The Anuradhapura High Court Judge has delivered this judgment despite the victims identifying the perpetrators. This clearly shows that justice cannot be expected in a local judicial mechanism. This has further intensified the call for an international investigation into war crimes,” he said.

The survivors of the massacre and the families of the victims urged President Maithripala Sirisena to reopen the case and retry the accused before a Trial-at-Bar. Following this the State went to the Court of Appeal where it is pending.

Asked if the acquittal in the Raviraj case would figure in the proceedings of the UN Human Rights Council (UNHRC) in Geneva in Mach 2017, Sumanthiran  said that it would strengthen the Tamils’ demand for an international judicial mechanism to try war crimes cases.

The Minister for National Languages and Dialogue Mano Ganeshan  said that the conduct of the Attorney General in this case was disappointing and the issue of getting justice in trials in Sri Lanka will figure in the UNHRC session in March next.

One of the lawyers who appeared for the aggrieved party in the Raviraj assassination case, said that there are other structural issues in the Sri Lankan judicial system which need to be addressed to get a fair trial.

One of them is the non-recognition of “command responsibility” for any action taken on the ground by junior personnel.

He said that it is more important to know who commanded an action or under whose watch an action had taken place than to know who pulled trigger. If a commander had not taken steps to prevent a wrong action or had not punished a subordinate for wrong doing, he becomes responsible for the action and is liable to be punished. But in the Sri Lankan system, command responsibility is not recognized, the lawyer said.