Transitional Justice: Where Are The Champions? 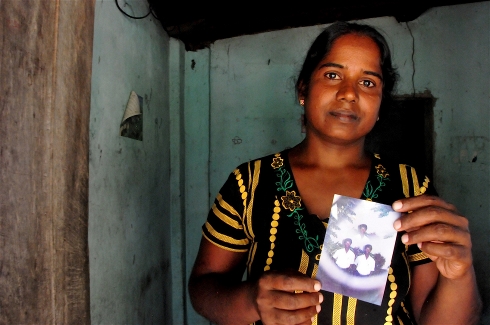 There is no getting away from the issue of international participation in the accountability mechanism, specifically that of foreign judges. The 2015 Geneva resolution co-sponsored by the Sri Lankan government explicitly allows for this in terms of the active participation of internationals but does not spell out their precise role. The issue keeps surfacing with the highest in the land opining that there will not be any foreign judges on any special court. The President’s remarks have been echoed by the Prime Minister. He has always maintained that the decision of his previous government not to sign the Rome Statute has saved the necks of the former regime and clearly demonstrated his fidelity to national sovereignty. It is left to the Foreign Minister to engage in damage limitation from the perspective of the resolution, international and some domestic expectations. His explanation has been that the President has been voicing a personal opinion and that no decision on the issue has been taken. It will be taken after consultations with all stakeholders. Presumably it will also be taken some time into the future or at the earliest by the March 2017 sessions of the UN Human Rights Council at which there will be a comprehensive report and debate on the 2015 resolution.

The merits of categorizing Presidential remarks on such an important subject as “personal opinion” and one on which the President has been quite categorical in his rejection, aside, the Foreign Minister has an unenviable task of maintaining a status quo of expectations internationally and in part domestically, in the face of an apparently inhospitable domestic political climate. It remains to be seen how this circle will be squared if squared at all and as to how this will play with a victim –centred process of transitional justice. The issue after all from the perspective of victims and transitional justice is that if the accountability mechanism is exclusively domestic it will not be credible. The ethnic conflict aside, it should be noted that issues of trust and confidence in the local judiciary are by no means confined to the north and east, as reams of reportage and evidence will attest. The assumption that the change of regime has lifted the veil of darkness that misled every arm of the state under the authoritarianism of yore and that the ensuing light of governance ensures a paradigm shift to unimpeachable behavior by all arms of the state, just doesn’t wash with many in the north and east and probably in the rest of the country too. They may well be wrong, but it will take some time to demonstrate to them that they are.

The real issue though with the accountability mechanism, with transitional justice and indeed constitutional reform is the unwillingness and/or inability of the government to communicate to the people what it intends and why. On transitional justice, the focus such as there has been, has been on the accountability mechanism and on this, we have now been told – personal opinion or not – what the government does not want, rather than what it does. This feeds the opinion that transitional justice is a demand made by the western-dominated international community to which this government has supinely complied with, rather than a pivotal need identified by the government to found meaningful reconciliation and national unity upon.

Transitional justice and accountability in particular will always be controversial not least because it is susceptible in the public eye to the highly charged accusation of turning war heroes into war criminals. The government needs to make the point again and again that this is not the case and that investigations, prosecutions and convictions where warranted and with due process, will salvage the reputation of the armed forces as an institution and lay the matter to rest both nationally and internationally. The failure of the government to do this will only cede the space to its detractors to harp on the “negatives” of transitional justice rather than its positive and constructive contribution to reconciliation and unity.

Moreover, there is more to transitional justice than the accountability mechanism. Transitional justice conventionally rests on the four pillars of truth, accountability, reparations and guarantees of non-recurrence. The government has already sent up legislation to parliament on a permanent Office of the Disappeared and has outlined in addition to this and the accountability mechanism, a Truth Commission and another for reparations. These may not be as controversial as the accountability mechanism, but they too require explanation as to their intended roles and functions and rationale. And what is needed is not a veritable Tower of Babel of explanations but a cogent and coherent statement of government policy which can be the basis of a public awareness campaign and for advocacy, as needed.

This is not something, as some in government aver, that civil society can do. Civil society does not have the reach that government has and more importantly, it is no substitute for government nor is it the information and/or propaganda arm of government. Strategic communication is the need of the hour, the national conversation between the government and the people, which sustains and reinforces the legitimacy of public policy.

It would indeed be a tragedy if transitional justice is dimly understood and vastly suspected as an imposition from outside, cravenly conceded and enacted by stealth. Perceptions matter most in politics and the government should not allow itself to be seen as if it is most, if not only concerned with a holding operation of keeping the Rajapaksa’s at bay, rather than building a new Sri Lanka on the promise made of governance, reconciliation and unity.

It would seem that with regard to transitional justice, whilst the government should be saying, “ we are the champions”, the public is left with the question of