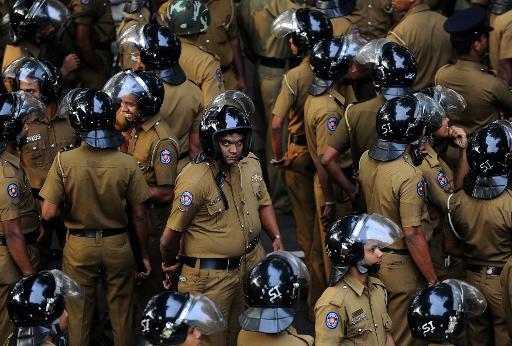 The Supreme Court has ordered the State to pay a sum of two million rupees as compensation to the parents of two youths who were allegedly subjected to torture and killed while they were in Police custody in 2008.

The Supreme Court further ordered the former OIC of Batticaloa Police station to to pay compensation of Rs.50,000 each personally as damages to the two families for violating their Fundamental Rights.

The Supreme Court has ordered the state to pay compensations of one million rupees on each family after observing that the state is responsible and accountable for the violation of the Fundamental Rights of the petitioners’ sons.

Selvarajah Gunaseelan (26) and K.Kugadas (26) were arrested along with six others on October 3, 2008 by Batticaloa police. The petitioners, the parents of deceased stated that they went near the cell on October 3,2008 and saw all the seven detainees were still there without being released.

The petitioners stated that they were told by the first OIC of Batticaloa Police that their sons will be released on that itself and thereby they left the police station. The petitioners stated that their sons were taken out from the cell by Police personnel attached to the above said Police station at 12 mid night on October 4, 2008, subjected to torture, killed by them while in their custody and tied to a concrete post along with the body of the deceased and were thrown into the sea hoping that the bodies will get drowned and that these boys will get added to the list of the disappeared.

The petitioners cited the former OIC of Batticaloa Police and four others as respondents. The petitioners stated that their deceased sons’ arrest, detention are wrongful and illegal and that he was subjected to torture and that his fundamental rights guaranteed by Article 11, 13(1), 13(4) and 17 of the constitution were violated by the respondents.