TNA response to Sri Lanka FM: L.T.T.E. is not a factor that needs to be reckoned with 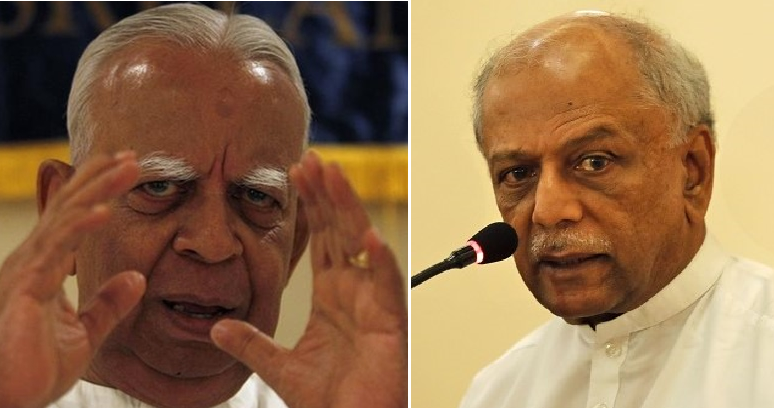 Response of the Tamil National Alliance to the statement of Hon. Dinesh Gunawardena the Foreign Minister of Sri Lanka to the United Nations Human Rights Council

Our attention has been drawn to the statement made by Hon. Dinesh Gunawardena at the High-Level Segment on 23rd February 2021, and at the Interactive Dialogue on the OHCHR Report on 24th February 2021 during the ongoing 46th session of the UN Human Rights Council.

Hon Dinesh Gunawardena says that the government of Sri Lanka withdrew from its co-sponsorship of resolutions HRC 30/1 and HRC 40/1, adopted in October 2015 and March 2019 respectively. The State co-sponsored the above resolutions and another resolution HRC 34/1 in March 2017, at the different times they were adopted by the council. Once adopted, the passage of the resolution is complete and there can be no question of withdrawal on behalf of the State by a following Government.

The Hon. Foreign Minister has also “rejected” the High Commissioner’s Report. Again, he seems to have overlooked the fact that it is the council that had mandated that the High Commissioner should present a comprehensive report at the 46th sessions. This report has been welcomed by many member States and others. The Report does not exceed its mandate but has very correctly pointed out the failures of Sri Lanka viz-a-viz its international obligations and specific undertakings given to the UNHRC. Inquiring into the Human rights situation through due procedures is a legitimate function of the UN and does not amount to violation of Country’s Sovereignty or Territorial Integrity.

The Hon. Minister makes several incredulous assertions. An example of this is, his attempt to connect the co- sponsorship of HRC 30/1 and the Easter Sunday bombings of 2019. He does not however explain what Sri Lanka has done to account for the tens of thousands of civilians who were subjected to enforced disappearances during the armed conflict, and particularly those who surrendered to the armed forces towards the end of the armed conflict in the presence of eye witnesses.

Sri Lanka also made a specific commitment to enact a new constitution with the consent of all the different Peoples who are citizens of the country, as the best guarantee of non-recurrence. The Parliament was converted into a constitutional assembly by a unanimous resolution by Parliament in March 2016. Important consensus was reached with regard to power sharing arrangements, among other matters. However, the present regime seems determined to travel in the opposite direction. The Hon. minister’s statement does not refer to a commitment to address the core issue – the sharing of powers of governance and is clearly indicative of a reversal to and recurrence of the earlier situation and gross violations.

It is in this background that the core group of countries led by the United Kingdom had presented resolution HRC 46/1 to be adopted at the current sessions. The Tamil National Alliance is the largest Tamil Party that represents the Tamil People of the North and East of Sri Lanka. We appeal to the member States of UNHRC, on behalf of our people, to ensure the passage of the HRC 46/1.

Sri Lanka attempts to obfuscate the issue by referring to the L.T.T.E. For over 30 years since independence, Tamils who made legitimate demands were subjected to state terror, around half the Tamil population left the country. The L.T.T.E appeared only after that and would have never appeared if commitments made to democratic Tamil leaders were observed. In any event the L.T.T.E. is not a factor that needs to be reckoned with.

It must also be pointed out that gross violations of human rights in Sri Lanka occurred also in 1971, 1988/89 when tens of thousands of youth from the Southern parts of the country were subjected to ruthless violence amounting to gross violations of human rights and humanitarian laws but most unfortunately such occurrences were not investigated at all. Necessary actions must be taken to prevent such events.

The main aspirations of the victims are truth, justice, accountability, and reconciliation through the resolution of the main issues and nonrecurrence.