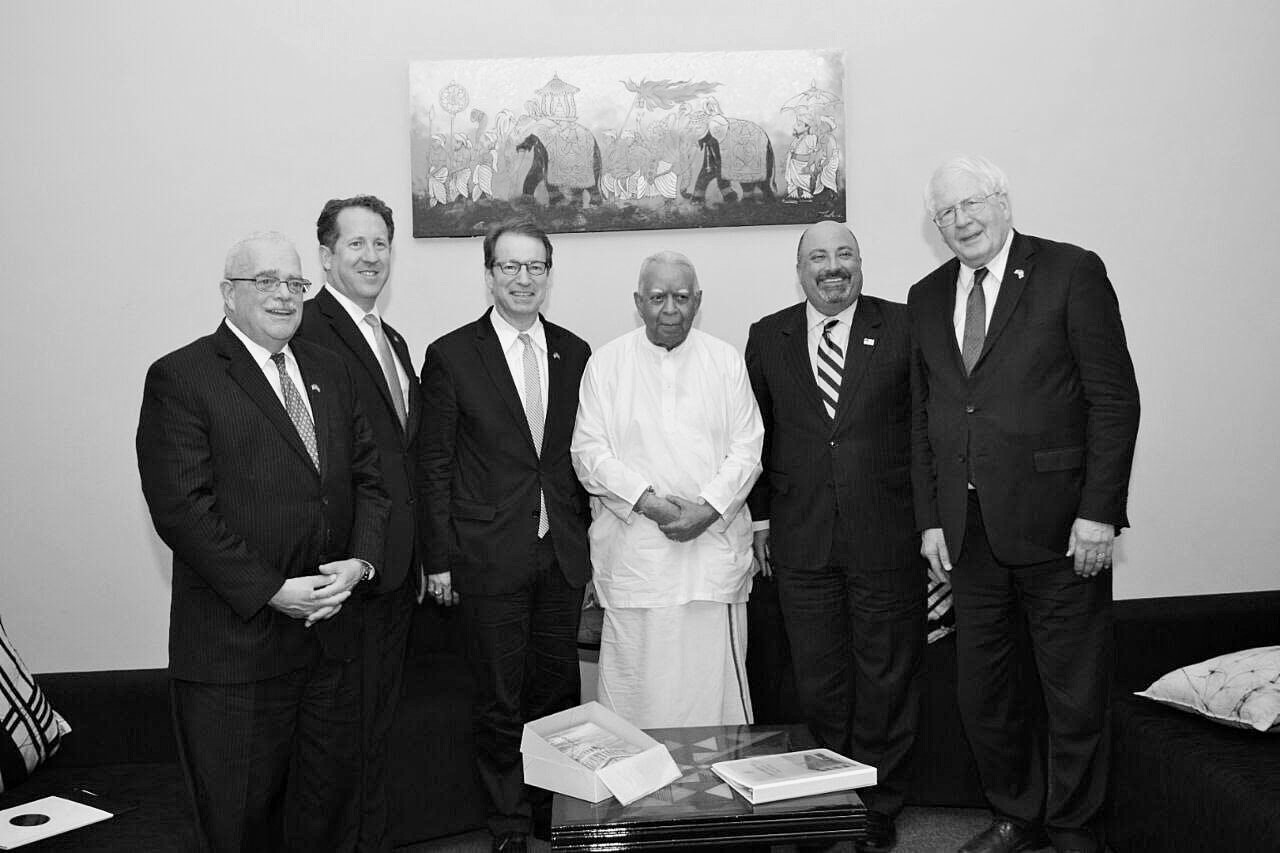 Submitting an Adjournment Motion to the parliament Mr. R Sampanthan, Member of Parliament, Leader of Ilankai Tamil Arasu Kadchi (ITAK) and Leader of the Opposition listed the issues needs to be addressed urgently in order to ensure that non – recurrence of ethnic violence  in Sri Lanka. The motaio says that Ethnic Violence against Tamils is an imminent danger until there is political resolution of the conflict.

The Motion in full follows:

Question relating to matter of Public importance to be raised on 22nd February 2017 at the conclusion of questions by Mr. R Sampanthan, Member of Parliament, Leader of Ilankai Tamil Arasu Kadchi (ITAK) and Leader of the Opposition.

All people who lived in Sri Lanka, irrespective of their ethnicity, religion, or any other difference, whether Sinhalese, Tamil, Muslim orBurgher made their fullest contribution to the achievement of independence.

Pacts entered into between Prime Ministers and the Tamil Political Leadership to help resolve such ethnic strife and enable all Citizens to live together in peace and amity, with equality and justice were not fulfilled by the ruling elite.

As a result of such Ethnic Strife and ethnic violence against the Tamil People in the 1950’s, 1960’s, 1970’s, 1980’s and thereafter, up to 50% of the Sri Lankan Tamil population were compelled to leave their own Country largely on grounds of insecurity and take up residence in different countries the world over. Tens of thousands of Tamil families have consequently been divided. It is relevant to point out that ethnic violence was unleashed against the Tamil people when they made political demands that would enable them to live as equal citizens in the Country.

Recurrence of Violence would result in more Tamils fleeing the country. Ethnic Violence against Tamils is an imminent danger until there is political resolution of the conflict.

An Armed Conflict emerged. Tamil Youth waged a War against the Sri Lankan State for more than twenty-five years. It is more than Seven years since the armed conflict came to an end. During this armed conflict much suffering was endured by all people in all parts of the Country. Such armed conflict by Tamil youth emerged only after several decades of ethnic violence against the Tamil people.

The Conflict was also internationalized, and the issue has been in the international domain. Several resolutions were adopted at the United Nations Human Rights Council and the resolution adopted in October 2015 comes up for review in February /March 2017.

Our Neighbour and parent Country India offered its good offices to resolve the issue which Sri Lanka accepted in 1983.An Indo Sri Lanka agreement was signed on 29th July 1987 between Prime Minister Rajiv Gandhi of India and President J R Jayawardene of Sri Lanka which laid down vital contours for a political resolution.

There were also several domestic efforts to finally resolve the conflict. These efforts were made after the enactment of the 13th amendment to the Constitution as the same was found to be inadequate and unworkable.

During President R Premadasa’s term the Managala Moonesinghe Select Committee proposals, during President Chandrika Bandaranayake Kumaratunga’s term the proposals she made in 1995,1997 and the proposals tabled as a Bill in Parliament in August 2000,the Oslo Communique and the Tokyo Communiqué during Hon Ranil Wickramasinghe’s term as Prime Minister and the speech delivered by President Mahinda Rajapakse at the inaugural meeting of the All Parties Representative Committee (A P R C)and the Multi Ethnic Experts Committee (M E E C) appointed by President Mahinda Rajapakse ,and the reports of the said A P R C and M E E C .All these processes took the proposals for sharing power much beyond the scope of the 13th amendment.

With the assumption of office of the new Government ,Parliament has constituted itself as a Constitutional Assembly, a Steering Committee, comprising of representatives of all political parties in Parliament has been appointed ,under the Chairmanship of the Prime Minister, various Sub – Committees representing different political parties have been appointed, and work is in progress for the evolution of a Constitution to resolve the conflict within a united, undivided and indivisible Sri Lanka, with the maximum possible consensus.

Issues relating to transitional justice in respect of which resolutions have been adopted at the Human Right Council also need to be addressed. These too are issues of urgent public importance in respect of which the Country needs to be kept informed. It is estimated that over one hundred and fifty thousand Tamils were killed as a result of the conflict and that recurrence of violence could result in more Tamil people being killed and more Tamil people fleeing the Country.

I would submit with respect that this is a Matter of urgent public importance, and that is the reason for raising this matter today in the House at Adjournment, to enable the whole country to be kept informed of the truth in regard to the processes and everything relating thereto.

R.Sampanthan
Member of Parliament –Trincomalee
Leader of the Opposition.