Time to push back over Sri Lankan impunity 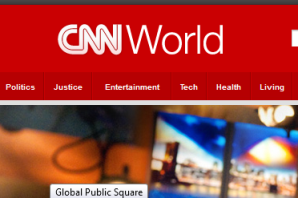 Alan Keenan, Special to CNN
International attention on Sri Lanka has focused recently on a devastating report from the United Nations reviewing its own failure to protect civilians during the humanitarian catastrophe of the final months of the island nation’s civil war in 2009. Yet as many in the international community have been looking back, a new, quieter crisis is threatening Sri Lanka’s battered democracy – and the chances of lasting peace – with the government of President Mahinda Rajapaksa moving to impeach the Chief Justice of the Supreme Court.
Should the impeachment effort succeed, it will complete a constitutional coup begun in September 2010 with the 18th amendment to the constitution, which ended presidential term limits and removed the independence of commissions on the police, human rights, judiciary, bribery and other areas of governance.

What some have framed as a battle for power between the judiciary and executive is in fact a one-sided assault on an already weakened legal system, which has for decades, but particularly under President Rajapaksa, routinely done the executive’s bidding.

Once known as a Rajapaksa loyalist, Chief Justice Shirani Bandaranayake angered the president and his brothers when she helped strike down portions of proposed legislation that would increase the resources under the control of the president’s brother, the powerful economic development minister, Basil Rajapaksa. By removing some of the limited powers held by provincial councils, the proposed law also contradicts efforts to devolve further powers to the northern and eastern Tamil-speaking areas, an essential step in any lasting solution to the ethnic conflict.

Following the court’s ruling in September, the chief justice and other senior judicial officials were summoned to meet the president, while state-run media launched ferocious attacks on the chief justice. In early October, the secretary of the judicial services commission was assaulted by a group of armed men and badly injured, days after publicly criticizing government attempts to stifle judicial independence. The attackers, as in so many other cases of politically motivated violence, remain “unknown” and at large. On November 1, government legislators initiated impeachment proceedings in parliament.

The attempted impeachment of the chief justice is a direct attack on the independence of judiciary. It also sends a clear message to the rest of the country that dissent is not permitted and that nothing will stand in the way of the further concentration of power in the Rajapaksa family. The damage to what remains of Sri Lanka’s democracy, as well as to the rights and interests of Sri Lankan Tamils and other Tamil-speaking minority communities, will be enormous.

The formal charges against the chief justice allege secret bank accounts and other financial misconduct – allegations the chief justice has publicly rejected. She is also accused of conflict of interest, including hearing cases involving her husband, who is now under indictment for financial fraud while head of a government bank. The formal charge sheet has been publicly ridiculed, with many pointing to its factual errors, unclear writing and ambiguous allegations as further evidence of power politics.

Seven of the eleven members of the parliamentary select committee hearing the case are government legislators. Reports from the committee’s initial meeting suggest the government majority intends to move fast, giving the chief justice little time to mount her defense. Rules of evidence and due process that are routine in formal judicial proceedings have been thrown out under the parliamentary procedures that govern impeachments. A simple majority vote of the legislature is all that is needed to find the chief justice guilty; the government currently has a more than two-thirds majority.

An unusually wide range of Sri Lankan organizations has spoken out strongly and publicly against the impeachment – not only opposition political parties and the usual human rights dissenters, but also much of country’s civil society: the bar association, the most senior of Sri Lanka’s Buddhist monks, Catholic bishops, university teachers, pro-government private media, and even two leftist parties that are part of the government coalition.

Governments and international institutions concerned about Sri Lanka’s post-war stability and a lasting political settlement to the ethnic conflict must also speak out against the impeachment, while sending tough private messages to the Rajapaksas. The ruling family needs to know that there will be a serious price to pay if they pursue the case against the chief justice.

In particular, the Rajapaksas should know that pressure will increase at the U.N. human rights council when Sri Lanka’s compliance with a U.S.-sponsored resolution against Sri Lanka is considered again in March 2013. The politically-motivated impeachment of the chief justice undermines government claims to be implementing the council’s March 2012 resolution, which called, among other things, for strengthening independent institutions like the judiciary.

With the next commonwealth heads of government meeting (CHOGM) slated for October 2013 in Sri Lanka, leaders of commonwealth nations have a particular responsibility, and opportunity. They need to follow the lead of Canadian Prime Minister Stephen Harper and announce in advance that they won’t be attending the next CHOGM unless the impeachment is abandoned and real progress is made to end Sri Lanka’s institutionalized impunity for human rights violations. Progress should include a credible investigation into the atrocities and mass civilian deaths at the end of Sri Lanka’s war in 2009.

The commonwealth secretariat, in turn, should reaffirm its commitment to basic commonwealth values and make clear their grave concerns about the apparently political nature of the impeachment and the lack of due process being afforded the chief justice.

Sri Lanka’s humanitarian disaster of 2009, in which some 40,000 civilians are thought to have died in flagrant violation of the laws of war, was made possible in part by the international community’s failure to speak out loudly and quickly in the face of mounting evidence of suffering and possible war crimes. Sri Lanka’s current political crisis also demands an immediate and strong international response, able to add weight to domestic defenders of democracy and make the Rajapaksa government think again about dismantling the last pieces of Sri Lanka’s damaged but still legitimate institutions.

Editor’s note: Alan Keenan is the International Crisis Group’s Sri Lanka project director and senior analyst. The views expressed are his own. ICG’s new report on the issue can be downloaded here.
GPS