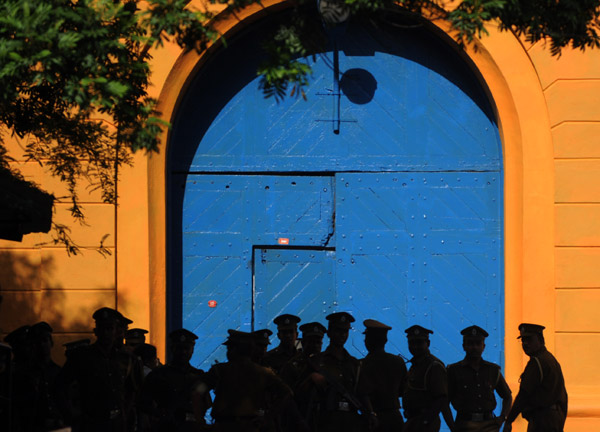 Right now, hundreds of people are languishing in detention in Sri Lanka. They haven’t been convicted of any crime; indeed, they haven’t even been charged with any crime. Their detentions violate international law. Many of them are tortured while in custody. Some detainees have been killed.
More than three years after the end of Sri Lanka’s brutal civil war, security laws enacted to combat armed opposition groups continue to be used against outspoken, peaceful critics, including journalists, and others.
No one has been held accountable for these crimes. Impunity for human rights violations is the norm in Sri Lanka.

But this fall, Sri Lanka’s human rights record will be under scrutiny by the UN as part of the UN Human Rights Council’s “Universal Periodic Review” (UPR) procedure. We have a chance to expose Sri Lanka’s shameful record of detention without trial and to pressure them to end it.

We need your help.
Please write to your Senators and Representatives. Ask them to urge the Obama administration to highlight Sri Lanka’s practices of unlawful detention during the Human Rights Council’s(7) UPR(8) session on Sri Lanka. The U.S. should make the following recommendations to the Sri Lankan government during this session: