Three reasons to oppose the Impeachment: The barbarians are at your door step!!! 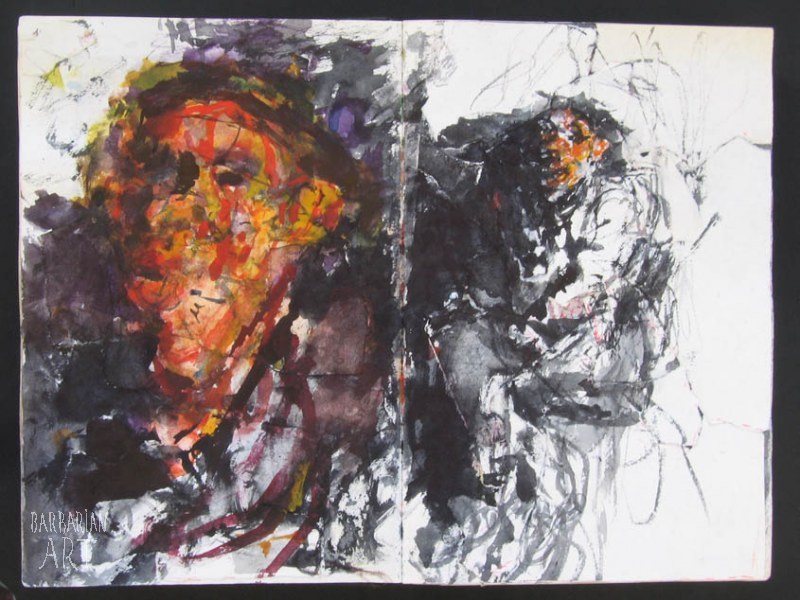 J.C. Weliamuna
There was much publicity given in state media, run by a group of well-known hate campaigners, that the impeachment of the Chief Justice is the right thing in the anti-corruption discourse and that that Sri Lanka can be proud of such an impeachment. We are not at all surprised with this line of crusades, particularly at a crucial time in our history when the government will do anything possible under the sun to use its hidden investments and human resources.

Three reasons to oppose the Impeachment

Firstly, no sensible person will disagree that any allegations against a judge must be investigated. Such allegations must be investigated by an impartial and independent body and within a framework of the Rule of Law. The objections from the lawyers and others against the current impeachment on the Chief Justice is that the entire impeachment process is politically motivated and has been done without following the basic principles of natural justice or Rule of Law.

Secondly, there is evidence on how the seven members of the Government conducted the impeachment inquiry; no sensible person would disagree that the inquiry was a sham and no reasonable opportunity was given to the Chief Justice to defend herself. She was humiliated and no disclosed procedure was adopted for the inquiry. Let us forget for the moment the constitutionality of the impugned Standing Order 78A. In and outside Parliament, the Government and its propaganda tool s- print & electronic state media – carried out an extensive hate campaign against the Chief Justice and the lawyers. The Chief Justice was forced to leave the inquiry and the four Opposition Members were also compelled to leave. Finally, in a one day inquiry, the seven Government MPs found the CJ guilty of some charges! We now know that the other four Members were not even given the draft report for their consideration. Instead, two Members out of the seven have come out openly in a shameless attack on the Chief Justice on state media.

Thirdly, all basic norms, nationally and internationally, requires the Governments to follow the basic principles of Rule of Law in any inquiry, even in relation to corruption investigations. For example, the United Nations Convention against Corruption (UNCAC), ratified by Sri Lanka, recognized the need to follow basic rules of law in relation to corruption investigations and trails etc. UNCAC is not introduced to replace the concept of Rule of Law and hence it is not possible to hang a convict or cut the hands of a convict, when a person is convicted of corruption. Why? Anti-corruption movement, like the human rights movement, are there to promote Rule of Law, and not to entomb the Rule of Law. What is expected in the anti-corruption movement is to establish a cherished society that respects the Rule of Law, instead of the rule of the jungle. UNCAC is not about prosecutions and investigations; rather a broad framework to prevent corruption and much more. The anti-corruption movement is a progressive movement. The United Nations Office of Drugs and Crimes (UNODC), responsible for many aspects of UNCAC, and the Rule of Law Unit of the UN, chaired by Deputy Secretary General have no different views on the rule of law and anti -corruption. It states:

“Fostering respect for and adherence to the rule of law is at the centre of the international community’s efforts to address crime, drugs and terrorism. Governance and anti-corruption, strengthening justice systems and improving safety and security are key aspects of UNODC’s work in promoting the rule of law world-wide.”

There are examples the world over on anti-corruption investigations by independent bodies; probably the Hong Kong Anti-corruption Commission is the most effective and has won the respect of all. It gives all opportunities for any suspect to face a fair inquiry, whilst the legal system in Hong Kong ensures full and impartial trial for the suspect. No rights have been taken away from the suspect. Why? A country respecting a social stability cannot forget basic values of a civilized nation.

The barbarians are at your door step!

The practical and theoretical arguments against the impeachment of the Chief Justice are based on one fundamental issue; she was not given a fair hearing and she was thereby deprived of basic protections under Rule of Law. Merely referring to a bank account details (obviously obtained unlawfully) or unproved charges (made by some MPs) do not establish the guilt of a person (in this case the Chief Justice), unless the trial was conducted by a competent body, in accordance with accepted norms. If we do not accept the presumption of innocence, we do not need a trial. The world has seen similar mock trials and those who respect Rule of Law and democracy do not consider those trials as fair. We do not consider those who are convicted in such a trial as guilty; rather we consider it a trial against the very tribunal for lacking integrity. Personal bias had first infected some of the members of the Parliamentary Select Committee but now we see personal bias has also infected others as well. This is the test case to prove whether we are civilized – individually and as a nation.

At a time false propaganda is a matter of national policy, there is a duty on the part of honorable individuals to stand up to it, rather than becoming a part of the propaganda machinery. As Mr. Kanag Iswaran PC opened his submissions in Courts on the reference cases on impeachment, “We are at a critical juncture of our nation. The barbarians are at the gate of the Temple of Justice. You let them in, they will destroy all that is sacred to us and install in the altar of justice false prophets”. The propaganda of the government, now joined by a chosen few, tells the nation that false prophets are already being installed. The barbarians are at your door step!!!