There is at present, no constitutionally established Court of Appeal – J.C. Weliamuna 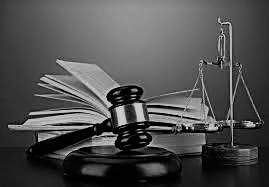 The Constitutional Council and the 19th Amendment

To understand the Constitutional Council and the 19th Amendment to the Constitution that created it, one must understand the dynamic that prevailed between the executive, legislative and judiciary branches of government before the 19th Amendment was signed into law on May 15, 2015 by Speaker Chamal Rajapaksa, after being voted for by nearly every single Member of the 225-strong Parliament, including all but one MP of the UPFA.

Before this landmark piece of legislation became law, it was the case that the President of Sri Lanka enjoyed sweeping powers to unilaterally appoint and promote all judges, police officers, prosecutors and public servants in the country. The co-called Parliamentary Council acted as merely a rubber stamp for Mahinda Rajapaksa, who took control of Parliament, emasculated to the 17th Amendment and enacted the 18th Amendment with three specific objectives.

The first was to remove the two-term limit on the executive presidency so that he could effectively become President for life. The second was to abolish all authorities that could have acted as a check on the President’s power to make constitutional appointments. The third and final objective was to bring the entire executive branch of the Government on its knees to the executive president, who with almost royal prerogative had control over their appointments, promotions, transfers and welfare.

The way Mahinda Rajapaksa wielded and abused this power was responsible in no small part to his crushing electoral defeat in January 2015 by Maithripala Sirisena, by a margin of over 400,000 votes. This point was not lost on the new President or his chosen Prime Minister, Ranil Wickremesinghe, whose almost singular focus over the next five months was to reverse and repeal the legislative nuclear warhead planted at the heart of our democracy by Mahinda Rajapaksa.

A new beginning of democratic governance

The 19th Amendment brought in a new beginning of democratic governance, mooted by the will of the majority of Sri Lankans led by none other than the Ven. Madulwawe Sobhitha Thero. What did the 19th Amendment to the Constitution do when it became law?

It brought back a two-term limit on the executive presidency, shortening each presidential term of office to five years from six. Real power was injected into the independent commissions such as the Jucidial Services Commission, Police Commission and Public Service Commission to bring independence to the judiciary, police and public service at large. The powers of the Prime Minister and the Cabinet of Ministers were enhanced in line with other modern parliamentary democracies. Executive actions of the president became subject to judicial review. Most importantly, a critical check and balance – the Constitutional Council – was brought into what was once an unfettered power of the President to appoint persons of his sole choice to critical judicial and government posts.

Anyone who listened to the fierce criticism of the Constitutional Council by people like Mahinda Rajapaksa and Wijeyadasa Rajapakshe could almost be forgiven for believing that the 19th Amendment and Constitutional Council were the sole creation of the UNP, masterminded by Ranil Wickremesinghe and Karu Jayasuriya in a secret lair at the behest of the Tamil National Alliance.

History brings with it many inconvenient truths for those who find solace in such fictions. For truth be told, the 19th Amendment was voted for by 212 Members of the 225 Members of Parliament. These eminent legislators included Wijeyadasa Rajapakshe and ‘Joint Opposition’ heavyweights such as Namal Rajapaksa, Wimal Weerawansa, Dinesh Gunawardena, Nimal Siripala de Silva.

A landmark reforms to the Constitution

Opposition Leader Nimal Siripala de Silva marked the occasion by stating affirmatively that the UPFA, without whose support the bill would have failed, strongly supported the amendment. He commended the leadership given by President Sirisena who, in his words “had succeeded where none of his predecessors could” in delivering landmark reforms to the Constitution. Even while the bill was going through the motions in Parliament, it was none other than then Justice Minister Wijeyadasa Rajapakshe who steered through the various amendments to the bill at the committee stage.

We must ask ourselves the reason and root cause of the sudden propaganda campaign against the Constitutional Council. This is nothing other than a political manoeuvre by a former President, hungry for power, with an extremely transparent scheme in mind.

In my view, although the 19th Amendment prevents Mahinda Rajapaksa from contesting the presidency once again, this grounds well of opposition he and his supporters are inciting is nothing less than an effort to cause the repeal of the amendment to enable him to become the next President. In this endeavour he is supported by an ideological cluster that has our country’s most shamelessly xenophobic ultranationalists at its core. These forces have unfortunately gained ground over the last four years due to the weak political strategies, or lack thereof, of the present Government.

Those who benefited from Mahinda Rajapaksa’s presidency and total ‘state capture’ prior to 2015 will stop at nothing and will do anything possible to regain their niches and seize control once again with their henchmen of the political, social and economic levers of power in Sri Lanka. The former President and his entourage have no time or respect for any system that check or scrutinize his powers. This is why prior to 2015 the independent commissions were totally paralyzed.

One of the most bizarre attacks on the Constitutional Council has come from one of its inaugural members, UNP Wijeyadasa Rajapakshe, who was nominated to the Council by Prime Minister Ranil Wickremesinghe and served on the CC for over two years, from September 9, 2015 until his resignation on December 28, 2017 for unstated reasons. During his tenure on the Council, he supported every single decision of the oversight body, which is why I am flummoxed at whether he is expressing his personal view or that of his party in Parliament when he criticizes the Council.

Even if not today, someday in the future Wijeyadasa Rajapakshe and his descendants can take pride in the accomplishments of the CC under his watch. In the two years in which he served the Council and thereafter, the country has seen a remarkable improvement in the quality of the delivery of justice. Judges vetted unanimously by the Council and appointed by the President, have been dignified, independent, competent and dynamic. This is an achievement discussed among the judiciary around the world, and none other than our own judges hear this for themselves when they interact with their counterparts across the globe.

In the same way, whatever the misgivings of his political allies, President Maithripala Sirisena can take pride in having begun a healthy tradition of submitting more than one nomination to the Constitutional Council for several vacancies and empowering the Council with a choice. This is a deferential gesture without precedent in the history of the Sri Lankan presidency.

Rajapakshe has also chastised the Constitutional Council for ‘ignoring’ seniority. Again, as a Member of the Council who participated in its deliberations, he knew long before the rest of the public that the Council considered seniority among several other factors in vetting nominees for key positions. Speaker Karu Jayasuriya recently gave lie to this allegation by releasing the true facts and figures. As a former Member of the CC, Rajapakshe should be more responsible.

If seniority were the only necessary criteria in filling appointments, there would be no meritocracy in the public service and no incentive for the judiciary, civil service and police to work hard and distinguish themselves. In any event, if seniority was all that counted, the legislature did not need to establish a Constitutional Council with any discretion at all. The President could just be instructed to call for a seniority list and appoint the most senior candidate for any given position.

CC has a mechanism and guidelines

Instead, the CC has a mechanism and guidelines by which candidates are vetted and filtered. Undoubtedly, such discretion leads to some individual candidates not meeting the mark. But who could argue that such a process does not incentivize distinction, hard work and independence throughout the judiciary and public service? If public servants, police officers and judges know that their career prospects at the height of their careers will depend on scrutiny of their track record by a Council made up of all political parties and eminent persons from civil society, any incentive to work according to the whims of a given political master rapidly evaporates.

The entire world just witnessed the high price that Mahinda Rajapaksa has paid for our country having developed an independent judiciary at the Court of Appeal and the Supreme Court over the last several years.

It is in this backdrop that Mahinda Rajapaksa, Wijeyadasa Rajapakshe and others have begun lobbying for policy positions that have brought us to a constitutional crisis with the vacancy in the presidency of the Court of Appeal created by the promotion of former Court of Appeal President Preethi Padman Surasena to the Supreme Court.

Rajapakshe has charged that the Constitutional Council is obstructing the President from appointing a President to the Court of Appeal, a claim he knows full well as a lawyer, MP and former member of the CC, is utter rubbish. The Constitutional Council is duty bound by the highest law of the land to examine the suitability of nominees sent to it by the President. In the case of nominees to the Court of Appeal and Supreme Court it is further mandated to obtain the views of the Chief Justice.

On this occasion, the Speaker has made it abundantly clear that upon receiving the President’s nomination to replace former CA President Surasena, the Council forwarded the nomination to the Chief Justice to obtain his views, as it was explicitly required to do by Article 41C (4) of the Constitution. According to media reports, the Chief Justice did not provide a favourable recommendation, and so the Constitutional Council would be derelict in their duty if they, without cause, gave the nod to a judicial nominee who lacked the support of the Chief Justice.

In this situation, with a judiciary, Attorney-General’s Department and private bar rife with highly qualified and suitable nominees, the solution is for the President and the Council to deliberate over additional nominees, and ideally arrive at a nominee of the President sanctioned by the Chief Justice with the blessing of the Constitutional Council. Per Article 41C of the Constitution, the approval of the Council is mandatory for the appointment of a President to the Court of Appeal. Thus, the days Mahinda Rajapaksa hankers for, where he alone could pick judges according to his whims and fancy, are long gone.

In short, for an acting appointment to be made, there must be a ‘permanent’ President of the Court of Appeal who is temporarily unable to exercise, perform and discharge the powers, duties and functions of his office. No such situation arises at present, as on January 9, the Presidency of the Court of Appeal became vacant and the vacancy has not been filled.

As a result, there is at present, no constitutionally established Court of Appeal. This is a national crisis as unconstitutional as the dissolution of Parliament in November 2018. It is yet another deadlock or impasse.

The resolution to this impasse is for the Constitutional Council and the President to work together to decide on a suitable candidate to succeed Justice Surasena. Their work must not be hindered or fall to the pressure of those who seek to manipulate the courts and the Constitution to serve their own personal political agendas.