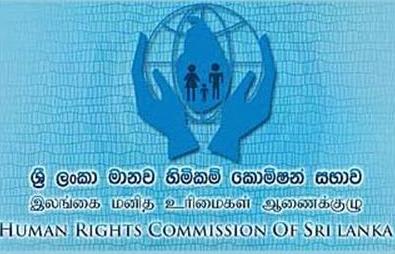 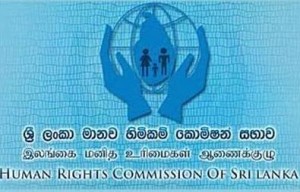 B. Skanthakumar
The Human Rights Commission Act, No. 21 of 1996, which is the legal framework for the national human rights institution and prescribes its functions and powers, has been discussed previously and found to be wanting.27 The HRCSL recognises that there are deficiencies to its enabling law that have impeded its  effectiveness, particularly in enforcement of its orders, and  it  proposes  to  prepare  and  submit  suitable  amendments  to  lobby  the  government.

However,  there  was  no  progress  on  this  in  2011,  nor  were  there  any  initial  public consultations with civil society organisations and other interested parties, specifically on this matter.

The National Action Plan for the Protection and Promotion of Human Rights (2011-2016), has promised the following amendments to the enabling act:28 (i) expansion of the mandate of the HRCSL to include not only fundamental rights explicitly protected in the Constitution but also any other human rights that are justiciable under national laws;29 (ii) require the HRCSL to publish an annual report within the first quarter of every year documenting the status of human rights in Sri Lanka in the preceding year, action taken on inquiries, and findings from its research; (iii) empowering HRCSL to refer non-implementation of its recommendations to   the Attorney-General’s department for action in the provincial high courts on behalf of the aggrieved  party;  (iv)  all  arrests  to  be  notified  to  the  HRCSL.  The  time-frame  for  the execution of these activities is one-year, which at most would be the end of 2012.

Membership and Selection
The appointment  and composition of the members of the HRCSL, with effect from 18 February 2011, followed an interregnum of almost two years. The selection process was the subject  of  adverse  comment  by  the  UN  Committee  Against  Torture  which,  inter  alia, observed that the “new appointment process set out by the 18th Amendment to the Sri Lankan Constitution (September 2010), which  ends Parliament’s role in approving appointments, undermines the independence of the HRCSL”; and which recommended that the State Party “establish a transparent and consultative selection process to guarantee its full independence in line with the  Paris Principles”.30  This shortcoming was one of the main reasons for the downgrading  of  the  HRCSL  to  ‘B’  status  in  2007  by  the  International  Coordinating Committee of National Institutions for the Promotion and Protection of Human Rights (ICC).

The Commissioners  themselves  are untroubled  by the manner of their appointment  and appear surprised that it is a source of controversy in certain quarters within and outside the country. The ad-hoc commissions of inquiry which have been created in abundance in post- colonial Sri Lanka are all appointed by “executive fiat”;31 and the ethos of the retired public officers drawn upon as members of the Human Rights Commission is one of adaptation and not antagonism  to  the  prevailing  constitutional  (and  also  political)  culture  –  hence  the selection process is not seen as out of the ordinary or objectionable per se.

Before appointment to the HRCSL, most members are unfamiliar with the unique character and normative standards of national human rights institutions. Even after their appointment, some may believe that knowledge of the enabling law that established the Commission, and of  the  fundamental  rights  chapter  of  the  Constitution  of  Sri  Lanka,  is  sufficient  in  the interpretation of their mandate. Although members are  to be chosen from among persons “having knowledge of, or practical experience in, matters relating to human rights”,32 there is no procedure in the selection process to ascertain their human rights expertise and assess their familiarity with the international human rights system.

Further, the view of the current crop of Commissioners is that their independence from the Executive is guaranteed by the legal provision33  that limits the power of the President to   remove them from office. However, this argument does not address the concern raised by the flawed  process   of   nomination  and  appointment  of  members  to  the  Human  Rights Commission; and it sidesteps the fact that it is the prerogative of the President alone whether to extend or terminate their appointment at the end of their term.

To be sure, members may be selected in a method that is procedurally sound, but may thereafter  exhibit  political  bias;  and  conversely,  though  having  been  appointed  in  an unsatisfactory process, may demonstrate in the course of their duties the requisite integrity and freedom from political manipulation that is anticipated from the leadership of a national human rights institution. Therefore, the real test of  independence from government is the actual performance of the members: their words and deeds or acts  and omissions when confronted with concrete situations of human rights violations and concerns.  Nevertheless, transparency and broad participation in the selection process, offers the best possible means to establish the competence, suitability and autonomy of Commissioners.

The last reference is to the Additional Secretary (Legal) Nimal Punchihewa, who was a human rights  lawyer before he joined the Commission after its establishment in 1997. His lengthy association with the HRCSL and familiarity with its workings and its cadre has given him an authority, exceeding the ordinary terms of reference of his position, among past and present members of the Commission as well as its staff at the head and regional offices.

Of greatest controversy is the Additional Secretary’s concurrent appointment as Chairman of the Land Reform Commission (LRC), which is an office in the gift of the President. While there are no claims of conflict of  interest, prima facie this dual role poses an immediate challenge to the independence of the HRCSL; as one of its senior officers is also attached – through  political  patronage  –  to  the  government.  The  LRC,  no  different  to  other  state corporations or departments of state, has been used by the government of the day to reward its supporters and to harvest votes in elections.35

The vacancy created by Dr. Mendis’ resignation was promptly filled by the appointment of Dr. Prathiba  Mahanamahewa, who is Dean of the Faculty of Law at a military academy (Kotelawala Defence University). The new member has been associated with the HRCSL in the capacity of a human rights expert and speaker at some of its public events. However, he is a controversial choice because of his public identification with government policy in frequent television appearances on state broadcasting channels and in op-ed articles for newspapers. It should be acknowledged that he was critical of the selection process for the Human Rights Commission  and  sceptical  of  the  suitability  of  some  of  its  members  and  hinted  at  his dissatisfaction with the ramifications of the 18th  Amendment to the Constitution for ‘good governance’.36

Following his own appointment as a member of the HRCSL, Dr. Mahanamahewa was a virulent critic of  the resolution tabled at the 19th  regular session of the UN Human Rights Council   in   March   2012   that   called   upon   the   GoSL   to   begin   implementing   the recommendations of its own Lessons Learned and Reconciliation Commission and to avail itself of the technical assistance of the UN Office of the High  Commissioner for Human Rights (OHCHR) in this regard.37

While there could be opposed views within the human rights community as to the desirability and likely consequences of that resolution, it was surely inappropriate for a member of the Human Rights Commission of Sri Lanka to publicly involve himself in the GoSL’s political and media campaign, and to contribute to  the disinformation propagated concerning the resolution and its effects.

Relationship with the State

Within weeks of the reconstitution of the Commission in February 2011, the Chairman embarked  on  a   series  of  media  interviews  which  made  clear  his  sympathy  for  the government’s privileging of  counter-terrorist measures over human rights standards in its handling of the secessionist campaign of the Liberation Tigers of Tamil Eelam (LTTE); and his identification  with  the  State  in  its  outright  opposition  to  international  demands  for accountability flowing from allegations of gross violations of international humanitarian law and human rights law in the decisive conclusion of the war.

“I cannot believe that there is a basis for any of these accusations [of human rights violations from international actors]. This is a country which protects human rights and adheres to the same”, said Justice (Retd.) Priyantha Perera. “The International Community and International Organisations have forgotten the fact that this country was facing a war with a fascist terrorist organisation  for  thirty  years.  The  [LTTE]  never  gave  a  thought  to  human  rights…It  is surprising that some people discuss only about [LTTE leader] Prabhakaran’s human rights.”38

The HRCSL Chairman  has  refused  to  criticise the  non-conformity of the Prevention  of Terrorism Act (PTA) with Sri Lanka’s international human rights obligations, claiming that since the end of the war it was a “dead letter”. In fact, the PTA was strengthened after the lapse of the state of emergency in August 2011; and continues to be invoked to detain persons without charge, as 241 persons were arrested under this law in 2011 alone.39

The former Supreme Court Justice would not be drawn on the maintenance of the island-wide state of emergency that severely restricted civil liberties and fundamental rights; pronouncing its continuance to be “a  matter for the government”.40  In a later interview, he went even further, when claiming that “at present there is no abuse of emergency regulations.”41  It is unclear on what basis this opinion was formed. Indeed, the stock response from the Chairman to any such queries over state policy and practices is that, these are “matters that go beyond the purview of the HRCSL Act”.42  To the contrary, public positions for reform or repeal of laws that violate human rights are entirely germane to the mandate of the Commission as explicitly provided in section 1043 of its enabling law.

Elsewhere, in an interview granted upon his return after attending the 24th annual meeting of the  International  Coordinating Committee of National Institutions for the Promotion and Protection of Human Rights (ICC) in May 2011, Mr. Justice (Retd.) Perera claimed that there had been heavy criticism of the island’s human rights record, but assured that he was “able to pacify the detractors and put the correct picture of Sri Lanka before them”.44

Sri Lanka was not an agenda item at ICC-24, and presumably the Chairman was referring to issues  raised  during  bilateral  discussions  and  in  informal  conversations  with  delegates. Nevertheless, his remarks indicate that he perceived his role there as being an ambassador for the state of Sri Lanka – engaged in  defending its human rights record – rather than as the head of the institution that is supposed to monitor,  chastise and  correct the state when violations of human rights occur or are imminent.

In a strange episode, a circular (dated 8 March 2012) purportedly issued by the Ministry of Public Administration and Home Affairs was sent to Secretaries of Ministries and Provincial Councils, Heads of Departments and Chairmen of State Corporations and statutory agencies to the effect that recommendations of the HRCSL were without legal effect. Soon after this came to notice, the Minister concerned acted swiftly to clarify that the circular was a forgery and to order a police investigation. The Secretary to the Ministry issued a circular clarifying
that recommendations of the HRCSL had to be adhered to by government agencies.45
———
foot notes

from the report- ‘EMBEDDED IN THE STATE’: THE HUMAN RIGHTS COMMISSION OF SRI LANKA by LST