The Tamil Tragedy: the haplessness in hoping the forces guilty of supporting Sri Lankan state would somehow provide redress 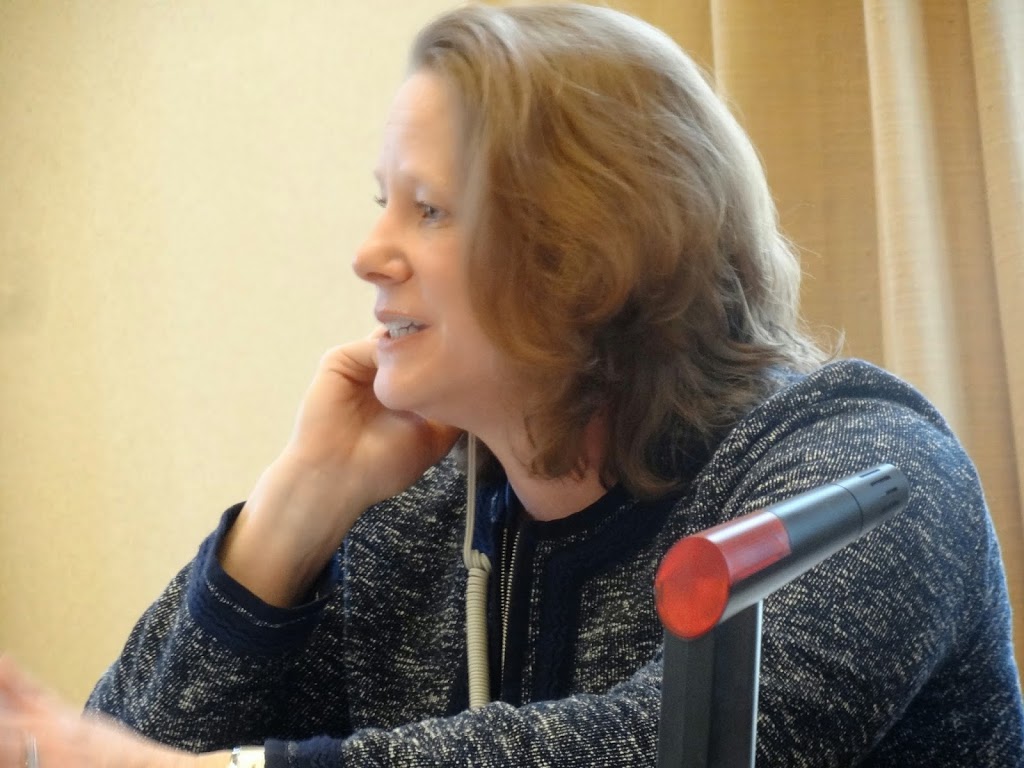 In the last week of April 2009, an unexpected telephone call from a long-lost friend woke me up in the early hours. For me, those were the days of continuous trauma, relentless protests in the streets of Toronto and constant ‘bombardment’ by horrific images from the war zones in the Vanni region of Sri Lanka. The request from my friend was simple and direct:
‘Several hundred people here are going to surrender to the Sri Lankan army. We do not know what will happen to us but I have no confidence that I will survive. I have, somehow, at great risk, managed to send my kids outside Sri Lanka a few weeks ago. Please take care of them…’
Then, he started to cry, his voice gradually became faint, and finally, the call ended without a farewell. He must have shelled out all his money for those few minutes on the telephone.

Several months later, I identified his bullet-ridden body in one of the photographs that has become documented evidence of war crimes. He was just one of my eighty-four friends and relatives, including children, deliberately killed in the last days of the war, while seeking refuge in the so-called ‘no fire zones’.

On 27 March 2014, the United Nations Human Rights Council (UNHRC) voted for a resolution to set up a “comprehensive investigative mechanism” into war crimes, and other related crimes by Sri Lanka and the Liberation Tigers of Tamil Eelam (LTTE). Of the Council’s 47 members, 23 voted for the resolution while 12 voted against it. There were 12 abstentions. India, which supported the previous two resolutions against Sri Lanka at the Council in 2012 and 2013, abstained, claiming the resolution was “extremely intrusive” and not conducive to “reconciliation” in Sri Lanka. India’s foreign secretary, Sujatha Singh, maintained that “[India] believes that our abstention is in the best interest of the Tamils in Sri Lanka and will assist us in our efforts to help them”. She was continuing a political decision. It was also a response to a question about Finance Minister P. Chidambaram’s remarks, a few days after the vote, that the decision could have been taken by officials in the External Affairs Ministry. Chidambaram had further said, “twenty three countries had supported it and we also should have supported it, even if it was a watered down one.”
Whether it was a decision by foreign office bureaucrats or politicians, India’s decision to abstain was certainly not in the best interests of Tamils in Sri Lanka, and particularly the thousands of victims of the war. While hypocrisy, selectivity and geo-political interests routinely trump principle at the UN, the degree of denial, justification and cover-up of what happened in the Vanni region during the last phase of the war is truly shocking.
UNHRC Commissioner Navi Pillay was disappointed with the 12 abstentions and 12 “no” votes. She had urged a full-fledged independent international commission of inquiry, with adequate resources and political clout. The current resolution provides for an international investigative mechanism to be undertaken by the UNHRC. While there is hope, there is also uncertainty and doubt about the implementation process.
It is no secret that the US-led ‘international community’ and India were complicit in what happened in the last phase of the war. Wikileaks documents as well as the statements and interviews of the Sri Lankan President and Defense Secretary are just examples of the material and moral support rendered to the Sri Lankan state by the US and India. In 1996, the US Green Beret and Navy Seals commenced joint military exercises with the Sri Lankan security forces. Subsequently, Sri Lankan Special Forces were created and trained by the US. American military and institutional cooperation with Sri Lanka remain intact. This is also the case with India, Pakistan and China.
In addition to intelligence sharing and military training and support, India has protected Sri Lanka politically and diplomatically. On 27 January 2009, the then Foreign Minister and current President of India, Pranab Mukherjee offered the country’s solid support for the Sri Lankan state, asserting that “military victories offer a political opportunity to restore normalcy in the North [of Sri Lanka].”
Sections of the Indian media were embedded with the Sri Lankan army in the last phase of the war. In the subsequent months, when large-scale civilian casualties mounted and the hospitals and other ‘safe zones’ were indiscriminately shelled, considerable international pressure began to build. However, India succeeded in preventing any international response by insisting on “bilateral diplomacy”.
The role of the UN was even more troubling. There are at least two reports by the UN itself acknowledging “systematic failures” in protecting civilian lives during the last phase of the war. The first one was the UN Panel of Experts Report on Accountability in Sri Lanka commissioned by the Secretary General (2011) and the second one was the Internal Review Panel on UN Actions in Sri Lanka by Charles Petrie (2012). Petrie’s report meticulously documents how senior UN officials systematically refused to blame the Government of Sri Lanka for the killings, even while their own international staff advised them of the government’s culpability.
According to Petrie, a casualty sheet prepared by UN staff in March 2009, “which showed that almost all the civilian casualties recorded by the UN had reportedly been killed by government fire” was not disclosed. UN officials also failed to mention that two thirds of the killings were taking place inside ‘safe zones’ unilaterally declared by the government, purportedly to protect civilians.
Internal communications from the annexes to the Petrie report reveal that when the UN High Commissioner for Human Rights, Navi Pillay, attempted to speak out about potential war crimes by the Sri Lankan government, Ban Ki Moon’s then chef de cabinet, Vijay Nambiar, strongly implored her to dilute her statements.
After the end of the war, a UN report confirmed as credible the reports of up to 40,000 civilian deaths. The Petrie report suggests that 70,000 people could possibly have died in those final months, while the Bishop of Jaffna testified at the Sri Lankan government appointed Lessons Learnt and Reconciliation Commission (LLRC) that 146,679 people were not accounted for.

For someone like me who inhabits three interconnected locations, as a journalist who has witnessed and reported on ‘genocidal massacres’ and other human rights violations in Sri Lanka in 1984-1993, as a poet and playwright, and as an academic with ongoing research and teaching commitments to the sociological and anthropological study of conflicts and resistance, what happened in the last phase of the war was but one thing: genocide.

We know genocide is a complex phenomenon that cannot be addressed or understood solely through the lens of international law. Indeed, the contemporary international legal framework and related international institutions serve the interests of nation-states. Nation-states and consequent methodological nationalism have been the cornerstones of the international system. The political demands by non-state communities, nations without states and other marginalised groups have received inadequate attention in the international arena. This is precisely the reason why modern-day genocides that target ethnic minorities or nations without states or nationalities fighting for self-determination either go unnoticed or have not been conceptualised/interpreted as genocide, pursuant to the 1948 Genocide Convention.
General descriptions such as “mass slaughter” and “ethnic cleansing” do not have the same legal imperative as genocide. In almost all cases, the perpetrators are the states themselves. They will either not acknowledge the genocide or marshal international support to deny any kind of responsibility. Denial and/or cover-up are the key strategies for avoiding responsibility. The notoriously slow process associated with international prosecutions inadvertently facilitates denial and cover-up.
Since 1948, there has been a systematic and widespread campaign against Tamils in Sri Lanka, or what may be described as ‘genocide priming’ – a process of exclusion and oppression which resulted in pogroms against Tamils in 1956, 1958, 1977, 1983 and culminated in the genocide of 2009. Between June 1956 and December 2008, 145 genocidal massacres of Tamils took place in Sri Lanka. These are very well documented. As a journalist, I have visited the sites of 41 massacres in the period between 1984 and 1987, interviewed survivors and reported the massacres for the English language weekly newspaper Saturday Review, published in Jaffna. People massacred were men, women, children and even babies.

The tragedy of Tamils is not so much in the loss, dispossession and continuing genocide by attrition. It is our utter haplessness in hoping the very forces guilty of supporting and facilitating the Sri Lankan state would somehow provide redress.

Cheran Rudhramoorthy is one of the most influential contemporary Tamil poets. A native of Jaffna, Northern Sri Lanka, he worked for the non-aligned English weekly Saturday Review in the 1980s and contributed to the creation of the Tamil newspaper Sarinihar in the early 1990s. He is now teaching at the Department of Sociology at the University of Windsor in Ontario, Canada. His many publications span across the fields of multi-lingual poetry, literature, history, politics and culture.