The next few weeks & months are going to be tough for us all; We must all follow the guidelines.- Mangala Samaraweera 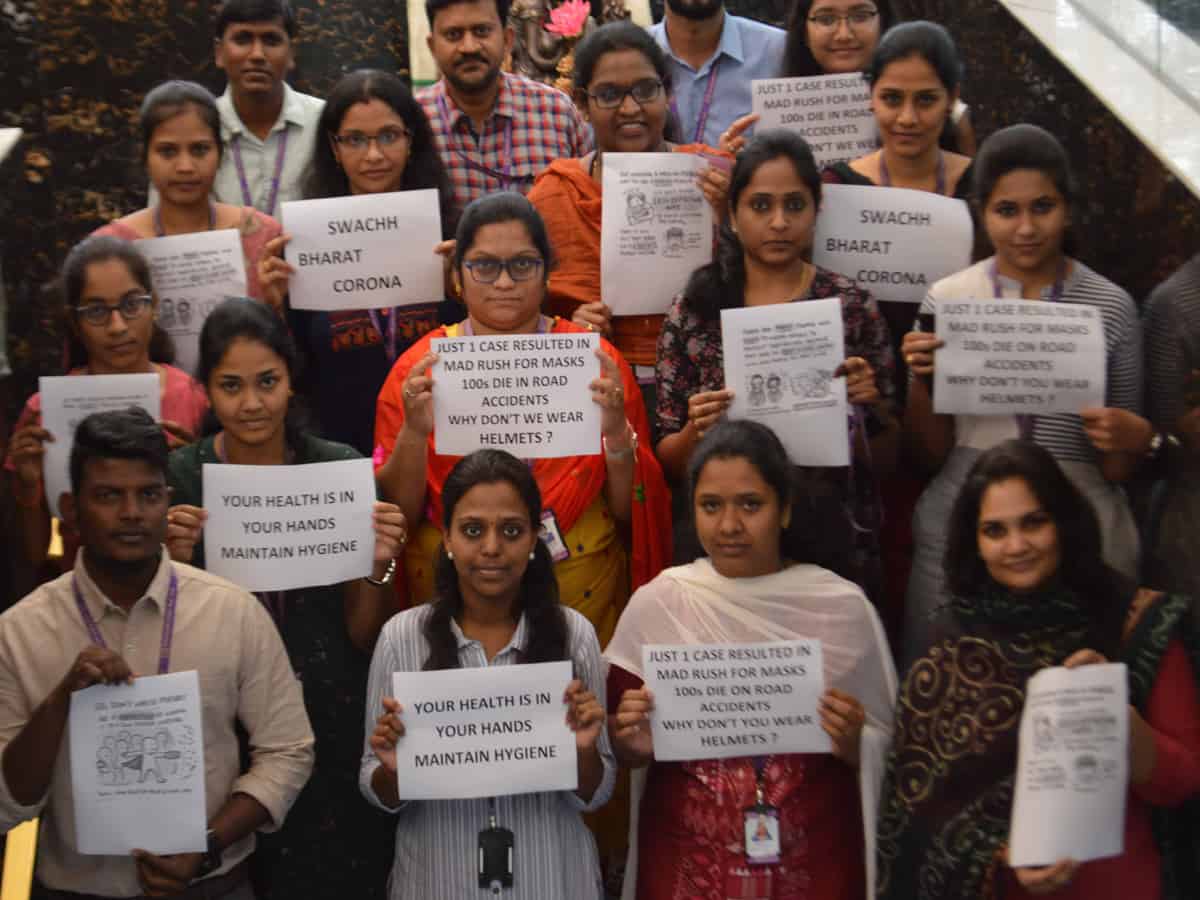 Sri Lankans have lived through countless crises. Civil wars, insurgencies, constitutional coups droughts and famines are but a few examples. Yet, even for the most seasoned among us, these are testing times. The entire nation – now in lockdown – is anxious. We are worried for our loved ones. We stress that our provisions will not last till the next time curfew is lifted. We fear that we will contract the virus when we set out. Day-earners, in particular, dread that their money will run out before the crisis ends.

We can all take encouragement and hope from the doughty and cooperative spirit we have demonstrated at this time. By and large, the Sri Lankan people and our State have risen to the challenge. Doctors and nurses – the generals and soldiers of our collective fight against the virus – have been doing an extraordinary job. They are at the frontlines, putting themselves at risk to keep us all safe. The public services, Police and armed forces are also bearing a great burden in supporting their efforts. I know the entire country is grateful to them all. The people have also largely acted with wisdom: we can be proud that following public health guidelines is not the exception across the island, it is the rule. We can also be proud that the Sri Lankan spirit of generosity has been manifest throughout the length and breadth of our island. This is true of the private sector too. Many firms are doing their bit to fight the virus. All in all, I think we can be very proud indeed to be Sri Lankans today. In fact, many tell me that the Sri Lankan people and State are setting an example for the entire region.

[alert type=”success or warning or info or danger”]Unfortunately, this is not entirely true of our Government. First, the Government initially ignored a number of warnings, including warnings raised in Parliament, and failed to take adequate preventative measures, such as in the case of travellers from Italy. Even more worryingly, a tourism promotion video was made by parties close to the very top of the Government, just as the pandemic was spreading through the world. There are also reports that persons near and dear to those in positions of power and responsibility have been sent through the VIP lounge, to avoid the screening and quarantine process.[/alert]

That said, once WHO raised the alarm, the response has been largely swift and effective. We welcome the fact that the Government is following scientific and public health advice. With one important exception, which is my second point. Schools were closed, public places shut, and holidays granted. The nation was coming to a stand-still. But the Elections Commission and political party offices were hives of activity. What choice did they have? The country was readying for polls. This was clearly a grave public health hazard. Elections are, after all, the precise opposite of social distancing. They involve campaigning, nominations, and tens of thousands of public servants organising a logistically complex operation over months.

There was no need for elections at that time. The President, although briefed on the coronavirus threat, decided to conduct early polls. Parliament’s term only finishes in August. Polls could be held then. Instead, the President chose to go ahead with polls. Even after the entire country was asked to stay at home, the President did not revoke the Election Gazette. By this action, he could have bought us all a few more days in the fight against the virus. Since early action matters so much, it may have avoided some of the hardship we are experiencing now. This is why the Elections Commission postponed elections the moment it had the power to do so, on the close of nominations. The Commissioners sought public health advice, and learnt it was the responsible and right thing to do. The President had access to the same public health advice. Regrettably, his actions appear to have been dictated by other considerations.

Third, there is absolutely no doubt that emergency measures like curfews are necessary. But any disruption to public life of such a wide-ranging and sustained nature must be predictable, hygienic, and adhere to the rule of law. The sudden announcement of curfew last Friday, the very short time-frame for purchasing essential items on Tuesday, and arbitrary extensions in some districts are regrettable. Citizens, including senior citizens, were unable to maintain social distancing due to the crowds. Pandemonium reigned in the Pettah market. At many shops, citizens had to wait for hours in the hot sun. This is bad enough. But even those at the frontlines – nurses, Police and PHIs – had to queue-up to purchase provisions. The Government should prioritise delivery services to their families. These risks, hardships, and sources of anxiety are regrettable and avoidable. I request the authorities to issue clear and predictable instructions. I also request them to request public health experts to study the practice of other democratic countries to avoid these problems.

There is also the question of the rule-of-law. The relevant public health legislation and emergency, such as the Quarantine Act, gives the Government the powers it needs to fight this virus. But it also specifies how those powers need to be exercised in order to prevent abuse. Therefore, it is my duty to ask, what regulations has the Minister of Health issued to give the curfew legal effect? What legal sanction can the Government use to punish curfew-breakers? In fact, the Government has an obligation to publish online all the regulations, whether old or new, that are currently being used to manage this situation.

Fourth, although it is not yet apparent, perhaps the gravest error the Government has made is its failure to convene Parliament. A pandemic of this magnitude calls for the entire system of governance to work together. There is only so much the President, Prime Minister and Cabinet can do alone. This will become all the more visible should the pandemic mutate into an economic crisis. In order for Sri Lanka to meet both these challenges, it needs to have all arms of Government active and working.

Without Parliament, the Government is fighting the virus and its effects with one hand tied. Without legislative approval, the debt ceiling cannot be raised to provide economic relief, nor can any other economic relief measure involving Government revenue or expenditure.

The Pre-Election Budgetary Position Report has just been published. That too is welcome. But it contains an insidious affront to democracy. It states that the Government intends to prepare what it calls a ‘Vote-on-Account’ using the powers of Section 150(3). First, Section 150(3) does not grant the President powers to prepare a Vote-on-Account. There can be no Vote-on-Account without a vote in Parliament. Section 150(3) of the Constitution clearly specifies that the President’s powers to draw on the Consolidated Fund after Parliament is dissolved is limited to funds necessary “for the public services”. In other words, funds necessary for paying the salaries of Government servants and keeping the Government running.

Second, the Pre-Election Budgetary Position Report’s stated intention to prepare a so-called ‘Vote-on-Account’ without a vote, usurps the Vote-on-Account voted by Parliament. The Parliament sanctioned Vote-on-ends on 30 April. However, the Pre-Election Budgetary Position Report states that the Government intends to prepare a so-called ‘Vote-on-Account’ for March, April, and May. It is unacceptable that a vote in Parliament, which the Constitution says, “has full control over public finance”, could be overturned by Presidential decree. I will release a detailed statement on this matter in the coming week.

[alert type=”success or warning or info or danger”]By depriving Parliament of the opportunity to meet, the Government is – entirely avoidably and very irregularly – taking public finance into its own hands. This is even more true because, unlike in 2015, when a Budget was passed before polls, the Government failed to pass a Budget before declaring elections.[/alert]

In challenging times, it is also constitutionally proper to have the people’s representatives meet to steer the country through these perilous waters. Section 70(7) of the Constitution, which empowers the President to convene Parliament in an emergency, exists for precisely such an eventuality. Mr. President, I believe it is your duty and responsibility to ensure that Sri Lanka has a Legislature at this time of emergency.

Even if Parliament, on public health grounds, cannot meet as a full House, there are other alternatives. The minimum quorum for Parliament to meet is 20. By mutual agreement, those twenty members can reflect the composition of Parliament. For example, in New Zealand, a Parliamentary Select Committee will function throughout the lockdown to ensure the Government remains accountable to its citizens.

The next few weeks and months are going to be tough for us all. Our health, livelihoods and economy are under grave threat. Each one of us must do our bit. The doctors and nurses are already doing an extraordinary job advising, directing and healing. Public servants are helping implement the measures they recommend. The Government must govern; humanely, scientifically and legally. The Opposition must both support and critique the Government; constructively, responsibly and creatively. As citizens, we must all follow the guidelines issued by the health authorities at all times and join hands – irrespective of any and all differences – to fight a virus that threatens us all, without regard for borders or any differences created by man.