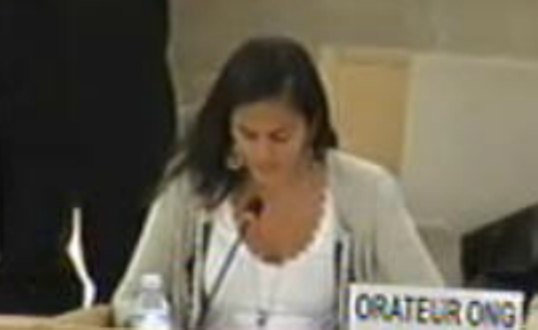 Friday, 15 March 2013
Thank you, Mr. President. FORUM-ASIA makes this statement in association with its member organisations in Sri Lanka, Law and Society Trust (LST) and INFORM-Human Rights Documentation Centre.  We express our disappointment with the manner in which the Sri Lankan delegation engaged with the UPR Working Group and regret the absurd move made by several States to edit their recommendations so that the outcome document focuses only on the National Plan of Action, not the entire recommendations from the Lessons Learnt and Reconciliation Commission (LLRC).
Contrary to the government’s replies to the report of the UPR Working Group (A/HRC/22/16/Add.1), this is far more serious than a simple “divergence in terminology” as the National Plan of Action includes merely a fraction of the 285 recommendations made by LLRC, Sri Lanka’s own national process.

Mr. President, the blunt rejection of a great number of useful and important UPR recommendations is an additional telling sign that this government’s commitment to reconciliation and accountability is simply rhetorical. For instance, the government rejected the recommendations to set up a national mechanism to look into the issue of enforced disappearances, which was also recommended by LLRC, and refused to accept the visit request of the UN Working Group on Enforced and Involuntary Disappearances which is long outstanding. Furthermore, the government’s reply that the recommendations regarding protection of human rights defenders “are already catered for by the Constitution and ordinary Penal Code” and therefore there is no need for the adoption of national policies, shows its total disconnection from the reality on the ground demonstrated by the well documented cases of threats, intimidation and reprisals against human rights defenders, journalists and media personnel in the country.

Mr. President, we draw the Council’s attention to the ongoing human rights violations in the Tamil-majority north of Sri Lanka. Last week, the police prevented hundreds of families of disappeared persons from conducting a peaceful procession to Colombo from Vavuniya to deliver a petition to the UN office. In November 2012, the military cracked down on a peaceful protest at Jaffna University and detained student activists for several months without due process. Journalists and newspaper distributors from the Jaffna-based newspaper Uthayan were brutally attacked allegedly by military and intelligence officers in civilian clothing in November 2012 and again in January 2013, which follows the decades of killings, abductions and assaults against Uthayan’s staff.

Finally, Mr. President, we are appalled at the Sri Lankan delegation’s claim during the UPR Working Group session that the military offers “no intrusive presence impacting on civilian life” in the north. We call for the immediate end of military involvement in civilian affairs. The approximately 85,000 soldiers deployed currently in the north and east must be significantly reduced. Thank you, Mr. President.
—