The Future of a Government Hangs On a Tweet, a Street Protest or a Report of a NGO- UN Rights Chief 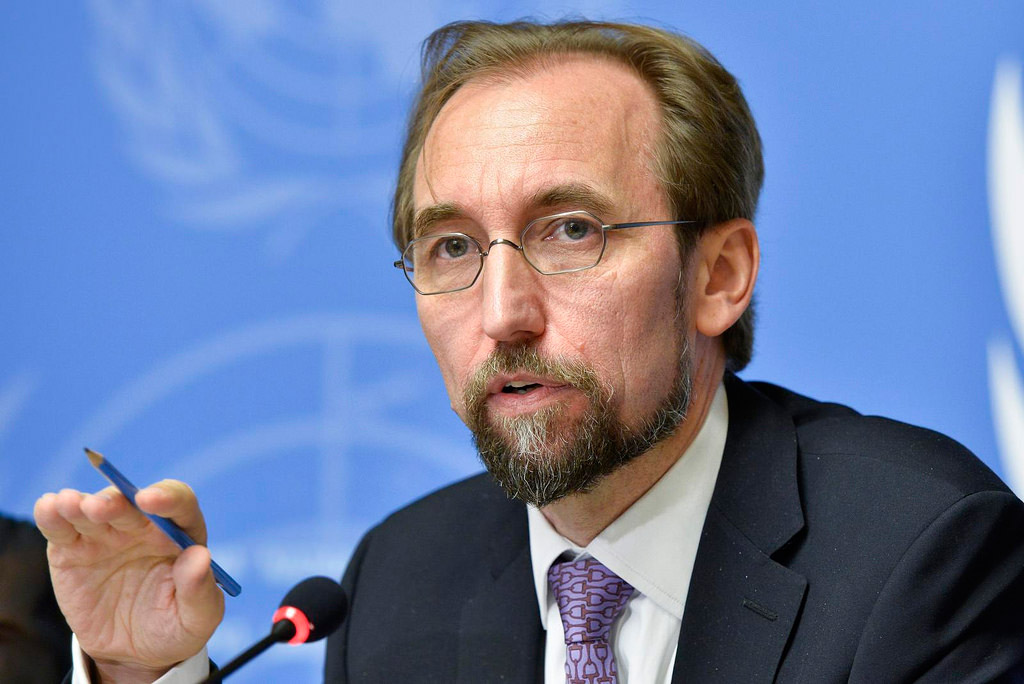 22 October 2014 – At the root of crises confronted by the United Nations usually lies a “complex web” of violations of economic, social, cultural, civil and political rights requiring solutions that can only come from more emphatic and comprehensive protections, the Organization’s top human rights official said today.

The High Commissioner presented a report on the work of his Office (OHCHR) between August 2013 and July 2014, under his predecessor, Navi Pillay.

“From the relentless slaughter in Syria and its spill-over to a new wave of barbarity in Iraq; from the deplorable conflict in Ukraine to the entirely avoidable bloodshed in South Sudan – and…the smouldering spread of Ebola – 2013-2014 was a year of devastating impact on human rights,” Mr. Zeid said.

Moreover, a “toxic tide” of discrimination and xenophobia has undermined the rights of people in several States. The right to development has been threatened by austerity policies that disproportionately burden the poor. Migrants have continued to endure appalling suffering, with deadly events at sea. And women continue to be violently attacked in many countries.

“If, despite all the power and authority at its disposal, the future of a Government hangs on a tweet, a street protest or a helpful report to an NGO [non-governmental organization] or UN agency, then that Government is in far deeper trouble than it believes. For it has forgotten the fundamental principle that the State is the servant of its people – not the other way round,” said Mr. Zeid.

During the period covered by the report, OHCHR conducted three monitoring missions to Mali, in the midst of the crisis; rapidly deployed a comprehensive human rights monitoring mission to Ukraine; issued public reports on human rights developments in Mali, Ukraine and Iraq; deployed a team to the Philippines to provide advice on key human rights responses in the aftermath of the typhoon; and took part in the training, planning, review and reconfiguration of United Nations peace missions – most recently in the Central African Republic.

In fact, OHCHR personnel were the first UN staff to arrive in conflict areas in Ukraine, in Mali and in Kyrgyzstan, as well as several remote areas of the Central African Republic following the outbreak of the current conflicts, Mr. Zeid said.

As detailed in the report, OHCHR has provided technical assistance to dozens of countries on a very wide range of issues, spanning our six thematic and cross-cutting priorities – discrimination; the rule of law and ending impunity; poverty; violence; continuing efforts to improve international human rights mechanisms; and widening the democratic space – as well as a cross-cutting theme, migration.

OHCHR’s work with the Human Rights Council has included assistance with panels and reports on issues such as privacy in the digital age; the use of armed drones; and sexual orientation. OHCHR has also supported the work of the Council’s Universal Periodic Review.

“When I took up my mandate as High Commissioner for Human Rights last month, I was startled to discover that all the extensive work of this Office is achieved despite funding shortfalls that burden the Office with significant capacity deficits,” said the High-Commissioner.

And the workload is only increasing, he added, underscoring the growing number of Special Procedures mandates, as well as the Commissions of Inquiry and fact-finding missions mandated by the Human Rights Council and the Security Council. At the end of July, there were 52 mandates and 73 mandate holders, including 38 thematic mandates and 14 country mandates.

OHCHR was also assisting or conducting three Commissions of Inquiry or mandated investigations – on the Syrian Arab Republic, Central African Republic and Sri Lanka – with three more soon to become operational, on Eritrea, the occupied Palestinian territory including East Jerusalem, and Iraq.

“This is not sustainable,” Mr. Zeid said.

“When human rights go wrong – when violations and abuses generate explosive crises and conflicts – the cost in bloodshed, in wrecked economies and humanitarian aid is titanic,” he added, urging the world to enable his Office not only with the capacity to detect and alert to violations, but to ensure that the “alarm bells” are followed by swift action.
-UN